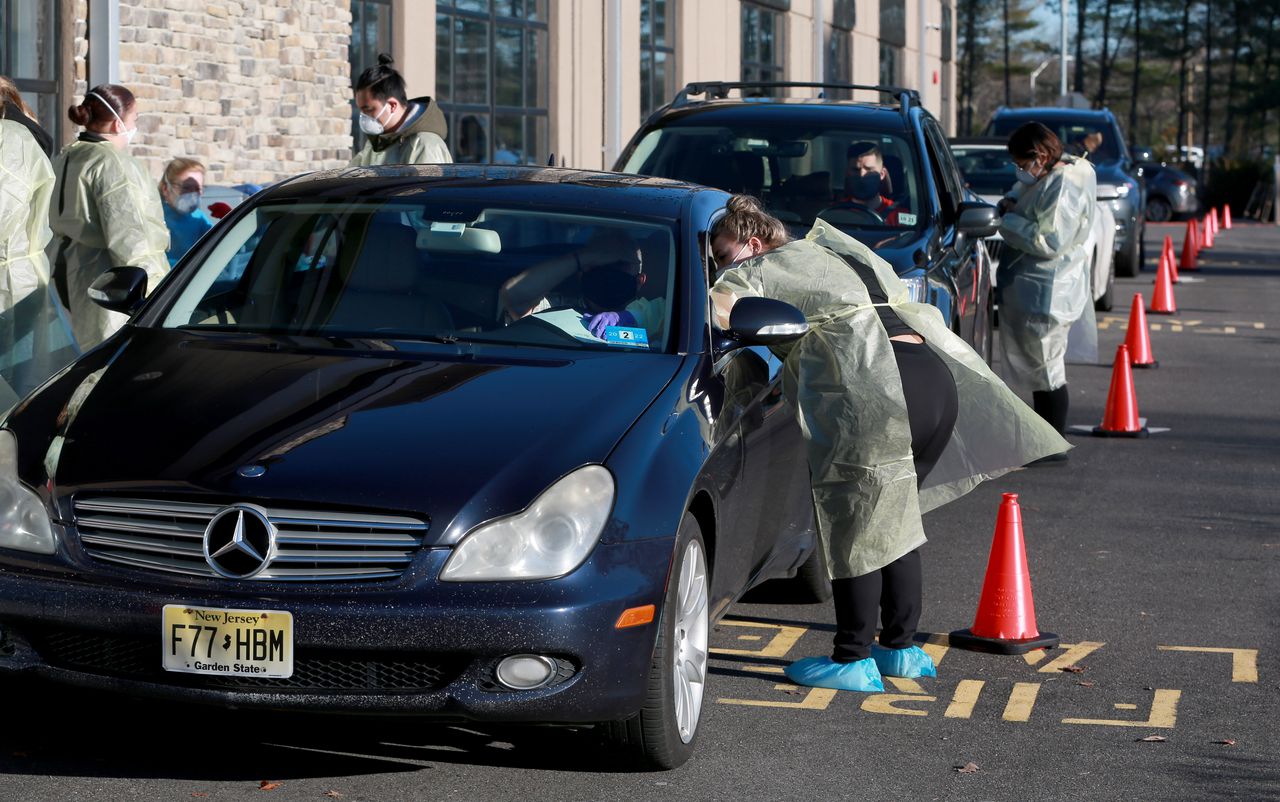 The day after Christmas, many key figures used to track COVID-19 continued to decline, even though the deadly virus continued to cause damage.

New Jersey reported another 4,000 coronavirus cases and another 19 confirmed COVID-19 deaths on Saturday, while the hospitalization rate continued to decline, and the statewide transmission rate remained below the key benchmark 1.

Governor Phil Murphy urged residents to keep gatherings small during the Christmas and New Year celebrations, and only immediate family members to avoid a surge after the holidays.

The statewide virus transmission rate has not declined, still at 0.95, but still below 1. Before Saturday, the rate fell to 0.95 for 12 consecutive days, the lowest level since September 2.

A number greater than 1 means that every person who gets COVID-19 spread the disease to more than one person, and reducing the ratio below 1 is considered the key to curbing the pandemic.

As of Friday night, the number of confirmed or suspected coronavirus cases hospitalized across the state has dropped to 3,431 patients. This is much lower than the more than 8,000 patients at the peak of the first wave in April. Since December 8, the number of inpatients has hovered above 3,500, and fell below the baseline on Saturday.

The number of COVID-19 patients in the intensive care unit continued to decline, from 753 on Thursday night to 724 on Friday night. The number of patients using ventilators also dropped to 478.

Officials said that the largest proportion (more than 60%) of the recent new cases was the result of spreading in private places and came from the whole state.

Since the outbreak in March, New Jersey has reported 458,901 of more than 7.46 million tests. These totals do not include quick tests.

The state’s 9 million residents have reported 18,613 deaths, of which 16,668 have been confirmed deaths, and 1,945 have died from complications related to the virus.

The state reported on Wednesday that New Jersey had confirmed 7 new outbreaks in schools, resulting in 31 new cases.

Currently, there are 105 confirmed outbreaks in schools across the state, causing 459 cases among students and staff in 98 schools.

These figures do not include students or staff who are believed to have been infected outside the school, or cases that cannot be confirmed as an outbreak in the school. Although the number is increasing every week, Murphy said that school outbreak statistics are still lower than state officials expected when the school reopened.

He said the school’s extensive regulations, including social evacuation guidelines for classrooms and strict mask requirements, make the school one of the safest places in the state. The governor said that since the beginning of the school year, a total of 250,563 cases have been reported across the state, and only 2/10 of 1% “can be traced to our school’s activities”.

A statistics conducted by Johns Hopkins University showed that as of Saturday morning, there were more than 79.9 million positive COVID-19 tests worldwide. More than 1.75 million people died from coronavirus-related complications.

The United States has reported the most cases at over 18.7 million and the number of deaths at over 330,300.

Thank you for relying on us to provide news you can trust.Please consider supporting NJ.com Voluntary subscription.

Rodrigo Torrejon may be in rtorrejon@njadvancemedia.com.Follow him on twitter @rodrigotorrejon.