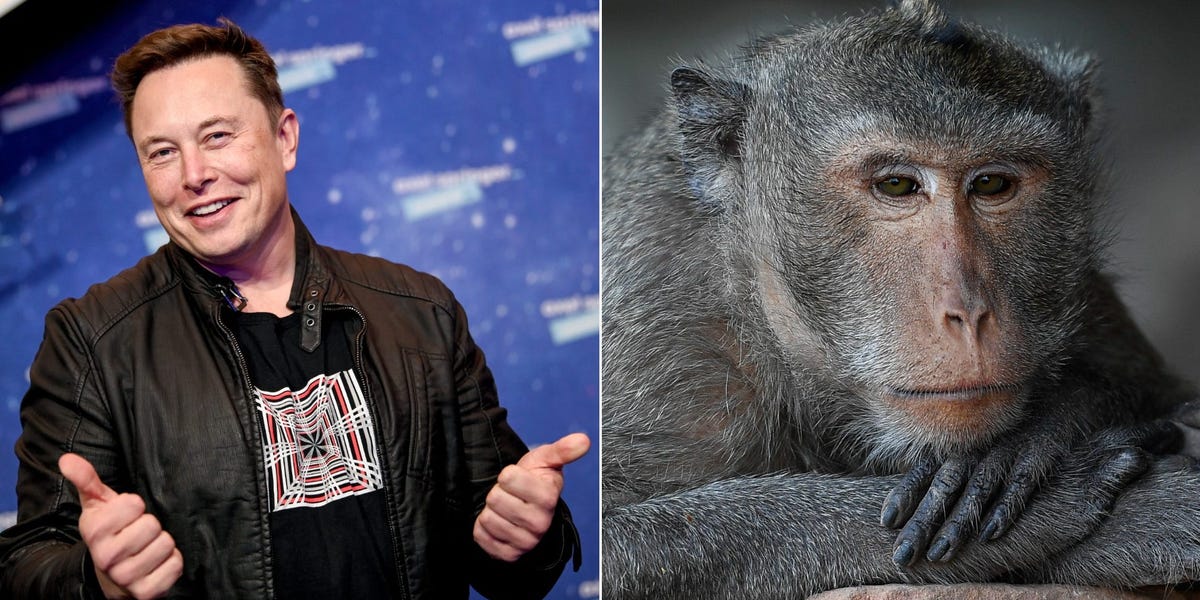 Neuralink, a company founded by Musk, is developing microchips that apply artificial intelligence technology to the human brain. The company released a video on Thursday that appears to show macaques using the technology to play video games, including “Ping Pong ball”

Musk has previously boasted about Neuralink’s primate testing, but this is the company’s first demonstration of the product. In a speech in 2019, Musk said that the company has enabled monkeys to “control computers with their brains.”

In August 2020, the company conducted a live demonstration of the technology on a pig named Gertrude.

Neuralink said that the monkey named Pager had implanted a chip in his brain six weeks ago. In the video, he was given a joystick, which was connected to a video game, in which he moved the cursor over the colored square. When he successfully moves the cursor, he will be given some banana milkshake through a tube.

In theory, the same technology can be used to control synthetic limbs with Neuralink brain implants. Musk said in a tweet on Thursday that the first Neuralink product will allow paralyzed people to control smartphones.

Newcastle University professor and neuroscience expert Andrew Jackson told Insider that it is nothing new for primates to control video games through neural interfaces-a similar demonstration could be performed in 2002-but said that this is right for this. Technology is a good test.

He said: “If you invent a new telescope, it makes sense to first point it where you know what you will see.” “So they will follow a very sensible method to verify their equipment. I am sure, The device will contribute to new scientific discoveries in the future (especially if they make them widely available to scientists), as well as increase the availability of existing neural interface technology. For people who are paralyzed.”

Jackson added that the engineering technique for wirelessly implanting the device into Pegel’s skull is a major advancement.

Jackson said: “What is absolutely new and innovative is that there is no cable through the skin, and the brain signals are all sent wirelessly.” “For me, this is an improvement here, and it is important for improving the safety of human applications (through the skin). The metal wire is a potential route of infection) and a way to improve animal welfare in neuroscience research is very important. The Neuralink team has definitely made progress in this area.”

Rylie Green, a bioengineering researcher at Imperial College London, also praised Pager’s apparent welfare. She said: “The best thing I have seen from the video is that the macaques are moving freely.” “There are no visible components related to it. I want to say that this is definitely progress, not super innovation, but a step forward. A positive step.”