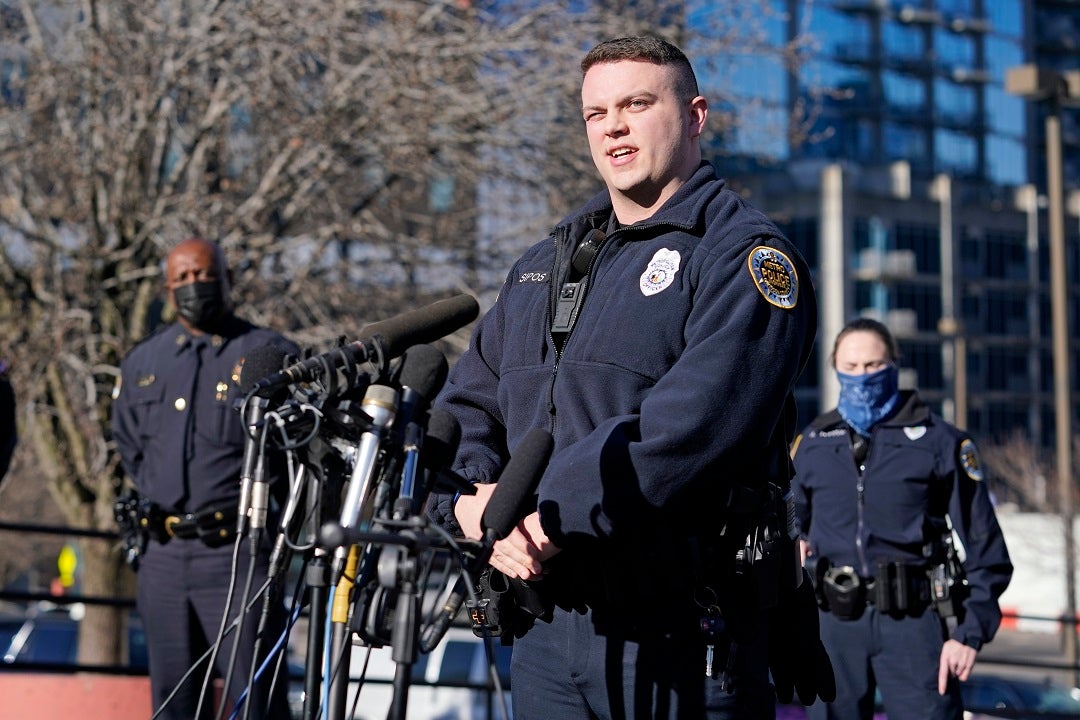 Before last week’s Christmas bombing, police footage taken by six police officers who were evacuated in Nashville showed the moments before and after the explosion that shook the city’s downtown.

A 13-minute video taken from Officer Michael Sipos’s camera showed him and other officers walking in the area as they tried to investigate a suspicious RV and issued a loud warning around 6:30 in the morning

“Your main goal is to evacuate these buildings now,” RV said. “Don’t approach this car.”

The video shows that when the RV warned of the bomb, the officer tried to evacuate his family before the explosion. When Sipos and another officer crossed the road from the vehicle, he commented on the alert.

Once, the RV started playing a song “Downtown” identified by an authority as Petula Clark.

Sipos told reporters on Sunday: “Between me and all other officials, I think we have made contact with six or seven families.” “At the time, the officer [Tyler] Luellen outside, let us know that the recording has changed. I believe that is when a song starts to play.

In the video, a police officer was heard watching the RV parked next to the AT&T building.

The official said: “The building next to it is the location of all telephone lines in the entire southeast.”

“It makes sense,” the other replied. “A good place to put a bomb.”

Then Sipos walked to the cruiser and put on protective gear.

He said on Sunday: “We decided to heavier the plate to prepare for what might happen after the countdown. At that point I went back to the church street and turned to First Avenue where my car was parked.” I took out some equipment in my trunk. I felt pushed and thrown into the trunk. Then I turned around and saw a very orange sky and a lot of smoke.”

He rushed to the explosion zone, littered the streets, and officials began to guide people to a safe distance.

A police officer said: “Where is your car? Get in.”

The RV seems to be swallowed by flames, and the sound of car horns can be heard from a distance and from the siren. A series of bangs can be heard, probably from the RV.

When Sipos returned to his car, he told another group of onlookers to leave the scene.

Police Chief John Drake believes that the police action saved many lives because only three people were injured.

He said: “We are not talking about the wreckage here, but about potential people.”

Authorities said the 63-year-old owner Anthony Quinn Warner died in the explosion. Investigators are still trying to determine the motive of the attack. The explosion damaged the AT&T building, causing communication interruptions in Nashville and its surrounding areas.