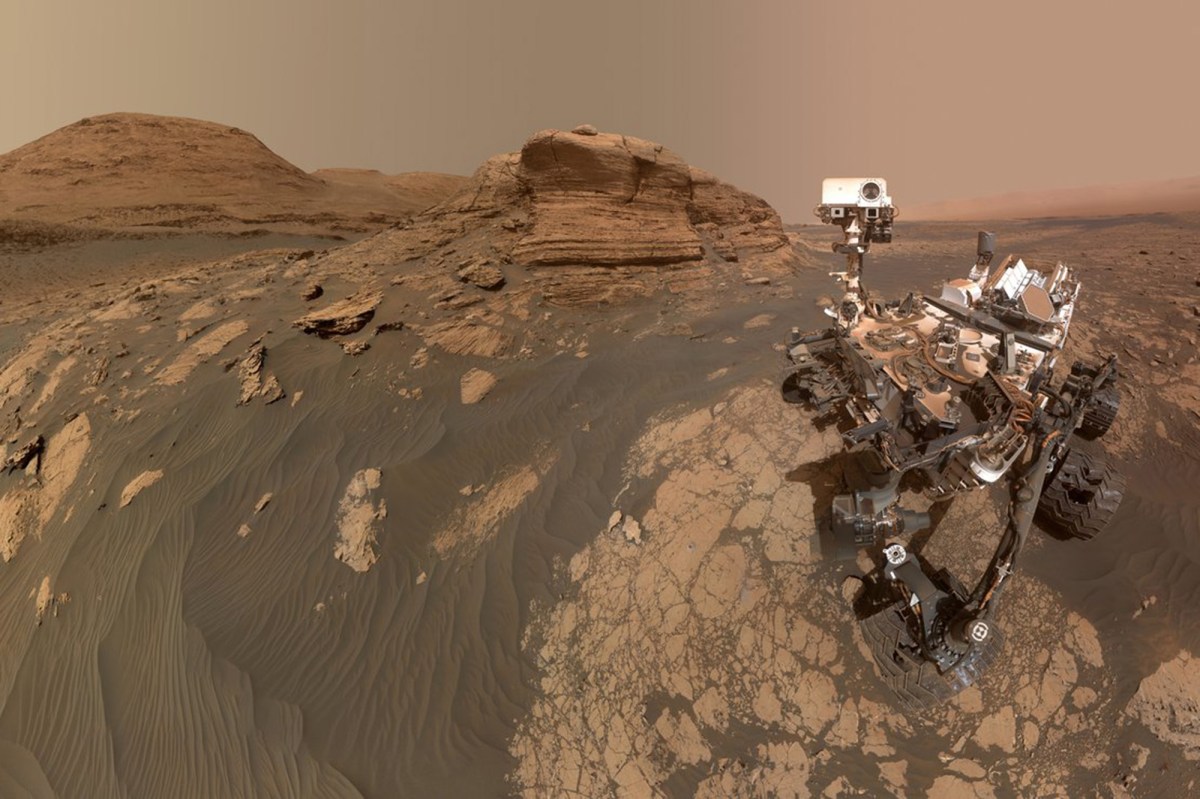 The Curiosity team explained in a tweet that this photo was taken near an impressive rock formation called “Mont Mercou” behind a mountain in southern France.

“Hope you are here! This selfie was taken in front of “Mont Mercou”, which is a 20-foot (6m) high rock formation. It looks close enough to discover a new borehole-this is what I have so far The 30th sample to date.”

A selfie taken earlier this month was released along with two other 3D panoramic photos of the Martian landscape.

In the caption of the picture, JPL explained that Curiosity stitched together different pictures to create a selfie in front of a 20-foot-high rock outcrop.

They wrote: “The panorama consists of 60 images taken by the Mars Handheld Lens Imager (MAHLI) on the rover̵

A hole can be seen on the left side of the rover, and a rock called “Nontron” by scientists was sampled on the robot drill bit of the hole. The rock is a village in southeastern France.

The nickname associated with non-tron was chosen because Mars orbiting satellites detected nontronite (a clay mineral) in the area.

In JPL’s Tuesday press release, the researchers explained that Curiosity’s exercises had “pulverized” non-tron samples before they were scattered into the instruments inside the rover.

In order for their scientific team to better understand the composition and history of the rock, this process is essential.

“This area is at the transition point between the “clay unit” where curiosity has disappeared and the “sulfate unit” in front of Mount Sharp, a 3-mile-high (5 km-high) mountain owned by the mobile station. Since 2014 It has been growing since years,” they wrote.

JPL added: “Scientists have long believed that this transformation may reveal what happened when Mars became the desert planet we see today.”