More than 55,000 animals are believed to have caught fire on a German pig farm 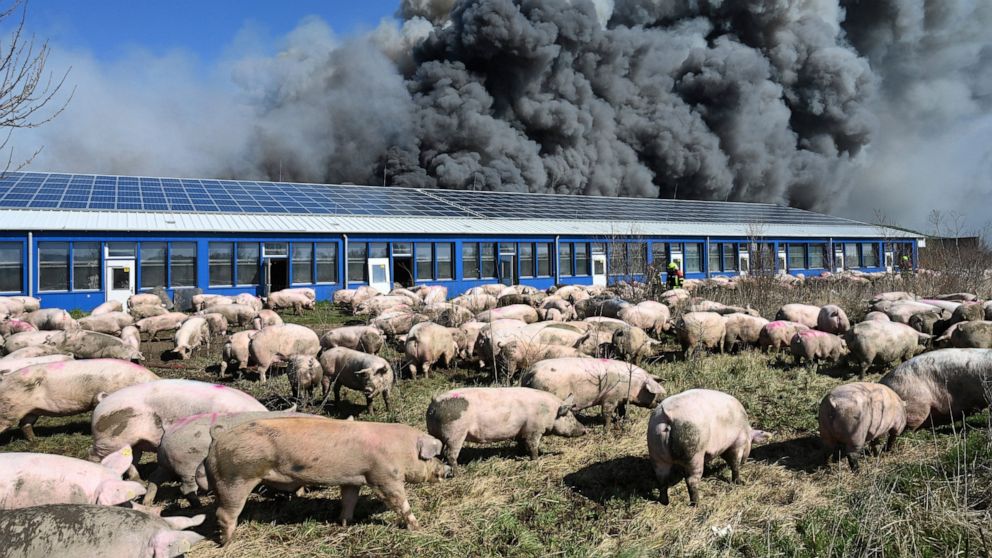 An operator of a pig farm in northeastern Germany said that a fire is believed to have killed more than 55,000 animals

The operator said on Thursday that a fire at a pig farm in northeastern Germany is believed to have killed more than 55,000 animals.

On Tuesday, a fire broke out at Alt Tellin̵

7;s factory in the northeastern corner of Germany. It spread quickly, partially through ventilation shafts, and destroyed stalls where animals were kept.

Ralf Beke-Bramkamp, ​​a spokesperson for the operator LFD Holding, told the German news agency dpa that more than 55,000 animals had died. About 7,000 sows and 50,000 piglets in the facility were listed at the time, and only 1,300 animals were rescued.

The cause of the fire is unclear. Police spokesman Andrej Krosse said that this was an “extremely difficult” investigation, and someone used a drone to survey the affected area.

The Alt Tellin facility is one of the largest of its kind in Germany. On Wednesday, demonstrators gathered at the scene, with placards saying “Stop torturing animals.”