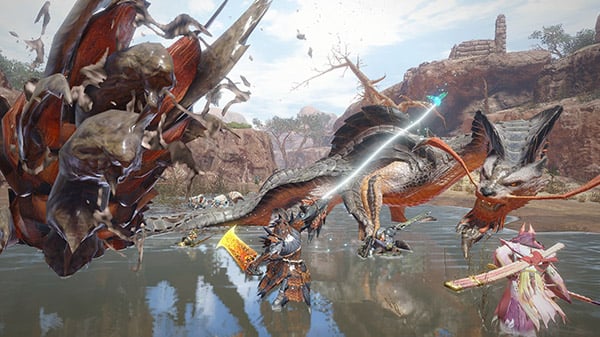 Monster Hunter Rise It was launched globally for Switch on March 26, and broke through 4 million shipments and digital sales on March 29. The PC version is scheduled to be released in early 2022.

This is an overview of the game through Capcom:

7;s proprietary RE ENGINE, the purpose is to provide a new, easy-to-use monster hunter An experience that can be enjoyed with anyone anytime, anywhere. In addition to new monsters and locations, the game also brings a series of new exciting hunting actions through Wirebug, making the hunting experience a whole new look. In this way, players can pass through rocky cliffs through Wall Run, fly over rugged terrain and traverse the air at high speed, and even restrain monsters and control them. Excitingly, a new hunting buddy named Palamutes made its debut, and hunters can ride it to quickly browse the map. After publishing two demos with local partners and online partner demos, the title was well received, and the demo has shipped more than 5 million units in one week since its release.