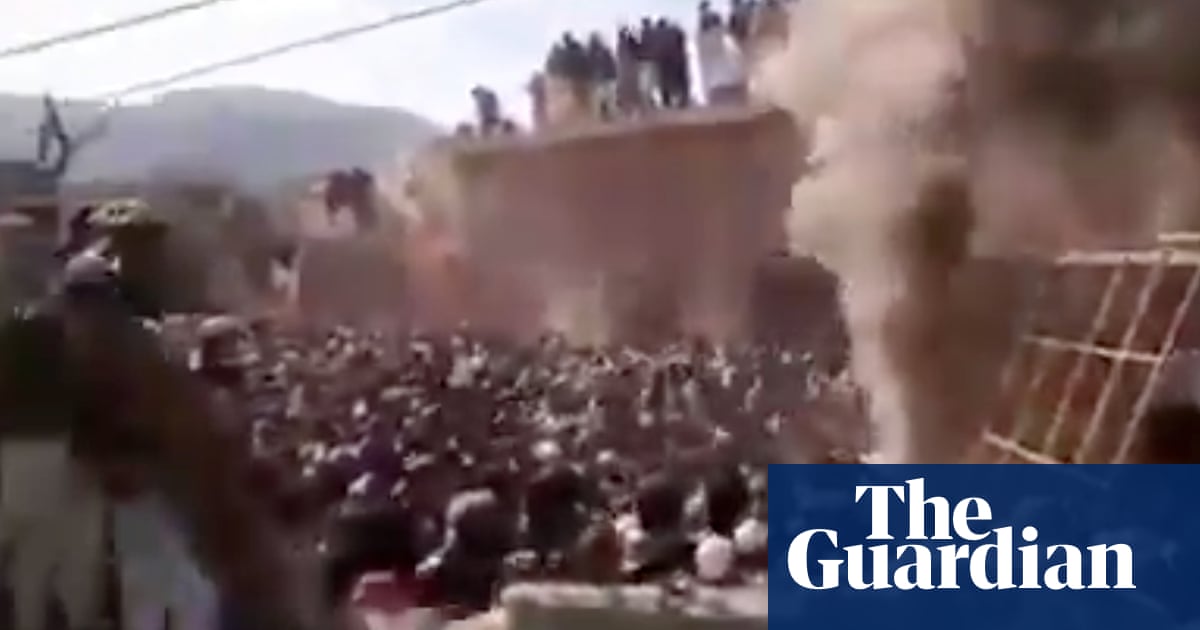 A violent religious mob set fire to a Hindu temple in the Khyber Pakhtunkhwa area of ​​Pakistan and tried to throw it to the ground.

According to reports, thousands of people, led by Islamic priests, landed on a Hindu temple in Terry Village, Karak District on Wednesday, and began to tear bricks from the walls and set them on fire.

No one was in the temple at that time. On-site video shows that the crowd chanted slogans and greeted the destruction.

Today, religious extremists in Kerakah, India demolished a Hindu temple. This is a very shameful moment for us because it reflects how we treat our ethnic minorities.
Unless and until the rights of minorities are protected, you cannot run an alliance. Strongly condemned. pic.twitter.com/PJOKZA3a1

The shrine was built in 1919. It used to be a division that separated India and Pakistan, but it was recently renovated after the Supreme Court issued an order in 2015. This is the second time it has been demolished since it was destroyed in 1997. Composed of a group of Muslim fanatics.

Out of security concerns about the temple, police and guards have been stationed outside.

A local resident who asked not to be named said: “It has been beautifully decorated. The community loves the work, but it is always threatened by the extremists who destroyed it last time.” “I can’t say how much it was destroyed. , But people say it has been severely damaged.”

In the last few days after building a small property next to the temple, Wrath began to build it. The locals mistakenly believed that this was an expansion of the shrine without permission.

Another local resident said in an interview with The Dawn: “More than 1,000 people led by some local elders from a religious group staged a protest and demanded the demolition of the homes of Hindus. Residents of nearby villages a few days ago A protest was announced, but it was completely ignored by the police.”

The police confirmed that they had approved a peaceful protest, but after the inflammatory speech angered the crowd, the people “held the law in their own hands.”

He said: “The police assured me that they will arrest the perpetrator as soon as possible.”

The Minister of Human Rights Shireen Mazari wrote on Twitter: “We firmly condemn the burning of Hindu temples by the mob of Kayber Pukhtunkhwa Karak. The KP government must ensure The culprit [are] Be brought to justice. “

Mazari said the government will investigate the incident. She said: “As the government, we have a responsibility to ensure the safety and security of all our citizens and their places of worship.”

As an Islamic country, Pakistan has often been shown to be hostile to its Hindu minorities, and Hindu places of worship are increasingly being destroyed or targeted by violence. Earlier this year, after accusations of desecrating a local Hindu boy, the Hindu temple in Karachi was destroyed.

In July, Islamic radicals challenged Islamabad in court and prevented it from building the first Hindu temple. However, last week the Islamic Thought Committee of the state agency approved the project.