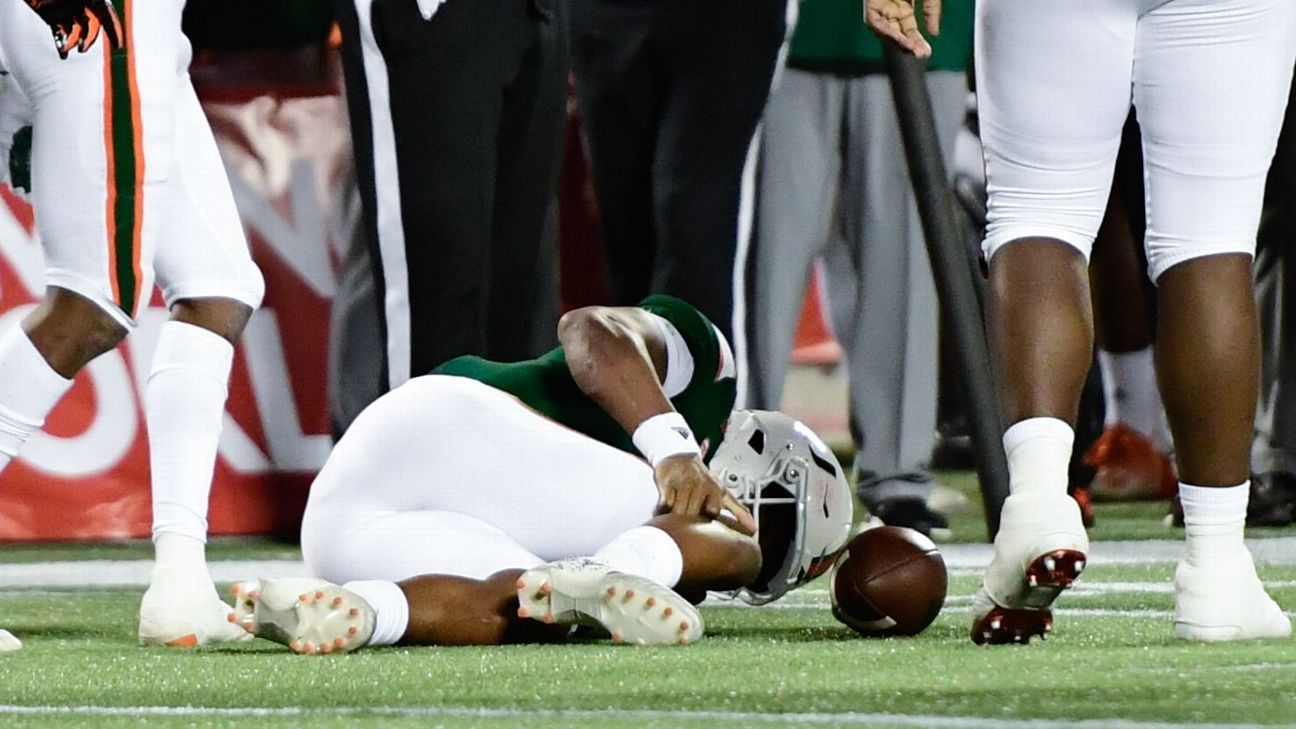 Miami Hurricane quarterback D’Eriq King will undergo surgery to treat a torn anterior cruciate ligament on his right knee, but the school said he expects to start work at the camp in the fall of 2021.

Miami said in a statement on Thursday that it will determine a clearer timetable for the King’s return after the operation.

Before King was fired in the Cheez-It Bowl against Oklahoma State University in Orlando, Florida, King’s right knee appeared to have been buckled. He stayed on the ground, grabbed his knees, and then retracted with the help of the coach.

Miami coach Manny Diaz (Manny Diaz) said in a statement: “We are obviously disappointed with D’Eriq, but we know that he is in a good position among our medical staff.”

; Rick (D’Eriq) is the head of this football team. We know he will recover with the tenacity that he has been exposed to all aspects of the game since he arrived on our campus. We can’t wait to see him return to the game in August The area that leads our team.”

This is the same as Kim suffered a torn meniscus in Houston in 2018.

Earlier on Thursday, Kim said on Twitter: “Thank you for all the texts and calls, I will be fine!”

King moved to Miami in January last year and had a stable season, throwing 2,686 yards and 23 touchdowns, including 5 interceptions, and rushing for 538 yards and 4 touchdowns. He announced last week that he will return to Miami for his sixth season.