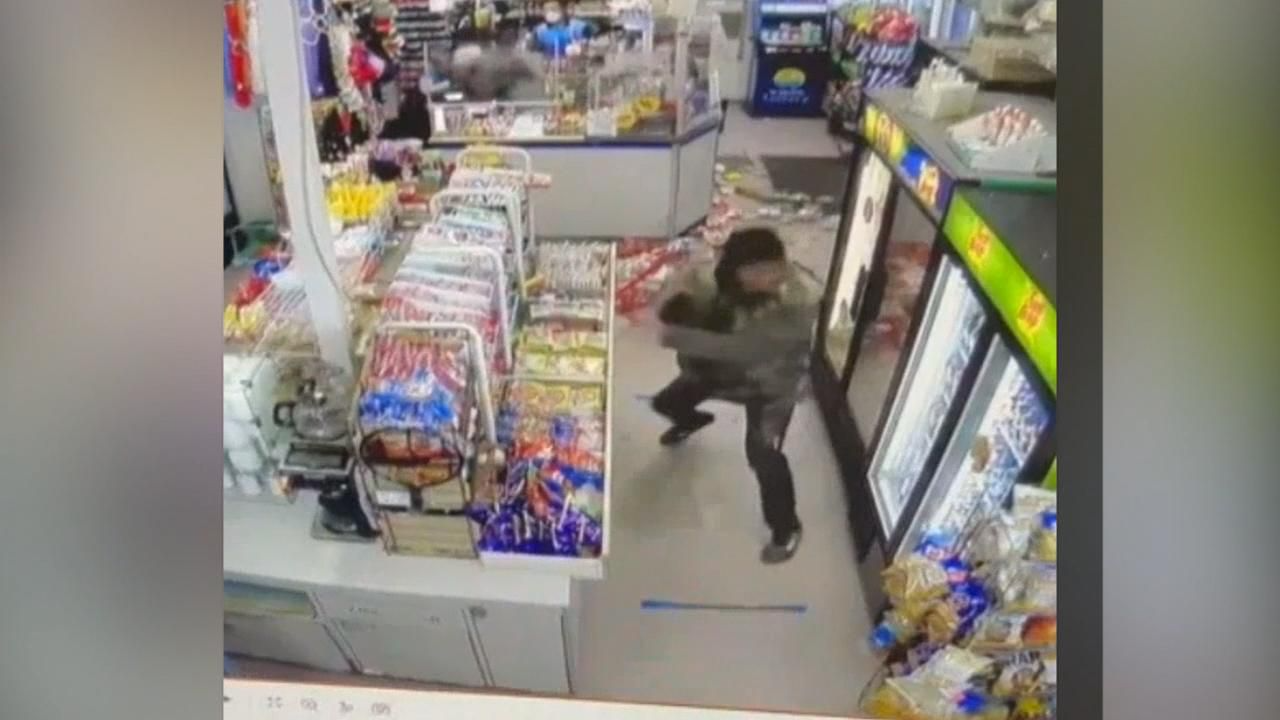 CHARLOTTE, North Carolina-Surveillance video shows him being sued after destroying a Korean-owned convenience store in a Charlotte residential area on Tuesday afternoon.

The incident occurred at about 3:30 in the afternoon on the Debris Plaza on Trade Street in the Charlotte Transportation Center.

The owner of the business is Korean and has been in business for about 20 years. Their son, Mark Sung, told Channel 9 that there is no doubt that their goal is because they are Asian, and therefore become the family̵

Video from the store’s surveillance cameras showed that 24-year-old Xavier Woody Silas walked into the store and immediately pulled down the shelf. Then he picked up a metal rod and swayed it throughout the store, hitting shelves and beverage machines.

(Watch the surveillance video of the attack below)

Security personnel at the transit center called the police who arrested Silas. The owner and customer were inside at the time of the robbery, but were not harmed.

Sung said that this is not the destruction of his family’s story.

He said: “We average about once a year of this kind of incident.” “I think it’s only early this year.”

Sung told Channel 9’s senior crime reporter Mark Becker that he believed his family had banned a man from the store and hired Silas to take revenge on the store.

He said that during the attack, Silas was screaming racial slander.

“When he did this, he was talking about racial slander, cursing us, and threatening us. The guy we were forbidden eventually walked into the store, cheered him up and shouted: “That’s what you got! That’s what you get! Back to your country!

After a day of cleaning up, Sung said his parents reopened the store. He told Channel 9 that he gave up hope that the hope would disappear.

He said: “The whole issue of racism will not go away.” “It has been around for centuries.”

Silas was arrested but was later released. He faces several charges, including allegations of damage to personal property, communicating threats and unethical behavior. Officials said that under North Carolina’s hate crime laws, police are also pursuing potential charges of misdemeanor racial intimidation, based at least in part on charges against shop assistants.

GoFundMe started to help Sung’s family repair the loss of the store and has raised more than $17,000. You can donate here.

“On March 30, 2021, a violent incident occurred in the debris plaza of the Charlotte Transportation Center (CTC), which caused extensive damage to the company. The suspect involved in this incident, Mr. Xavier Rashee Woody-Silas, was immediately arrested by G4S. The police arrested and received the following charges:

In addition, CATS understands that the police are prosecuting potential misdemeanor racial intimidation (under North Carolina’s hate crime statutes), based at least in part on charges against shop assistants.

The suspect was also prohibited from using all CATS facilities and services.

CATS has confirmed that G4S has increased the number of personnel in the CTC. CATS strongly condemns any acts of racism or violence and will continue to prioritize everyone’s safety. “