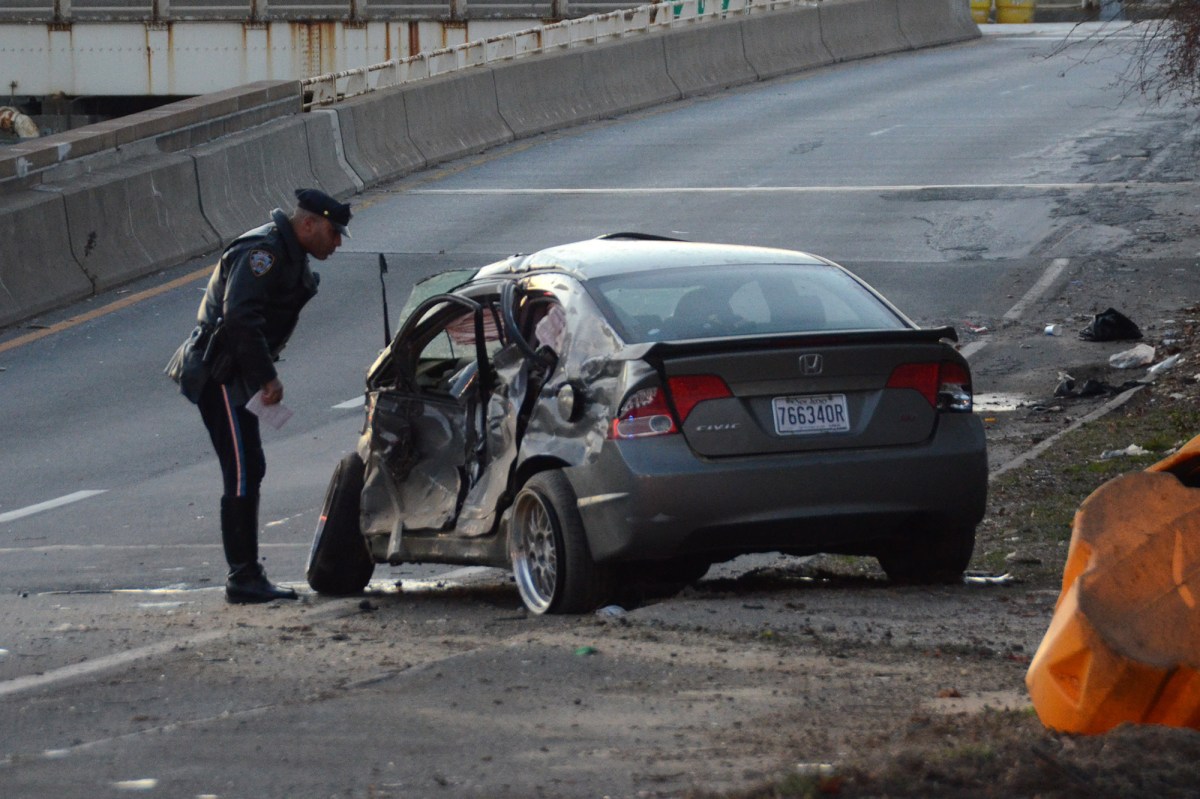 Police said three people were injured in a car accident in the Bronx on Saturday morning, including one.

According to the New York Police Department, the crash occurred at the exit of the Macombs Dam Bridge on 161st Street when the Honda Civic was driving south on the Great Degan Highway at approximately 5 am.

Police said a gray Nissan car hit the car on the driver’s side and pushed it into the safety barrel and guardrail.

A 27-year-old man, a 36-year-old woman and a 30-year-old man were taken to Lincoln Hospital. The man in his twenties was in critical condition Saturday morning.

The police said that neither of them fled the scene and the investigation is still ongoing.