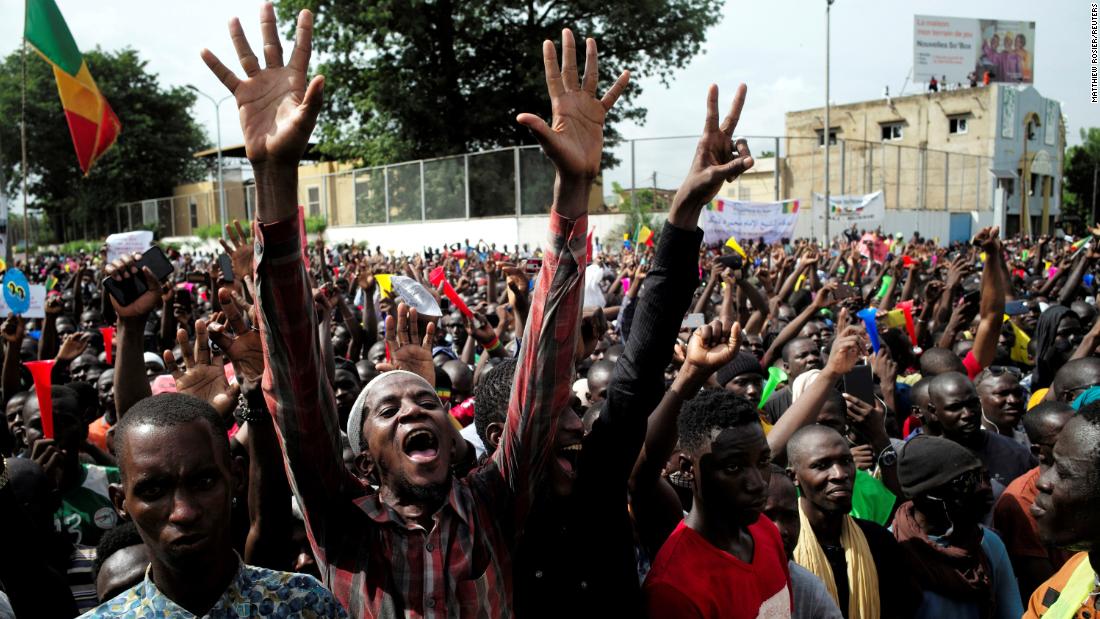 The president’s son Karim Keita announced his resignation because he was the head of the parliament’s defense committee in the public debate in West African countries.

Cama Couma, Secretary-General of the Ministry of Health of Mali, said that during the anti-government march in the capital Bamako, the conflict between the Malian security forces and demonstrators against government buildings continued for several days, with at least 11 protests Those killed were killed and 150 injured.

Netblocks said on Monday that since the protest began on Friday, most people’s access to social media and messaging platforms (including Whatsapp, Twitter and Facebook) has been partially restricted.

The street demonstrations were organized by the opposition joint organization M5-RFP and its supporters and called for the establishment of a transitional government.

Protesters looted the country’s parliament, while another organization besieged the National Broadcasting Corporation’s office in an attempt to force the broadcaster to broadcast demonstrations on Friday.

On Monday, the turmoil in the capital continued as young people built roads and bridges in the city.

Gunshots were heard around a mosque owned by influential priest Mahmoud Dicko, a scene of some lethal confrontation between security forces and protesters.

Decco called on the protesters not to “arson the country” and is one of the main leaders of the movement.

Keita said in a statement on Monday that he did not want to be the target of groups using “populist slogans” and his position in the parliament to advance his political agenda.

The young Keita said: “I no longer want to be an argument for those who need the plan, nor do I want to be an obstacle to the dialogue between the Malians in order to achieve a calm social and political situation in our country.”

He still retains his identity as a parliamentarian.

The president’s dispute center after the legislative elections in March disbanded the Constitutional Court and promised to appoint a new judge to preside over the dispute caused by the poll.

He announced his intention to form a more inclusive government in many initiatives to ease the tension in the country.

Twenty opposition members arrested during the protests were released on Monday. One of the organizations is the movement, association and supporter Mahmoud Dicko (CMAS).

However, one of the main opposition members of the Keita government and former minister Takao told CNN that despite the president’s commitment, peaceful “citizen disobedience” will continue.

Taal said: “The dissolution of the courts and voluntary government is inconsistent with our perception of the changes people want.”

The weekend protest was the third demonstration by thousands of Malians who heard the opposition M5-RFP coalition demanding the president’s resignation.

After the country’s highest constitutional court overturned the results of a controversial parliamentary election, public dissatisfaction began in May, paving the way for the presidential party to occupy the majority of vacant seats.
In March, disputes over opinion polls triggered post-election violence in several areas of the capital and other towns.

The opposition also asked the government to dissolve the parliament and appoint an independent body to oversee the new elections.

Baba Dakono, executive director of the Citizens and Security Observatory, told CNN that the president’s “fragmented solution” was not enough to capture the movement’s agitation for reform.

Dakno said that opposition groups must be united when choosing new members of the Constitutional Court to ensure transparency in the system.