Madame Tussauds Berlin puts Donald Trump in the trash can 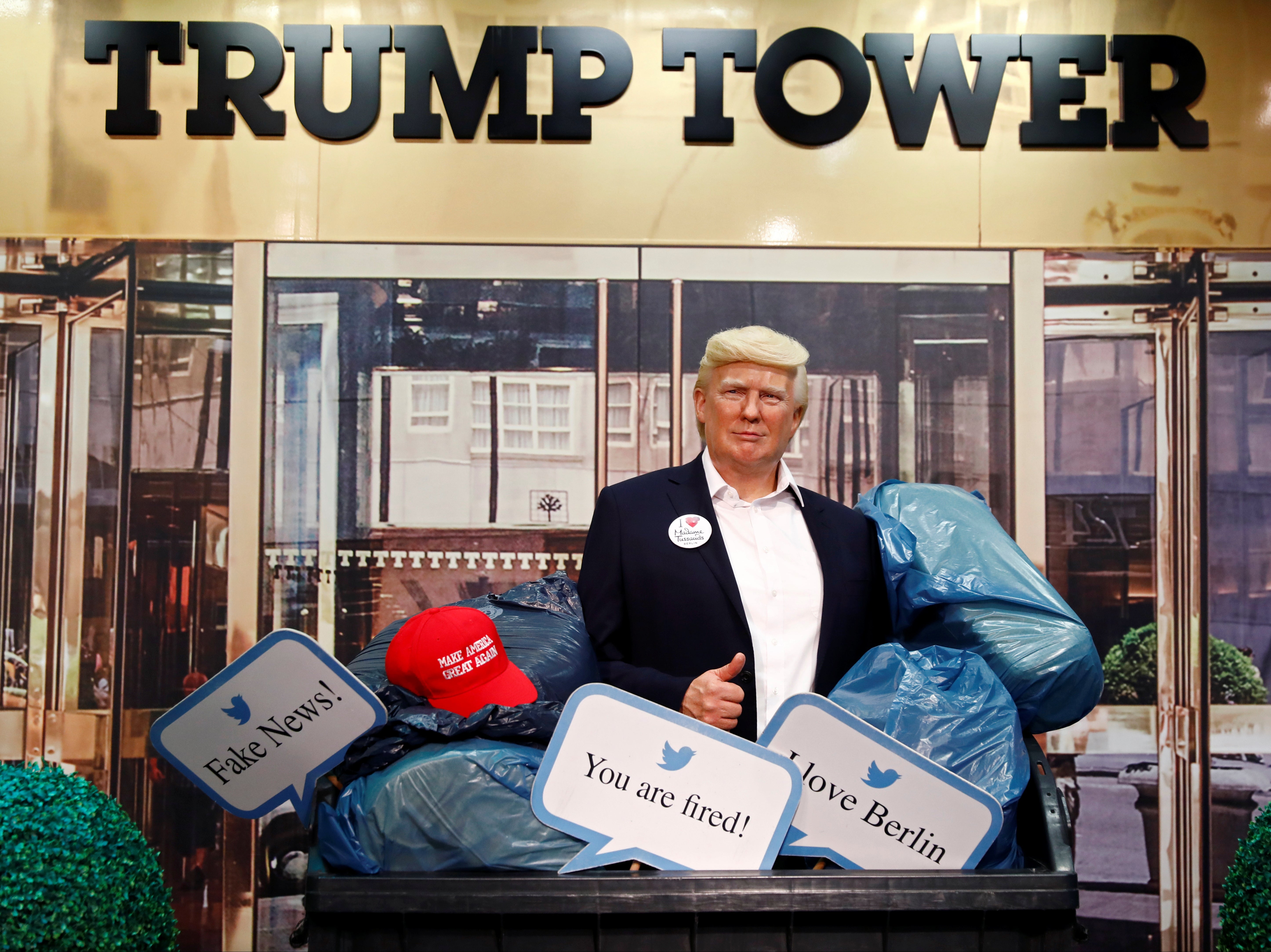 The wax museum at Madame Tussauds in Berlin moved the statue of Donald Trump from the trash can on Friday, reportedly reflecting its expectations for the November 3 general election.

According to Reuters, the museum engraved the wax figure of President Trump with the slogans “Fake News” and “You are Fired”, while wearing the hat of “Making America Great Again”.

The museum’s exhibits also include Ronald Reagan and other former US presidents. Reuters reported that President Trump’s figure is likely to reappear sometime after the election.

She added: “We canceled Donald Trump’s wax figure in preparation at Madame Tussauds in Berlin.”

Trump has been behind Democratic challenger Joe Biden (Joe Biden) in national opinion polls for months because of his handling of the coronavirus pandemic and the Black Lives Matter protests that have been widely criticized .

Real Score Politics, a poll data aggregation agency, currently shows that Biden is ahead of President Trump nationwide with a lead rate of 7.8%, but only 3.2% in battlefield states, only four days before the November 3 general election. time.

Trump complained in a speech at a rally in Tampa, Florida on Thursday that Germans prefer Obama.

“When they came out, they [Germans] The President said Thursday: “They like Barack Hussein Obama more than Obama, which means I am performing my duties.”

There seems to be no recent report linking any member of the German government to the country’s comments that Mr. Obama is preferred over President Trump.

However, a recent poll conducted by the Pew Research Center found that in the past few years, allied residents’ favorability towards the United States has declined significantly.

The survey found that only 41% of people in the UK, 31% in Canada and 26% in Germany are in favor of the United States.

In the past 20 years, the only time the United States’ favorability rating for Germany was lowered was when the tension in the Iraq War reached its highest level in March 2003, reaching 25%.