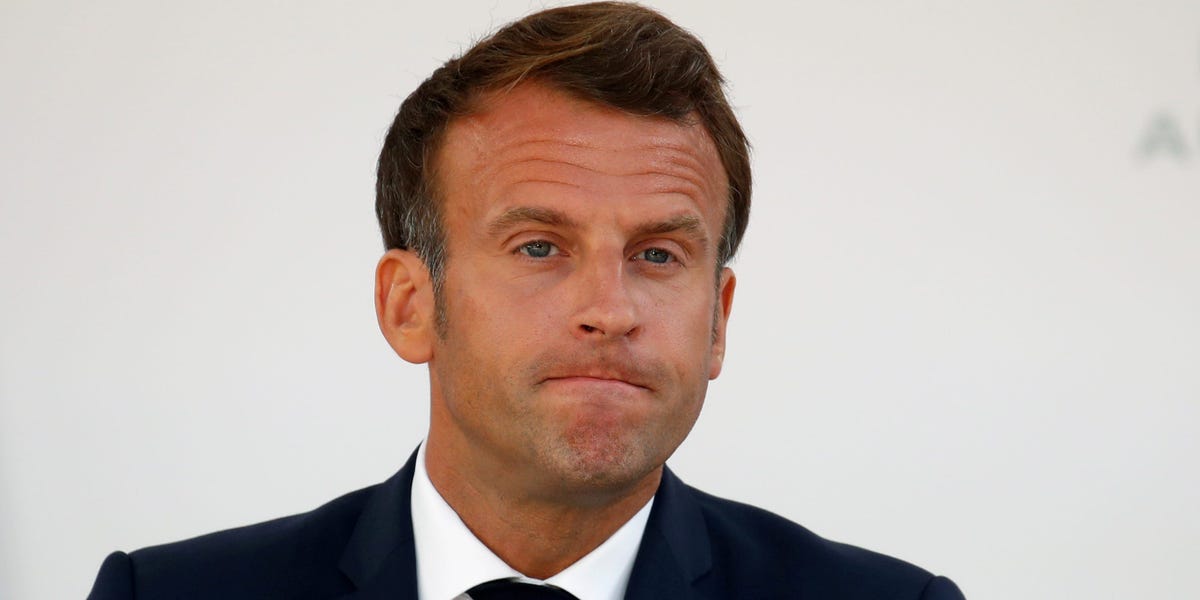 After the French school teacher Samuel Patty was beheaded by the Chechen Islamic extreme French day Patty showed the prophet Muhammad’s cartoons. After his student, French President Emmanuel Vanan said, Islam is a “crisis”. He would fight “Islamic separatism” in France and arouse strong protests from the international community.

Macron said in a speech to a French school teacher last week that Patty is the “quiet hero” of the French Republic, adding that France will continue to produce cartoons and defend the right of anyone to do so.

In Montpellier and Toulouse, local officials projected the Charlie Hebdo cartoons of the Prophet Muhammad onto their city halls to show their solidarity.

In order to defend the caricature, many capitals in the Arab and Muslim worlds have called for boycotts of French goods, and protests have been held around the world to oppose the French president’s incitement to Islamophobia.

The French Ministry of Foreign Affairs called on Monday to stop boycotts and “extortion.”

The reaction to Macron’s defense of the cartoons is related to his recent announcement of the law in early October, which will enable local French officials to monitor mosques more closely and require French Islamic institutions and officials to sign a “secular charter” to prove that they are not protected from foreign countries. The influence of the source.

After the tragic death of Samuel Paty, the legal plan has become popular, and after protests and calls for boycotts of French goods have been held around the world, French officials have strengthened security protections near religious sites, urging French nationals living abroad should not participate in anti-religious activities. Macron protested his safety.

French Minister of the Interior, Gérard Darmanin, accused the French Anti-Islamphobia Group (CCIF) and other organizations in the French media Libération, saying that they should be disbanded because the organization “has been considering the establishment of a country Funding for Islamophobia (financially).

In response to Damanning, CCIF signed a reply letter with more than 70 European civil liberties organizations.

CCIF reported that there were nearly 800 anti-Muslim acts in France in 2019, which is almost double the number two years ago. The European Anti-Racism Network added: “The concern for some form of exclusive “Lacyt” or secularism has led to the exclusion of many Muslims, especially apparently Muslim women.

Proponents say that the Macron government has repeatedly spoken out about “radical Islam,” but there is no clear definition, which involves many moderate Muslims. ENAR added that the hijab and the Burkini ban have a similar chilling effect on maintaining religious freedom in the name of secularism.

According to a French report on the 24th, within a week after Patty’s murder, two Hijabi women were stabbed by non-Muslim French women with turbans in Angers, France because they spoke Arabic.

Protests have been held in countries such as Turkey, Bangladesh and Saudi Arabia, and the immersive diplomatic dispute between France and Turkey has disappeared.

A spokesperson for the European Commission discourages Turkish President Recep Tayyip Erdoğan (Recep Tayyip Erdoğan) from continuing to boycott French goods, noting that this will “keep Turkey away from the EU.” Erdoğan called on Macron to undergo “mental inspection” to share and defend the cartoons of the Prophet Muhammad, a move that has been desecrated in Islam.

Images of supermarkets in Kuwait and Qatar emptying shelves of French products spread on social media. The Kuwait Consumer Cooperative Federation stated that almost all of its 69 stores have products made in France.

France calls for condemnation of Turkey at the next EU summit. This dispute is increasingly threatening Turkey’s hopes of joining the EU.

Today, Charlie Hebdo shared weekly reports that included ugly portrayals of Erdogan and a half-naked veiled woman under the headline “Erdogan (Erdogan) ), he will be more interesting in private.”

Both NATO allies, Turkey and France, support the opposing parties in the Nagorno-Karabakh conflict, and their diplomatic disputes continue to escalate.