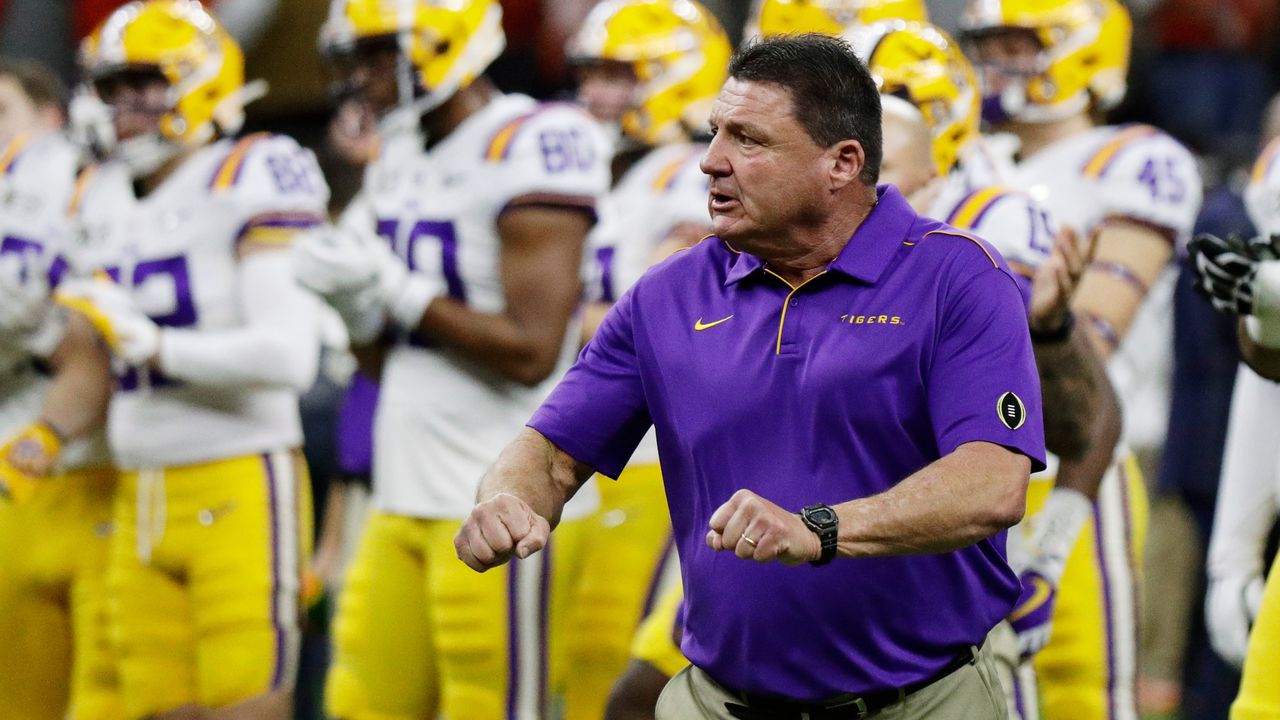 Earlier this week, the Alabama-Louisiana State University (LSU) game looked unlikely, and the Tigers have entered next week.

LSU coach Ed Orgeron, speaking on the SEC coaching conference call on Wednesday morning, explained the situation as active COVID-19 testing and contract tracking severely restricted his roster, and Alabama is scheduled to visit on Saturday.

Ogron said: “At the beginning of this week, we were very interested in Arkansas.”

Of course, the SEC announced on Tuesday that Saturday’s Alabama-LSU game will be postponed. The makeup date has not yet been determined, and Orgeron is unclear about the situation.

“Your guess is as good as mine,” he said on Wednesday. “I have heard a lot of things, I don’t know, but as long as they tell us to play, we can start playing.”

Orgeron said they definitely want to play the most trendy.

He said: “We look forward to rescheduling the game with Alabama.” “We want to play Alabama. For us, this is a huge competition with a great football team. We Hope to accept this challenge.”

For now, they will continue with the scheduled game next Saturday in Arkansas. Orgeron stated that the Tigers (2-3) will resume Razorbacks practice on Wednesday, and their roster is severely restricted by the COVID-19 issue.

The news of Alabama’s postponement of the election was announced before they took office.

“We had a best practice yesterday,” Orgeron said Wednesday. “We found out that we were not playing in Alabama when the children had a meeting, so before stretching, I told them that we would not play this week. We will reschedule the time in Alabama, and the exercises we will be doing ( Tuesday) will target Alabama, they are energetic. I cut some time and we have a good practice.”