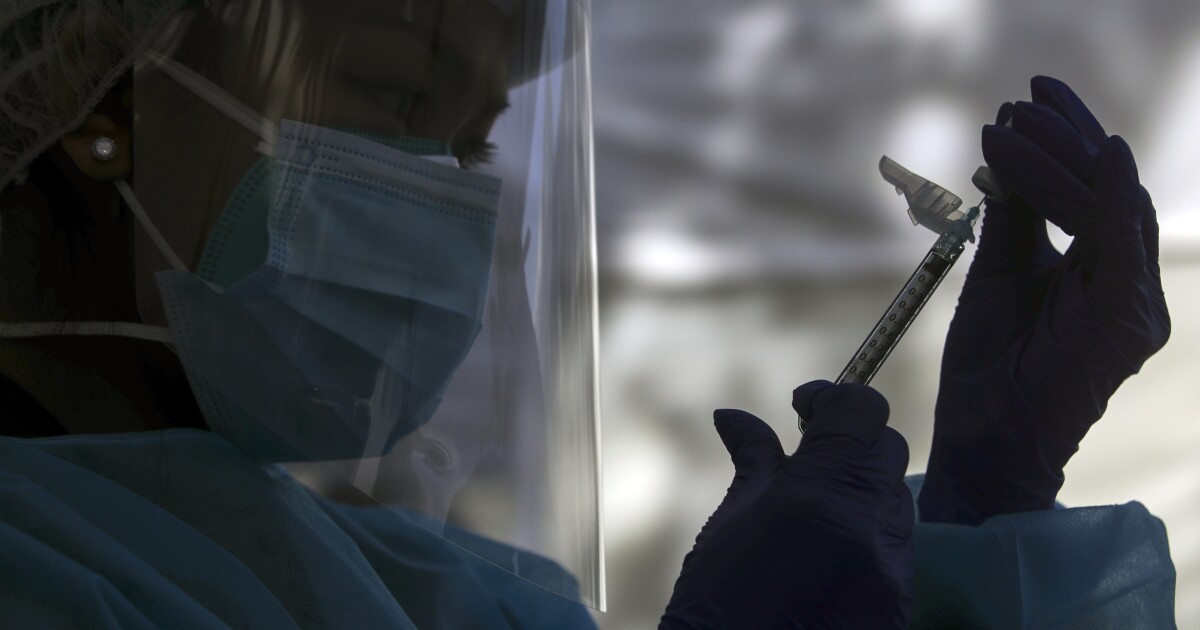 In the first major expansion of the vaccine eligibility list, Los Angeles County announced on Monday that all workers in the healthcare industry can now be vaccinated, including those who work in emergency and primary care clinics, research laboratories, pharmacies, and dental offices.

The announcement follows the state’s guidance last week and opens up a list of qualifications from the highest priority group. The pool includes medical staff in hospitals and nursing homes who directly deal with infected or high-risk patients. Officials have expanded the list to speed up the introduction of vaccines and ensure that remaining vaccine doses are not wasted.

By the end of this month, the county plans to vaccinate another 500,000 medical staff. In response to this surge, officials announced this week that another five vaccine distribution sites will be opened across the county starting January 1

9. In addition, Los Angeles said on Sunday that the Dodger Stadium will also be vaccinated. The baseball field was once the country’s largest coronavirus testing site, and then converted into a vaccine site this week.

Barbara Ferrer, Director of Public Health of Los Angeles County, said of the sites operated by the county government: “We expect each site to be open at least 7 days a week and vaccinate 4,000 to 5,000 people per day. “These sites will be open for at least four weeks.

Across the state, less than one-third of the dose was shipped to California.

Health and state officials say that counties may move at different rates, depending on the population. In Los Angeles County, the deployment of the next group 1B is expected to begin in early February. The members of this group include people engaged in education, childcare, emergency services, food and agriculture, and those over 75 years of age.

The next crowd will be people aged 65-74, people engaged in key manufacturing, industrial and commercial facilities and transportation, and the homeless. Although at least one state prison has begun to receive vaccines, prisoners are also included at this level.

This is followed by 1C individuals between the ages of 50 and 64, as well as workers in water and wastewater, defense, energy, chemical and hazardous materials, communications and IT, financial services, and government operations.

Ferrer said residents in those counties are likely to start receiving the vaccine in March.

Ferrer added that to receive the vaccine, an individual will be required to make an appointment and show proof.

Unable to send 21 batches of COVID-19 vaccine, including shipment to Ottawa company-WOODTV.com