Lil Wayne: Community star Yvette Nicole Brown calls on rappers to post photos of smiling side by side with Trump 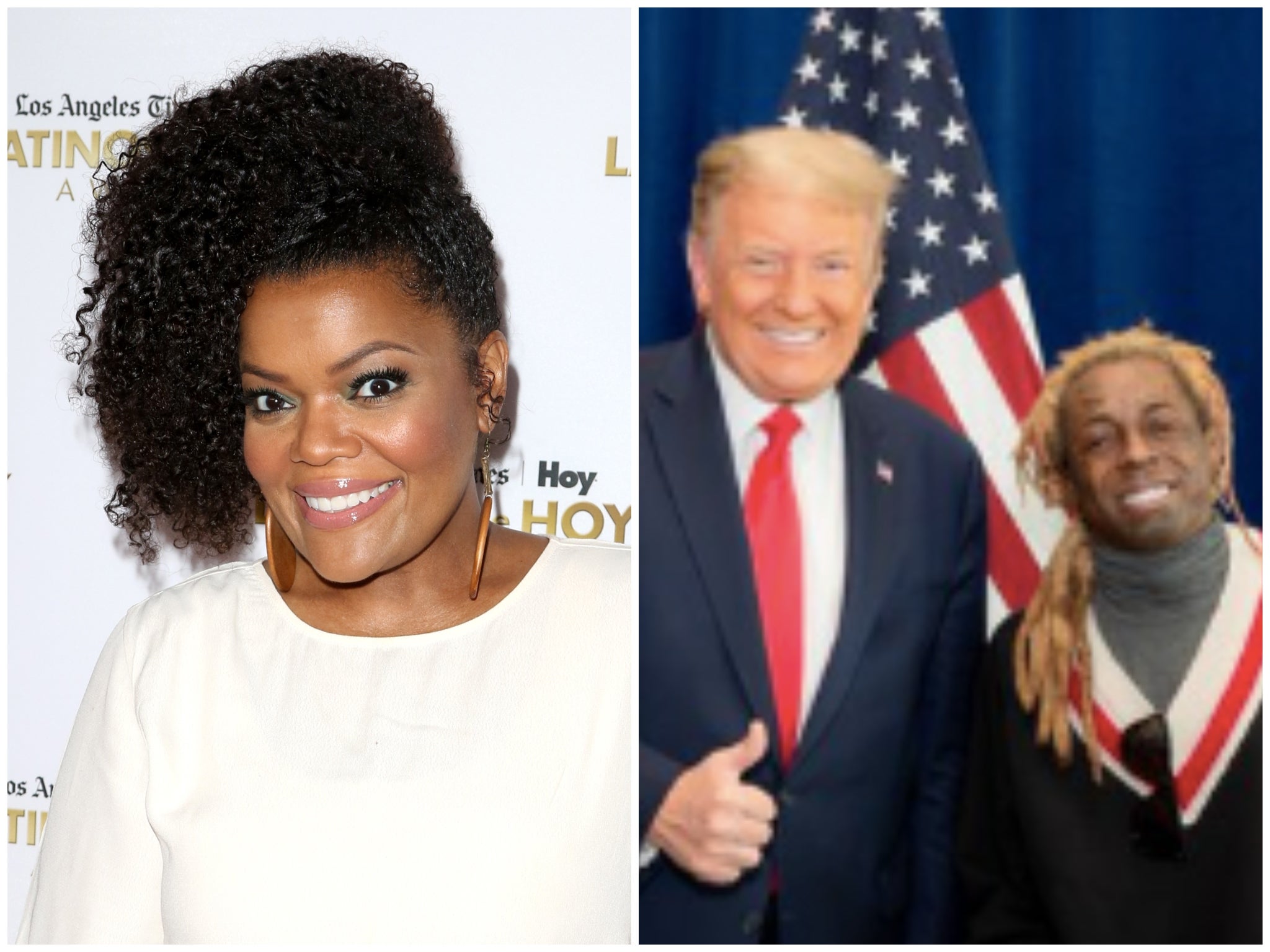 Fans of Lil Wayne responded to this photo shared by the rapper, which seemed to show his support for Donald Trump.

The photo in question shows the 38-year-old president named Dwayne Michael Carter posing side by side with his thumb. The two met to discuss his plan to invest $500 million in the African-American community in the upcoming elections.

He posted this photo on Twitter with an article: “In addition to the work he has done so far in criminal reform, the “Platinum Plan” will also give the community real ownership.”

“He listened to what we are going to say today and promised that he will and can do it.”

His photos were shocked by some of his fans and other celebrities, including community Star Yvette Nicole Brown.

She wrote: “I love my people very much, not my bank balance.” She added: “White supremacists cannot provide me with a life worthy of my people or other suffering people in the country.”

Another tweeter wrote: “Do you ask him why he decided to meet with you less than a week before election day? When will you study?”

“If someone holds a meeting with you five days before the election, then you will not be given priority.”

Lil Wayne is not the only rapper who has discussed the proposed “Platinum Plan” with the president. According to the Trump campaign, this four-year plan will help African Americans create 3 million new jobs.

After receiving many news of attention from followers including actor Don Cheadle, Ice Cube clarified his position on social media, saying that because of his initiative, the “two parties” “connected” Up him.

Ice Cube (real name O’Shea Jackson) established the project in August with the purpose of “combating racism and [presenting] A blueprint for racial economic justice. “

He neither supports Trump nor his democratic opponents. He said: “In America, every side of us is a dark side. Before we change, they are the same.”

“They all lied and cheated, but we have to negotiate with those in power, otherwise our situation in this country will never change. Our justice is bipartisan.”