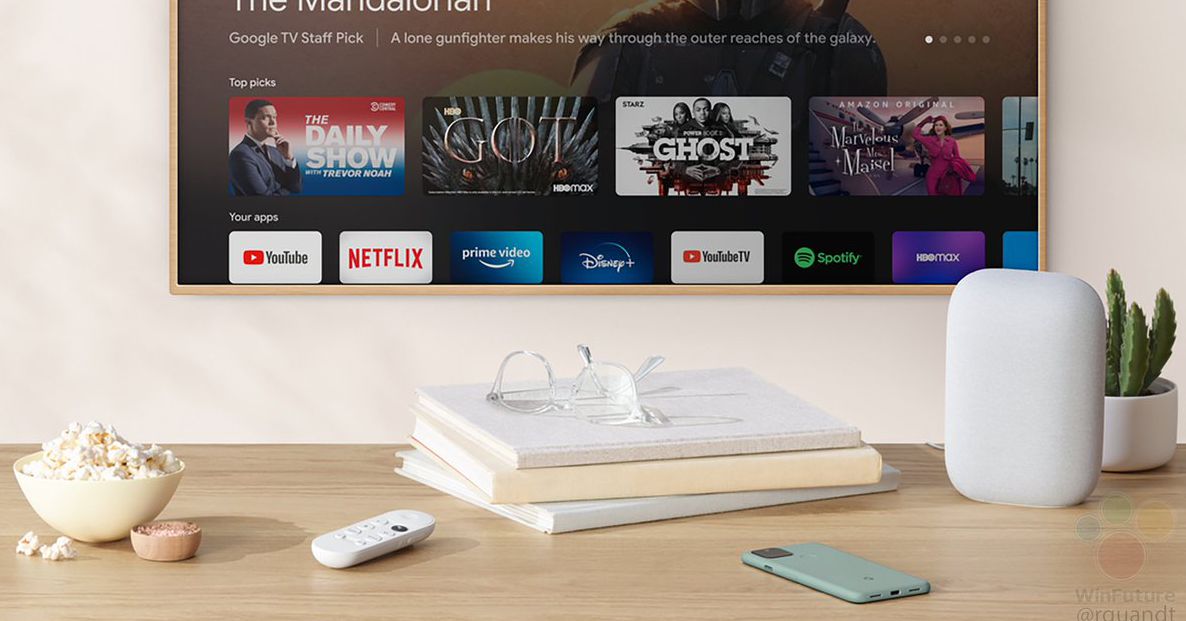 There are rumors that Google Pixel 5 will be launched in a new green (green? Green?) in addition to black, but you don’t have to wait until later this month to see how it looks. The configuration of Google’s upcoming flagship phone seems to be overshadowed by leaked marketing footage. WinFuture (by 9to5Google). The screen of this phone is facing down, the fingerprint sensor on the rear and the all-plastic back cover are visible. So far, these two details are consistent with rumors.

Not surprisingly, given the extent to which Google technology tends to leak, the image again shows Google’s Nest Audio smart speaker and a new Chromecast running a refreshed Google TV interface. Both products have recently been discovered in retail stores in the United States, so it seems that this leak is not only legal, but also about to be released. Good job, Google!

It is said that Pixel 5 was unveiled together with Pixel 4A 5G, which is a high-end version of Pixel 4A that can connect to 5G networks. Rumor has it that the new Chromecast will include a remote control, and unlike previous versions, it will run the new Google TV user interface instead of just acting as a device that can cast content from the phone to the TV.

We don’t have to wait long to see what Google will reserve in terms of hardware for the rest of 2020. It will host an event on Wednesday, September 30th at 11 am Eastern Time / 2 pm Eastern Time. We will have an in-depth report on the event and the equipment announced during the period on the website, so stay tuned.