قالب وردپرس درنا توس
Breaking News
Home / US / Kevin McCarthy told the president that the uprising was either MAGA or anti-FAFA: Axios

Kevin McCarthy told the president that the uprising was either MAGA or anti-FAFA: Axios 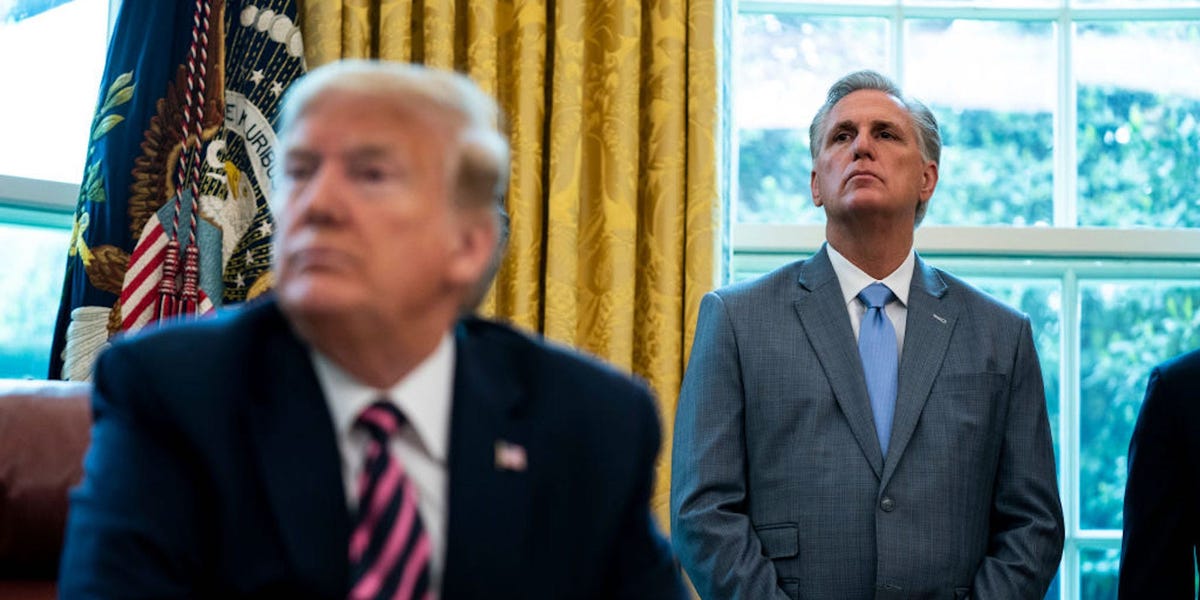 House Minority Leader Kevin McCarthy made a difficult phone call with President Trump on Monday. He reportedly told the President that the fight to overthrow the 2020 presidential election was “over.”

According to reports, McCarthy was greatly annoyed by the president after continuing to complain about election fraud.

An anonymous White House official told Axios: “Stop. It’s over. The election is over.”

During the 30-minute conversation, the participants sometimes described it as “nervous,” and McCarthy took over as president, blaming the riots in the Capitol on January 6 as “anti-French.” The FBI classifies antifa as an ideology, not an organization.

According to reports, McCarthy said to Trump: “This is not anti-law, but MAGA. I know. I’m there.”

Trump and his followers, including Rep. Matt Gaetz, baselessly claimed that the violations at the Capitol were led by anti-French party members who impersonated Trump supporters.

On Thursday, only a few hours after the Capitol uprising subsided, Gates told his colleagues: “Some of the people who violated the Capitol today are not Trump supporters. They are impersonating Trump supporters and are actually violent. A member of the terrorist organization antifa.”

Rep. Paul Gosar made a similar comment on Twitter, stating that the uprising has “all the characteristics of an anti-law provocation”, although the FBI “has no indication” that members of the anti-law faction participated in any way. Violent uprising in the Capitol.

McCarthy said in a letter to his Republican representative on Friday that there is no doubt that there is no evidence that Antifa was involved and was frustrated with the way the crisis was handled.

He wrote: “Talking to many of you, I know that we are all taking time to deal with the events of the day. Please know that I shared your anger and pain.”

However, he stopped in his efforts to encourage Trump’s impeachment and pointed out on Twitter that “impeaching the president with only 12 days left will only divide our country more.”

McCarthy has always been a staunch supporter of President Trump, repeatedly claiming that Trump won the presidential election.

He said: “I think it’s right for us to debate.” “I mean, you see now that the senator wants to oppose and the House of Representatives wants to oppose-what else can we do to change the election issue?”

After the January 6 riots, McCarthy and other Republican members of the House of Representatives voted in favor of disqualifying the Arizona election results, which was not passed.

Grassley calls on Biden to condemn the riots in Washington, Oregon