Kenny Golladay’s trade rumors and the importance of background 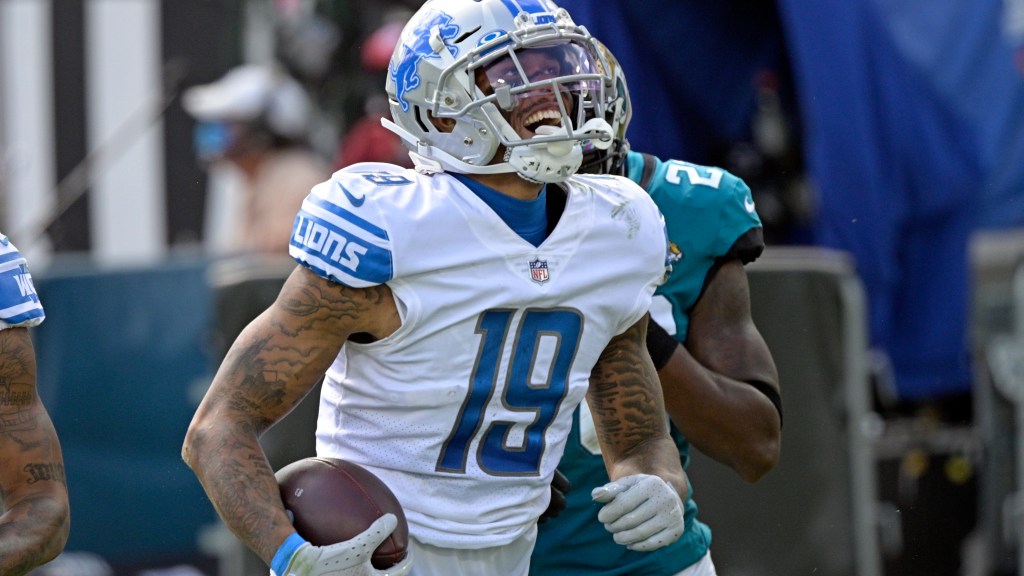 The New York Giant asked about reports about the possibility of Kenny Golladay trading. ESPN’s Jordan Ranaan brought it up in a recent podcast

“I heard a few things last week. At least some talk about the Giants and Lions talking about broad receiver Kenny Gollard. My understanding is that it does happen in some form.”

Ranaan also quickly pointed out that any transaction is unlikely to happen, and this is more of inquiry than negotiation. They said this is what GM did before the deal deadline. That is their job.

However, in the Lion City area, many people still interpret this credible report information as if the sky is falling. Of course, GM Bob Quinn will not try to abandon Golladay! What was he thinking about?

Golladay, a pending free agent, sent out some vague messages that his price tag is second only to every major gain he made for the Lions. According to reports, the expansion negotiations earlier this year did not produce expansion, which made Pro Bowl̵

7;s development prospects in Detroit a concern. This will lead to a lot of discussions and potential trade consultations about Golladay.

I remembered the context and the importance of perception and reality that must be conveyed in the reporting process. Ranaan has also made his own contribution in this regard, but for many “little chicken” fans, this does not seem to be caught, they must 100% believe that the Lions are absolutely bad. Therefore, I will refute them with an anecdote to highlight the importance of context and effectiveness in trade negotiations.

I have shared this experience on live broadcasts and podcasts before, but in this case, it makes sense to write it here.

This is the 2009 Senior Bowl, Rad Peebles Stadium in Mobile, Alabama. This is before the game and practice reach a must-do status in the NFL draft community, before the implementation of hierarchical credentials and restricted access to certain people/places.

On a cold morning, I sat with a friend who worked on the Washington football team for early practice. He was the predecessor of the Washington football team. In front of the Patriots coach Bill Belichick, we sat in two rows on the side of the press room of our stadium. Even though he was only 15 columns high from the field, he was still sitting alone with binoculars around his neck. New Orleans Saints coach Sean Payton stepped up, his opening remarks were boring.

Peyton sat next to Belichick and asked him, “Do you want that Brady guy?”

Obviously Payton is not serious. Belichick wasn’t so serious, he laughed before greeting Payton. It was an ice-breaking road between two colleagues, and it must have been friendly at the time. They ended the conversation for a few minutes, and as far as I know, most of the time is about mutual friends in the coaching industry.

Although there is clear evidence that it is not what it is, I could have written a decoy title, “Belishick listens to Tom Brady’s proposal.” Both factually and semantically correct. The head coach of another team did inquire about Tom Brady’s vacancy. It doesn’t matter, this is obviously not serious. Payton asked Brady. I even witnessed this. In the subsequent Senior Bowl games, I shared this memory with him and kept laughing.

What’s going on? not quite. I doubt that the Giants were serious when they asked about the availability of Golladay. The side of the lion in the story is unknown, but Bob Quinn is capable enough to serve as the general manager and he will at least listen to it. He may rudely tell the Giants not to lose by his wealth. Or Quinn may ask for Saquin Barkley, Kintaite, three first-round picks and cash considerations. We don’t know, and frankly, it doesn’t matter.

Excellent players like Golladay are signing expiring contracts, which will attract the attention of other teams. By the way, this is not negative. This means you have a talent that other teams covet. Reporting that other convoys are interested does not mean that Lions will ship Golladay or wish to ship it to other countries, or that you wish to express other euphemisms in trade negotiations.

It is Quinn’s job to make and receive calls before the transaction deadline. Unless you personally know who called whom and the exact nature of the discussion, there is almost no point in reporting that the team had a conversation. Of course they do; GM does this at this time of the year.