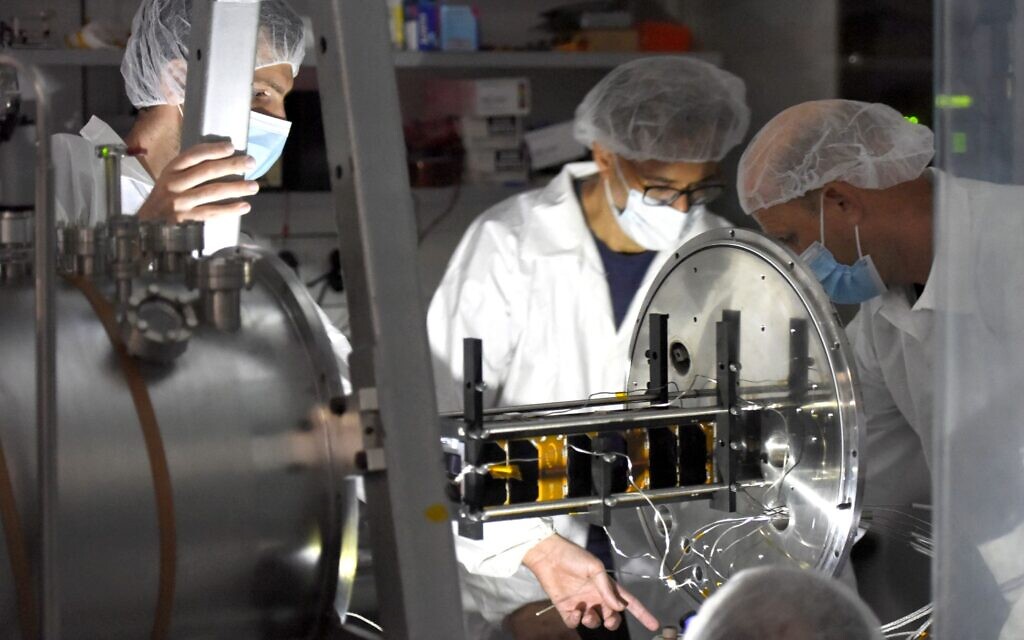 A nanosatellite built by the faculty and students of Tel Aviv University was released into Earth’s orbit on Saturday.

The development of TAU-SAT1 was completed about four months ago and was further tested by the Japan Space Agency JAXA before being sent to the International Space Station. It will conduct some experiments in orbit, including measuring cosmic radiation around the earth.

Get Startup Israel’s Daily Startup via email and don’t miss our hot news. Sign up for free

Ofer Amrani, head of the Tel Aviv University Microsatellite Laboratory, said: “This is a nanosatellite or microsatellite of the CubeSat variety.” “The satellite measures 1

0 x 10 x 30 cm (2.5 x 2.5 x 12 inches) and weighs less than 2.5 kg. (Approximately 5 pounds)…In general, the satellite is expected to be active for several months. Since it has no engine, its trajectory will gradually disappear over time due to atmospheric resistance, and eventually it will burn in the atmosphere And come back to us like stardust.”

“This is an important day for TAU,” said Colin Price, head of Porter’s Environmental Research Department. “We have now joined the “civilian space revolution” called “new space”, in which, unlike the old space, not only giant companies with huge budgets and huge teams of engineers can also manufacture and launch satellites.

“A few years ago, we established the Nanosatellite Center with the goal of building small’CubeSats’ for research purposes. We were able to prove that through correct planning, miniaturization and modulation of many technologies, students can build small satellites in two years And launch it into space, and the required budget is only a small part of the old space.”

Meir Ariel, Director of TAU’s Nanosatellite Center, said of the TAU-SAT1 mission: “We know that there are high-energy particles moving in space, and they originate from the sun’s cosmic radiation. Our scientific mission is to monitor this radiation, and Measure the flux of these particles and their products. It should be understood that space is an unfavorable environment not only for humans but also for electronic systems. When these particles hit astronauts or electronic equipment in space, they may cause major damage. We The scientific information collected by the satellites will help design protection devices for astronauts and space systems.”

With the infrastructure of TAU-SAT1, the university’s researchers are already planning to develop their second nanosatellite, tentatively named TAU-SAT2.

The huge influence of Tyrannosaurus and other young dinosaurs