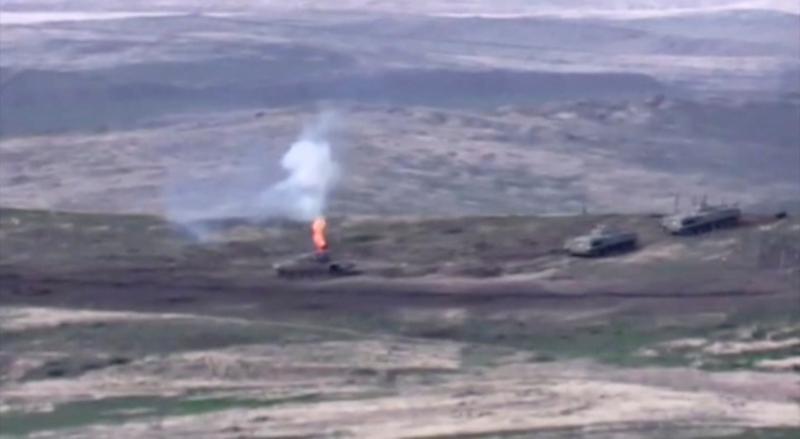 Yerevan/Baku (Reuters)-Armenia declared martial law after clashes with Azerbaijan in the detached Nagorno-Karabakh region and mobilized its male population on Sunday. Both sources reported deaths event.

The authorities in Nagorno-Karabakh, the main Armenian region of Azerbaijan, which declared independence in 1991, also declared martial law and mobilized the male population after the conflict between the two sides accused each other.

Armenian human rights activists say that two civilians, a girl and a child, were killed by Azerbail shelling. Baku said that an unspecified number of Azerbaijani civilians were killed and six were injured. Nagorno-Karabakh said that 1

0 of its military personnel were killed. These reports cannot be independently confirmed.

The Russian Ministry of Foreign Affairs is the mediator of decades of conflict between Armenia, mostly Christians, and Azerbaijan, mainly Muslims.

The two countries have long quarreled over Nagorno-Karabakh, and Nagorno-Karabakh broke away in the conflict that broke out in Azerbaijan due to the collapse of the Soviet Union.

Despite the ceasefire agreement reached in 1994, Azerbaijan and Armenia often blame each other for attacks around Nagorno-Karabakh and along the Azerbaijan-Armenian border.

The conflict worries Western and regional countries, partly because it may cause turmoil in the South Caucasus, which is a corridor of pipelines that transport oil and gas to the world market.

In its response, the Ministry of Foreign Affairs said: “Our response will be proportionate. The military and political leaders of Azerbaijan are fully responsible for the situation.”

Armenian Prime Minister Nikol Pashinyan wrote on Twitter: “We stay strong next to the army to protect our homeland from Azerbaijanis’ invasion.”

“We defend our territory, our cause is right!” Azerbaijani President Ilham Aliyev said in a speech to the country.

The Ministry of Defense of Azerbaijan stated that some civilians were killed, but no casualties were caused.

Other reporting by Tuvan Gumrukcu in Ankara; Gabrielle Tétrault-Farber and Vladimir Soldatkin; Editing by Stephen Coates and Timothy Heritage