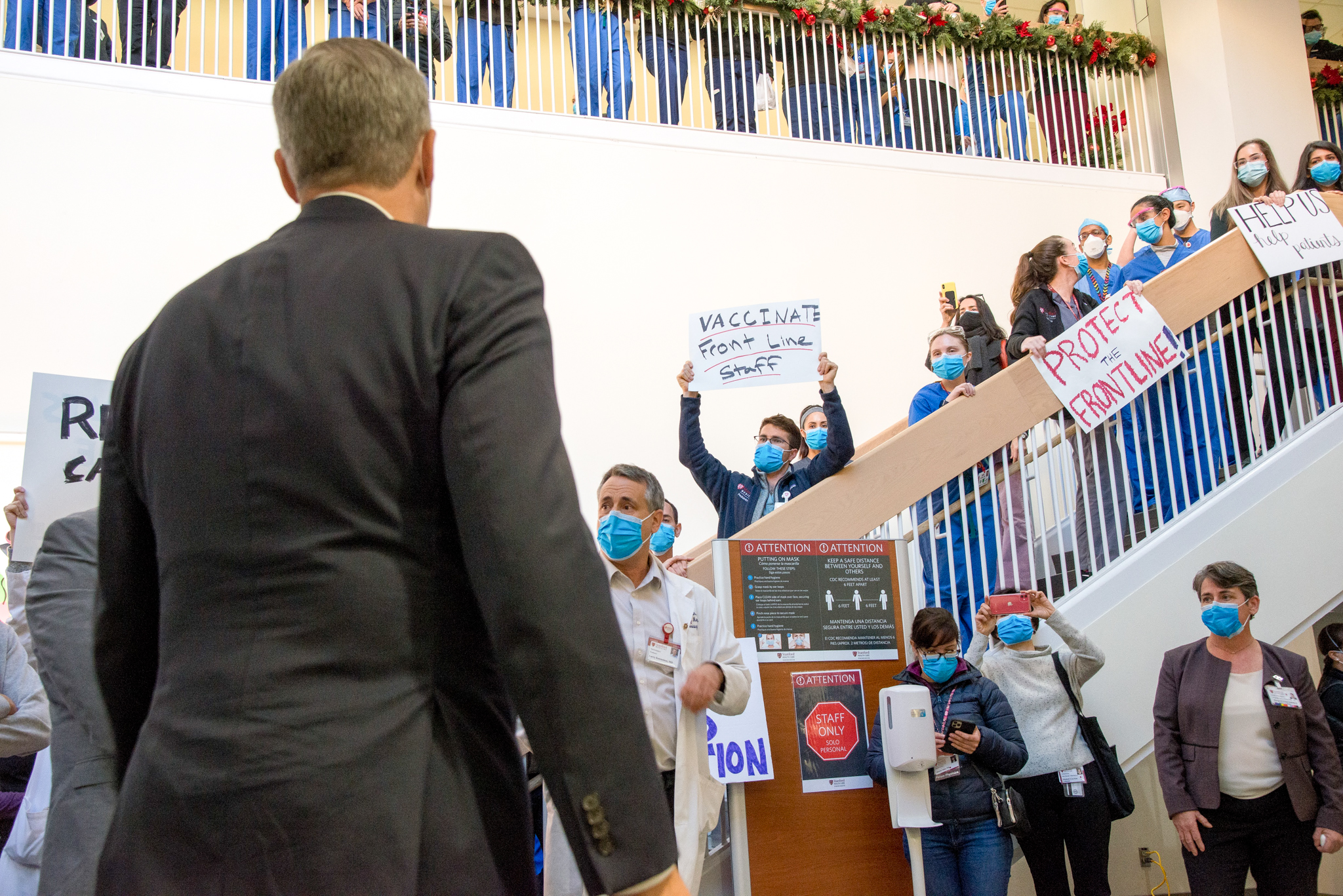 The hospital confirmed that during the weekend, some non-frontline employees of the Stanford University School of Medicine received the COVID-19 vaccine, and the residents of Stanford Hospital protested to contact the patients two weeks after the first distribution of the vaccine to managers and doctors who did not use the drug .

According to the “Stanford Daily” first reported on Wednesday, Saturday and Sunday appointments can provide vaccine doses. Although it was prepared for front-line employees, “inaccurate information” caused many employees to not meet the conditions for vaccination at this promotion stage.

“Unfortunately, in the past weekend, incorrect information about vaccine supply circulating in our community caused some unqualified employees to receive vaccinations,”

; Stanford University’s MD said in an email statement to SFGATE. .

The statement continued: “At present, Stanford University only administers vaccines to medical staff facing patients.” “We have solved this problem and believe that we will continue to vaccinate the entire Stanford University medical community through ethical and fair procedures.”

The hospital did not track the number of unqualified employees who were vaccinated. According to Stanford Daily, the vaccine is only intended to be given to frontline workers “by invitation only.”

“Incorrect misinformation” seems to stem from a misunderstanding that “excess” vaccines can be assigned to Stanford Medical employees. In particular, a cited non-frontline employee who received vaccinations told the Stanford Daily that his impression was that the expected crowd had thawed too many vaccines during the holiday weekend.

The article said that word of mouth of the vaccine spread from there. (It is worth noting that the COVID-19 vaccine must be stored in a freezer at -80 to -60 degrees Celsius; after thawing, the vaccine must be used within 120 hours or 5 days, and must not be re-frozen, disease control and prevention.)

Questions about how residents will promote the COVID-19 vaccine among staff at Stanford Hospital were revealed on December 18, after residents protested that the hospital would distribute the vaccine to managers and doctors working from home. At the time, residents said in a letter to Stanford executives that the hospital was rolling out the vaccine to 5,000 employees in the first phase. Of these, only seven residents and compatriots were included.

The timetable released by Stanford Medicine on December 23 shows that frontline workers and other medical staff with “high acuity” should have become a top priority. Frontline workers are scheduled to receive vaccination from December 17 to 28. From December 28 to January 8, hospitals, outpatient providers and staff in contact with patients will receive vaccination. After January 8, all other Stanford University employees can get the vaccine.

As of December 23, as many as 7,725 Stanford University medical workers have been vaccinated against COVID-19.