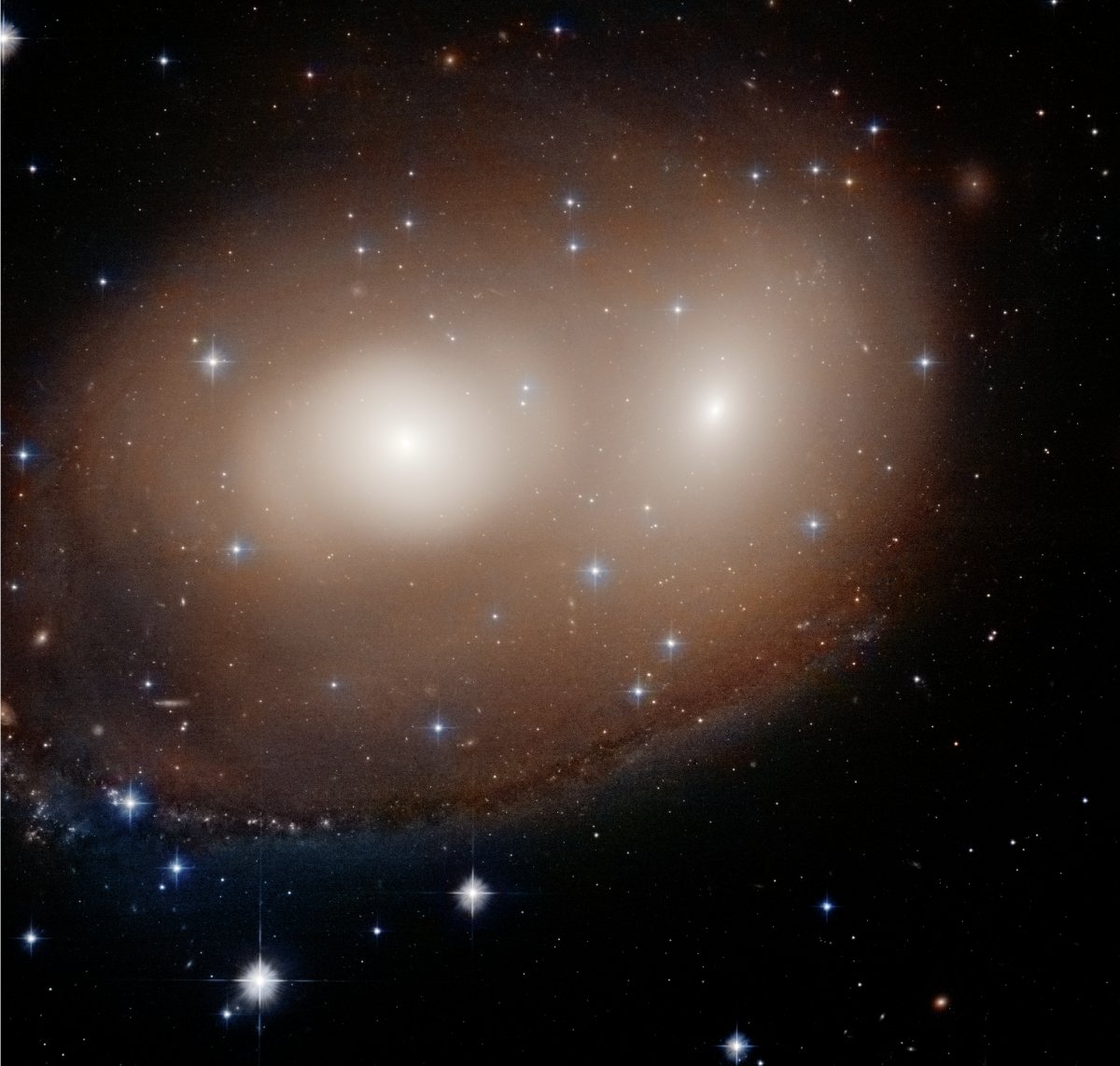 The family lay on the sofa watching Charlie Brown help his friend Linus waiting for the big pumpkin Halloween, They may be surprised to find that NASA has discovered a “bigger pumpkin.”

Picture from NASA Hubble Space Telescope Show what looks like a huge pumpkin lantern in the sky. The “Pumpkin” is actually a photo of the initial collision between two galaxies.

The pumpkin’s face is composed of two aging red stars, forming eyes, giving the area an orange sheen, and a curved blue smile made up of newborn star clusters. With blue stars scattered in the foreground, it looks like pumpkins are dressed up in glitter during Halloween.

Of course, this “bigger pumpkin” is much larger than Charlie Brown’s pumpkin.The entire field of view is nearly 109,000 light-years, approximately our diameter Galaxy According to the National Aeronautics and Space Administration.

Although the area currently looks like a Halloween pumpkin in our eyes, its shape will soon disappear as the pair of colliding galaxies become more intertwined. The National Aeronautics and Space Administration (NASA) predicts that the pair of planets 120 million light-years apart in the constellation Canis Major may become a giant spiral galaxy. The researchers said in a report that “smile” may be the beginning of the process of rebuilding this spiral. NASA image description. The smiling arm contains two galaxies, most likely formed when the interstellar gas was compressed when the galaxies began to merge.

Most of the time, when two Galaxy collisionNASA says they have lost their typical flat disk shape, and the stars in each galaxy are scrambling to enter a new rugby-shaped space. In the end, they formed an elliptical galaxy.

If the “bigger pumpkin” becomes a huge spiral galaxy, it will be a rare feat.There are only a few other examples in the universe, including Rubin’s Milky Way, Astronomers said in a NASA statement.

Which type of galaxy will surround these two colliding galaxies, its mystery and conspiracy will prove to be its reputation as a “bigger pumpkin. Poor Linus has never seen him so excited in the mysterious big pumpkin in “This is the Great Pumpkin, Charlie Brown”.