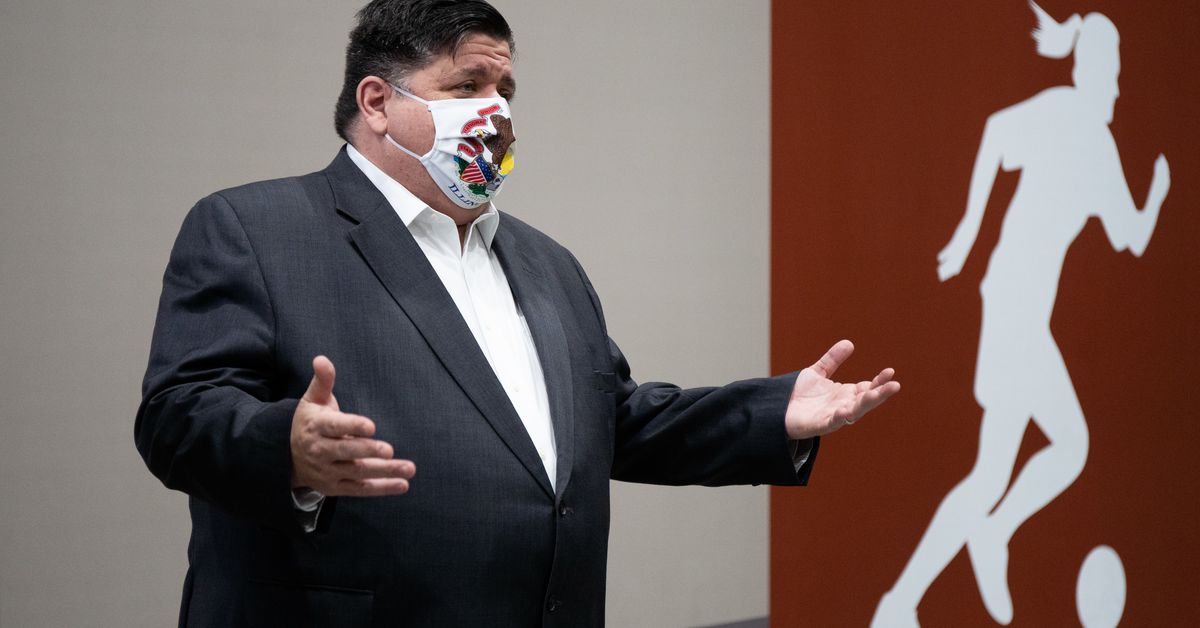 Add a little bit to this week’s winter sports legend.

Governor JB Pritzker said on Thursday that winter high school sports, including basketball, will “go into the spring.” The statement was only two days after Pritzker announced that it was “on hold”.

The Illinois High School Association objected to the governor on Wednesday, calling it a “hold” statement. He ignored the governor and announced that basketball will start as planned on November 16. This move actually determines when to participate in the local school district.

Although Pritzker did not explain the meaning of “shelving”

; on Tuesday, most people believe that shelving means that the state of basketball will be reassessed during the winter, and may begin in December, January or even February. At the Thursday press conference, he was more specific.

Pritzker said: “We are not saying that these sports will not be carried out.” “We are postponing the progress of these sports. We are talking about training and conditioning. They can do even high-risk sports. It is said that we are going to shut down this sport. But these have already entered the spring, I hope we can see effective vaccines and treatments.”

“The Governor did not say anything wrong,” Abdayye said in an email. “The goal has never been to cancel the season, but to postpone the season. I hope that there will be a vaccine or effective treatment before the spring so that more students can go to school in person and participate in extracurricular activities. Currently, 1.8 million students in the state are receiving Distance learning, as the governor said, he is committed to reducing the positive rate in communities across the state, so the local school board feels comfortable enough to bring students back to the classroom.”

After Pritzker postponed football and other fall sports in late July, IHSA revised its sports calendar this year. The new calendar transfers several autumn sports to spring and adds a new summer.

Football, boys football, women’s volleyball, girls badminton, boys gymnastics and water polo are currently scheduled for spring. According to Pritzker’s statement today, schools may have to add boys and girls basketball and wrestling to the list.

There are many problems with the overlap of football, volleyball and basketball, from stadium space to forcing students to choose between sports. These questions will surely be in the minds of the school board and the district mayor, who decide whether to follow the guidelines of Pritzker and the Illinois Department of Public Health and not play basketball until the spring, or not participate in the winter program with IHSA.

IHSA spokesperson Matt Troha said in a statement: “Since Tuesday, IHSA has not received further publicity from the Governor’s Office or IDPH, and therefore, is not satisfied with the comments made.” Read yesterday’s IHSA press release for the current winter schedule of IHSA. “