“Handicraft: Tradition” Comment: A carbon copy that is dimmer than classic worship 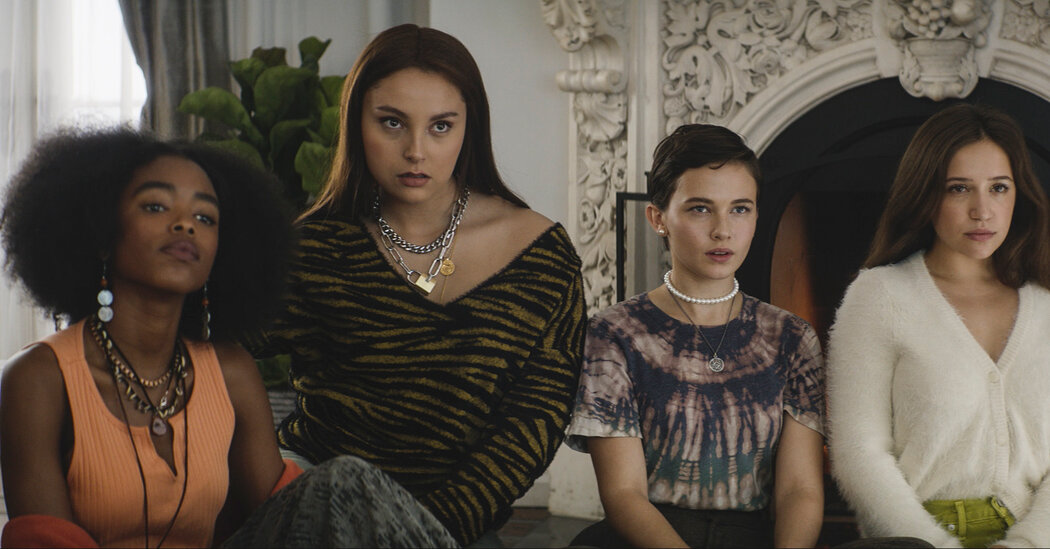 The long-awaited follow-up to the 1996 classic movie “The Craft” recalls its iconic predecessor in many ways. Just like before, newcomers to a high school completed a group of four young girls, and they learned to use their witch power. It hasn’t lost the “light as feather” floating game, the ominous snake or the famous lines. “We are weird people, sir”, although it was reinterpreted at a climax. When the new girl Lily (Cailee Spaeny) and her mother (Michelle Monaghan) sing Alanis Morissette’s “Hand in My Pocket” together, the needle drop will Makes you wonder if this version also happened in the mid-90s.

But “Handicraft: Tradition” by Zoe Lister-Jones, produced by Bloomhouse (“Going Out”), is a disappointing sublimation of most original works that lack personality. Avoiding the terrible Apple storyline that Fairuza Balk’s Nancy so brilliantly performed in the 90s version, this new “Craft” makes the toxic masculinity the girls’ worst enemy (feminist haters fall into a spell To make him say something like “womxn”). However, even modernization can be foreseen.

What makes Andrew Fleming’s “craftsmanship” so fascinating is that the characters struggle to avoid their problems. This form of expression lacks a mature role, with a dark past or a dangerous desire for power. Lister-Jones is a writer and director. He unearthed unnecessary embarrassment from menstruation and left Lily (David) David Duchovny with a suspicious stepfather.

In the end, this film lacks charming qualities. The witches got a music video-like montage of their newly discovered power, but without a strong motivation, they became dizzy. Gideon Adlon was given a comic relief role, but the other two friends (Lovie Simone, Zoey Luna) were rendered superficially. With this in mind, this new film also made up for the shortcomings of the original to the greatest extent: by printing color characters.