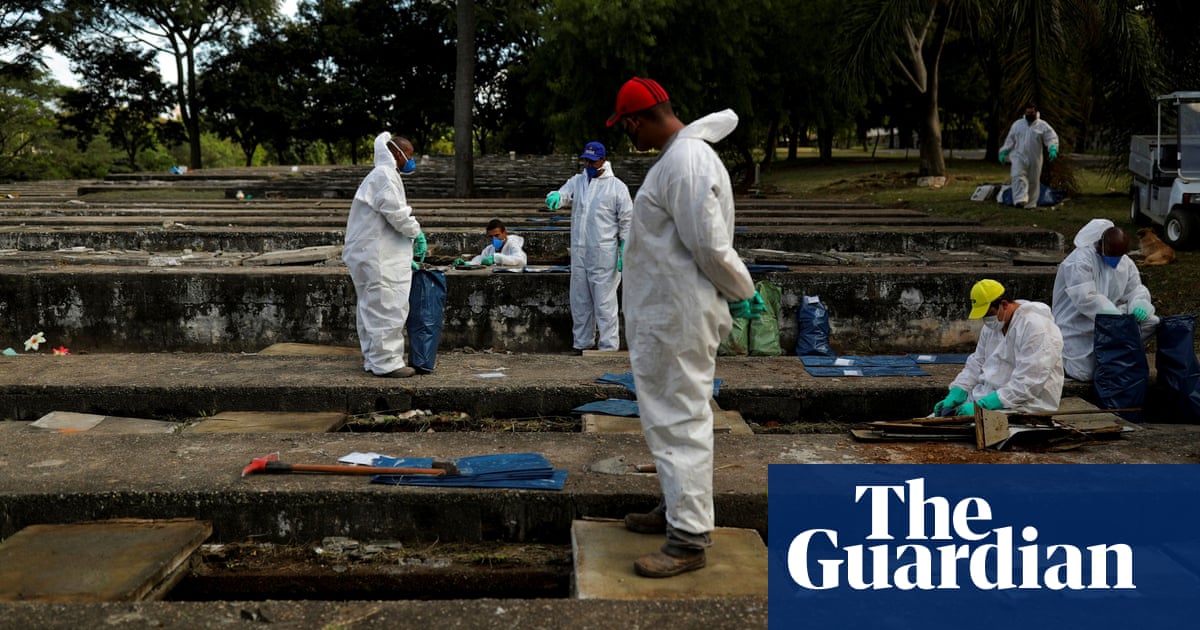 The Brazilian city of Sao Paulo has speeded up the cleaning of old graves to make room for the surge in Covid deaths.

The World Health Organization warned that the pandemic has put many Brazilian states in a “critical state.” On Thursday, gravediggers tried to open the graves of people buried several years ago, filling bags with rotting bodies for transportation to other locations.

The municipal secretary in charge of funeral services said that the relocation of the remains is the standard for cemetery activities. But since the pandemic more than a year ago, Brazil is suffering from a more serious wave of coronavirus, and it has rekindled a sense of urgency.

On Wednesday, the Brazilian Ministry of Health recorded the highest daily death toll in Kovic for the second day in a row, with a total of 3,869 deaths from the virus.

The outbreak in Brazil is the second largest in the world after the United States, with an average of 3,000 deaths and 75,500 new cases occurring every day in the past week-the incidence has steadily increased since February.

Van Kerkhove, a WHO infectious disease epidemiologist, warned that the increased transmissibility of new variants is one of the many challenges facing the country. She said that many states are in a “state of emergency” and hospitals are overwhelmed.

Sao Paulo also adopted late-night funerals to meet demand, and some cemeteries were authorized to open until 10 pm. At the Vila Formosa cemetery, workers wearing masks and protective gear have been digging rows of graves under floodlights and full moon.

The coffin followed closely: a 32-year-old man was placed in an ordinary wooden box. The workers buried a 77-year-old woman, and her covered relatives gathered near the grave.

The city of São Paulo registered 419 funerals on Tuesday, the highest record since the pandemic began. The City Hall stated that if the funeral continues at this speed, more emergency measures will be needed, but it did not specify.

Brazil now accounts for a quarter of the global Covid deaths per day, more than any other country.

Infectious disease experts warn that the situation will only get worse given President Jair Bolsonaro’s efforts to attack restricted movement and the slow introduction of vaccines.