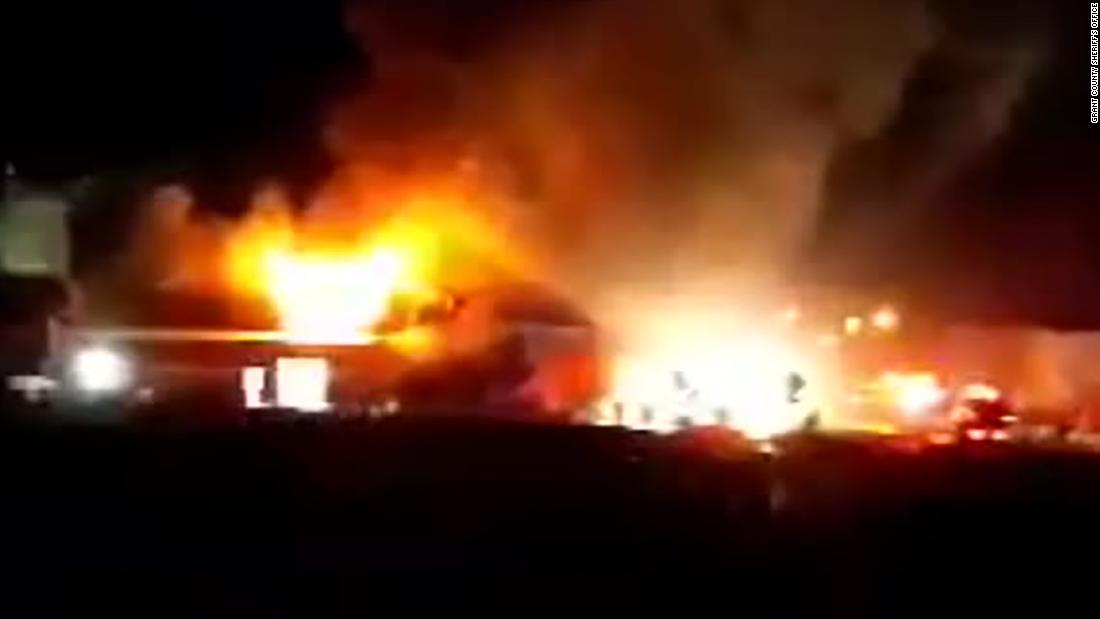 According to the Grant County Sheriff’s Office, the local police and fire department responded to a fire in a commercial building of the Washington Potato Company in Warden, Washington.

The sheriff’s office said there was a “risk of explosion of the ammonia tank”.

The sheriff’s office sent all clear signals to residents in a tweet on Friday morning.

The watchman is located about 90 miles southwest of Spokane. According to the latest estimates from the Census Bureau, the population of the town is approximately 2,800. The exact number of people who ordered the evacuation is unclear.

The Sheriff’s Office said on Twitter that the authorities had issued a level 3 evacuation instruction, indicating “leave immediately,” referring to “all areas west of the U-SE highway and south of Warden SR1

The source said: “Law enforcement officers will notify personnel in tertiary areas from house to house.”

Officials said there have been no reports of injuries so far.

The Grant County Sheriff’s Office said on Twitter: “The Red Cross can provide assistance to people displaced by #WardenFire.”

Washington Potato Co., owned by the Oregon Potato Co., said it is known for its “high-quality dehydrated and dehydrogenated frozen potato products, both domestically and worldwide.”

This is a developing story and will be updated as more information becomes available.