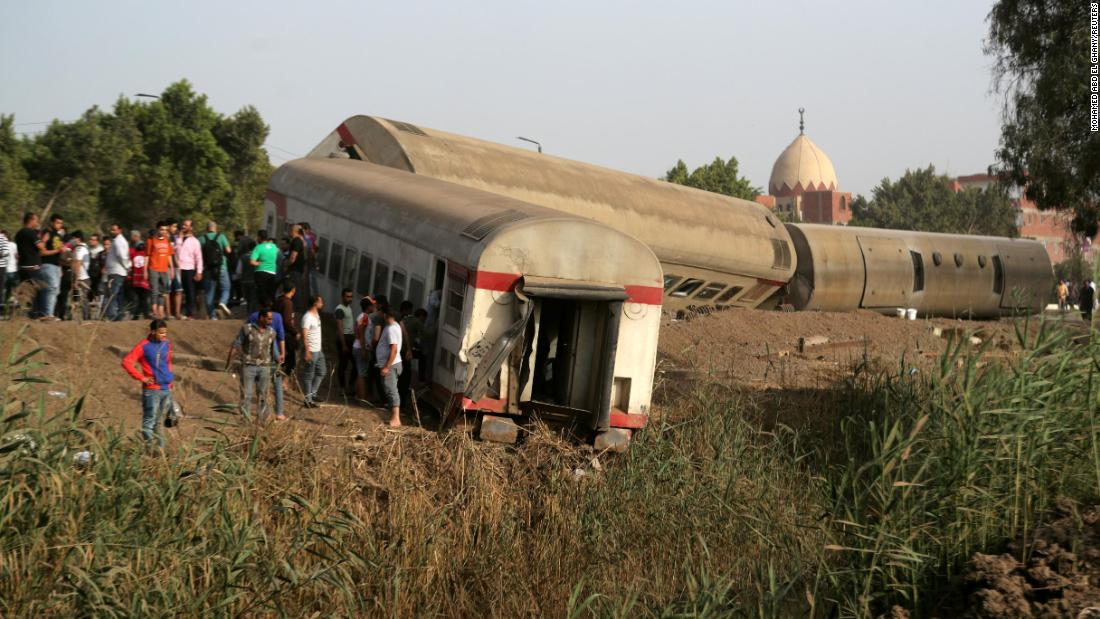 The Ministry of Health sent more than 50 ambulances to rescue the injured from the accident.

The Egyptian Railway Authority said it is still investigating why the train from Cairo to Mansoura derailed.

The Ministry of Health spokesperson Khaled Megahed told a local TV station that most of the injuries were mild or moderate, with only a few critical cases.

A video posted on social media showed the victims and injured passengers scattered along the railway line, next to the overturned train carriage. The sound of the death can also be heard.

The trains in the Eastern Delta have stopped running.

This is the third major train accident in Egypt in less than a month. Last month, at least 32 people were killed and 165 were injured after two trains collided in the Takhta area of ​​Sohag Province in Upper Egypt.