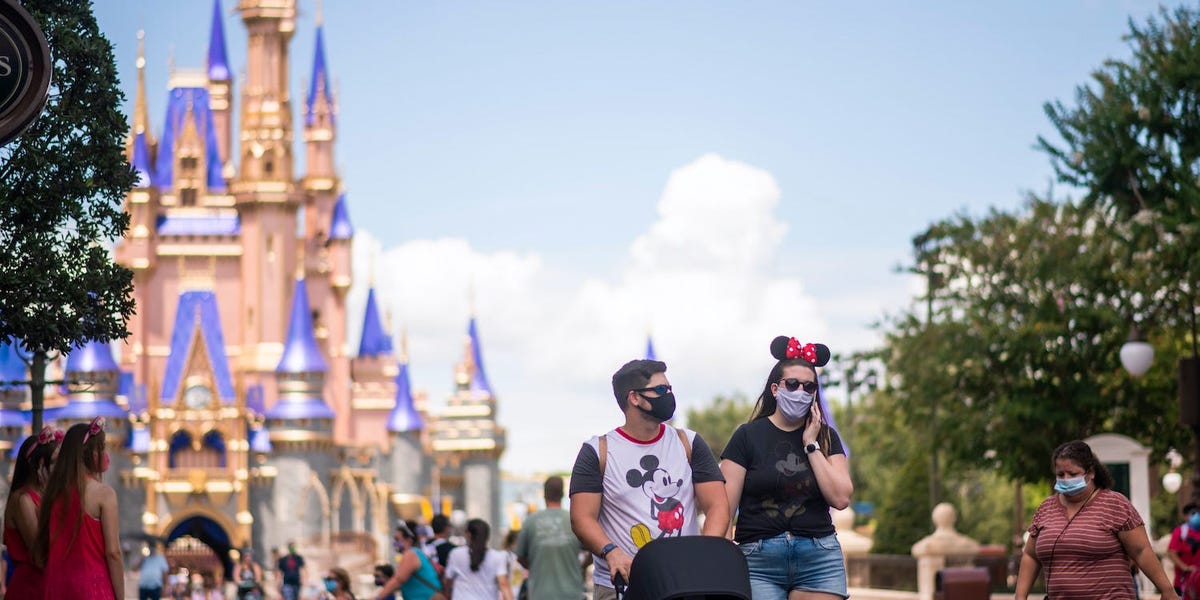 According to the Orange County Sheriff’s Office, a guest at Walt Disney Park was arrested for refusing to check his temperature and charged with trespassing.

The Louisiana tourist was handcuffed in an attempt to convince law enforcement officials that he had paid too much to be arrested.

According to “Orlando Weekly”, the troublesome guest also claimed to be a sheriff and at the same time a sheriff.

According to police reports, batons and Disney staff arrested Baton Rouge residents after skipping a mandatory temperature check outside the houseboat restaurant in Disney Springs.

According to previous reports from Insider, all guests and employees of Disney World are required to undergo temperature screening and wear masks.

The window sill initially refused to conduct a temperature check, but after being handcuffed and escorted out of the park, it requested that the COVID-19 procedures continue. “Please accept my temperature before kicking me out?” Sears said, according to a video seen by the Tampa Bay Times.

An agent replied: “Sir, they will do this in prison.”

Then, an agent told Sears that he was in “private property” and was invading.

Once, as part of the complaint, he claimed to be a shareholder of Disney. “Do you know how many shares I own in Disney?” Sears said, according to a video watched by Orlando Weekly.

According to the Orlando Outpost, he eventually cooperated with law enforcement.

According to court records seen by the Washington Post, Sears later pleaded not guilty to the crime of misdemeanor and trespass.

When Disney World employees tried to implement the COVID-19 safety agreement, they were harassed by guests in detail. An insider reported in March that a security guard at a hotel in a Florida resort, who asked not to be named, said that when he reminded guests to put on a mask, he was spitting.