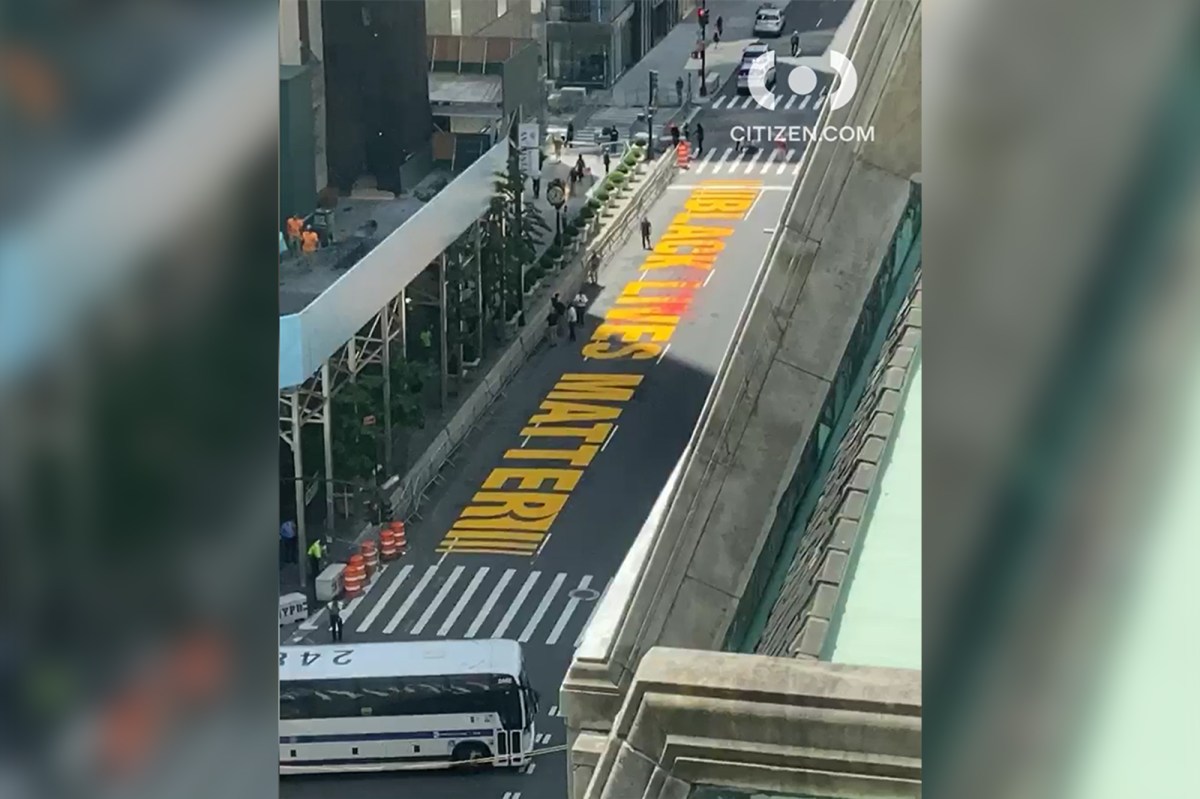 Shortly after noon on Monday, an unidentified man walked to the giant mural outside the midtown skyscraper, splashed red paint on the bright yellow letters, and ran out until the police appeared to investigate the damage.

“I know this is going to happen-all these racisms are continuing,” construction worker Billy McCabe told the Post. “The mural should not be completed in front of the Trump Tower.”

The frescoes announced by De La Blasio earlier this month have become a flash point in the confrontation between pro-Trump and anti-Trump forces, including the ugliness back and forth on Saturday.

De Blasio commissioned a mural last month. On Thursday, when he painted the mural with the first lady Chirlane McCray and the pastor Al. Sharpton, Demonstrators were ridiculed.

Police said the attacker had destroyed important information on Monday. The police said he walked to Fifth Street at 12:13 in a black shirt and black hat, threw away paint, and then ran to 56th Street.

The paint spots passing between “black” and “life” crowded most of the murals through traffic.

Paul Rosen said: “I hope to solve him, but I am old and fat, so I don’t have it.” Paul wearing a “dump Trump” mask and BLM T-shirt and selling anti-Trump goods nearby · Rosen said. When spoilers appear.

He said: “I don’t like anyone to stop free speech, even if I hate Trump, I will never consider undermining Trump’s position.”

Nearby, a man wearing a MAGA hat walked back and forth, holding a slogan that read: “The only important moment in the life of a black man is when a white policeman or Oreo cookie is shot. Defend all policemen.”

Other reports by Craig McCarthy