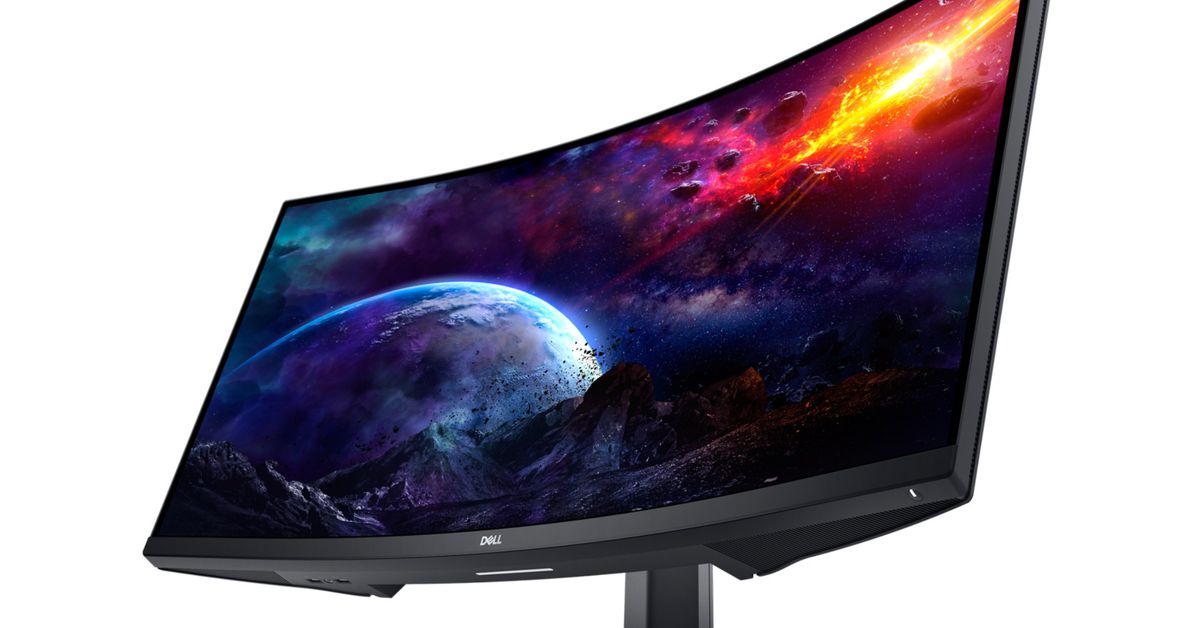 Dell announced four gaming monitors, three of which are curved and will be released in the United States from late May to late June. Unfortunately, it has not yet shared the price, but the company says that they both support AMD FreeSync Premium or Premium Pro and variable refresh rate (VRR). VRR should make them very suitable for consoles like Xbox Series X and PS5 (although the latter has not actually received its promised VRR update). This function can limit screen tearing when the frame rate is adjusted due to hits or performance improvements.

Starting from a big company, the company has a new 34-inch ultra-wide curved gaming monitor (as shown in the picture above, model S3422DWG) with a 1

800R curve, which will not cover your peripheral vision like Samsung’s ultra-curved 1000R Odyssey G9 monitor . The model will first be released in China on May 7, then in North America on May 27, and finally in the Asia-Pacific region on June 22. It has a WQHD (3440 x 1440) resolution and a VA display with a 144Hz refresh rate. Dell touts that it has DisplayHDR 400, although that’s not the specification you want to provide bright, vibrant HDR images. This model supports 90% of the DCI-P3 color range.

Dell also produces a 32-inch curved QHD gaming monitor (model S3222DGM) with a VA panel, a refresh rate of 165Hz, and a response time of 2ms. It is making a 27-inch version (model S2722DGM) with the same specifications, but in fact it has a slightly larger curvature at 1500R than the 1800R 32-inch model. They will all be released in China on May 7, and will be on sale globally on June 22.

It may look similar to the previous picture above, but the fourth monitor announced today may be particularly appealing to people with Nvidia graphics cards. This is a non-curved 24.5-inch FHD gaming monitor (model S2522HG), in addition to FreeSync Premium, it also has an IPS panel and G-Sync compatibility. It has a refresh rate of 240Hz and a response time of 1ms. This version will be released in China on May 7, and will be available in other regions on May 27.

As usual, every new Dell monitor has a stand that provides all-round motion, including height, pivot, rotation, and tilt adjustments.