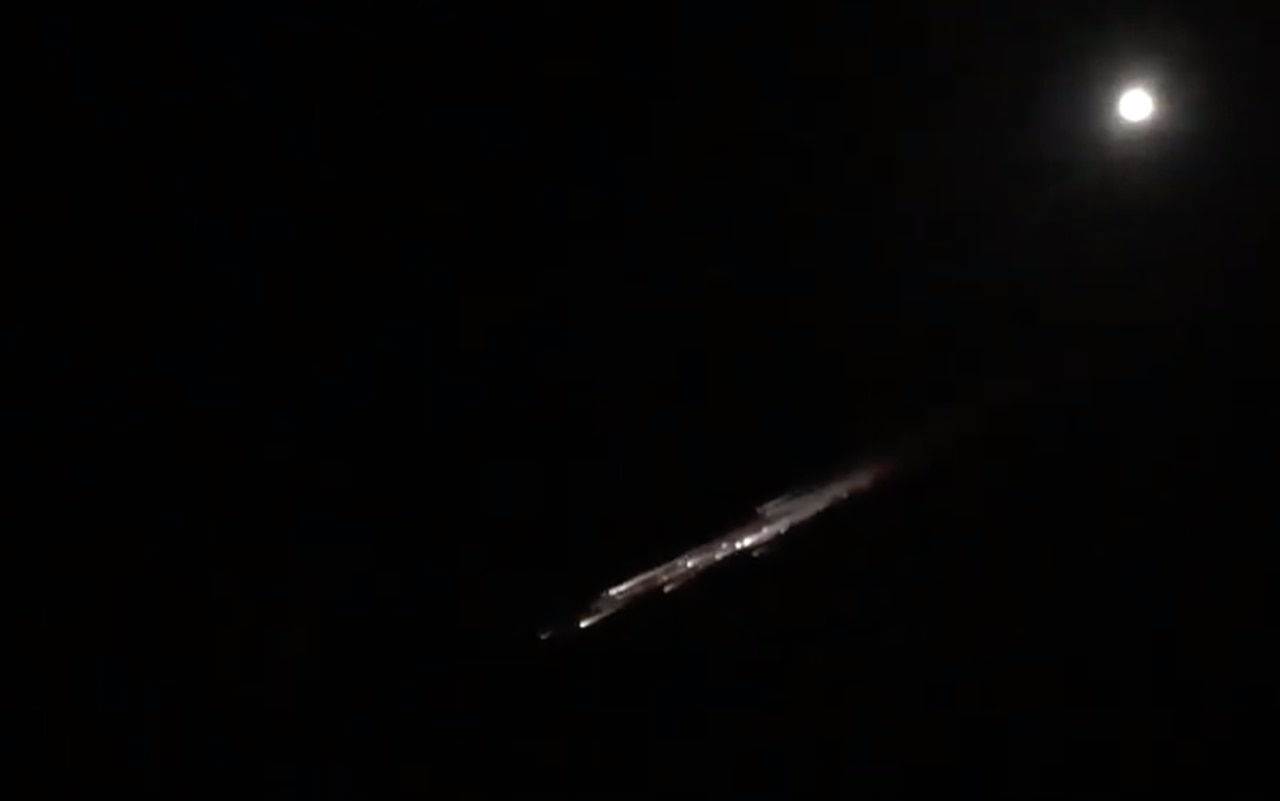 Authorities said a piece of burning rocket fragment was found streaking across the Pacific Northwest sky last week and crashed on a farm in eastern Washington state.

According to the “Three Cities Herald”, after the events of March 25, a farmer found an almost intact rocket on a private land.

Grant County Sheriff’s spokesperson Kyle Foreman said that the approximately 5-foot-long pressure vessel wrapped in a composite material used to wrap helium left a nearly 4-inch dent on the ground. He said that no one was injured.

The Seattle National Weather Service stated that the bright objects that were widely reported in the sky on March 25 were the remnants of the second phase of the SpaceX Falcon 9 rocket, and when they returned to the Earth’s atmosphere they burned and left traces like comets.

The official said that the farmer, who asked not to be named, suspected that the debris might have come from the rocket, and left a message to the sheriff̵

7;s office over the weekend. The representatives responded on Monday and contacted SpaceX officials. Foreman said SpaceX confirmed that it was part of the rocket and has retrieved it.