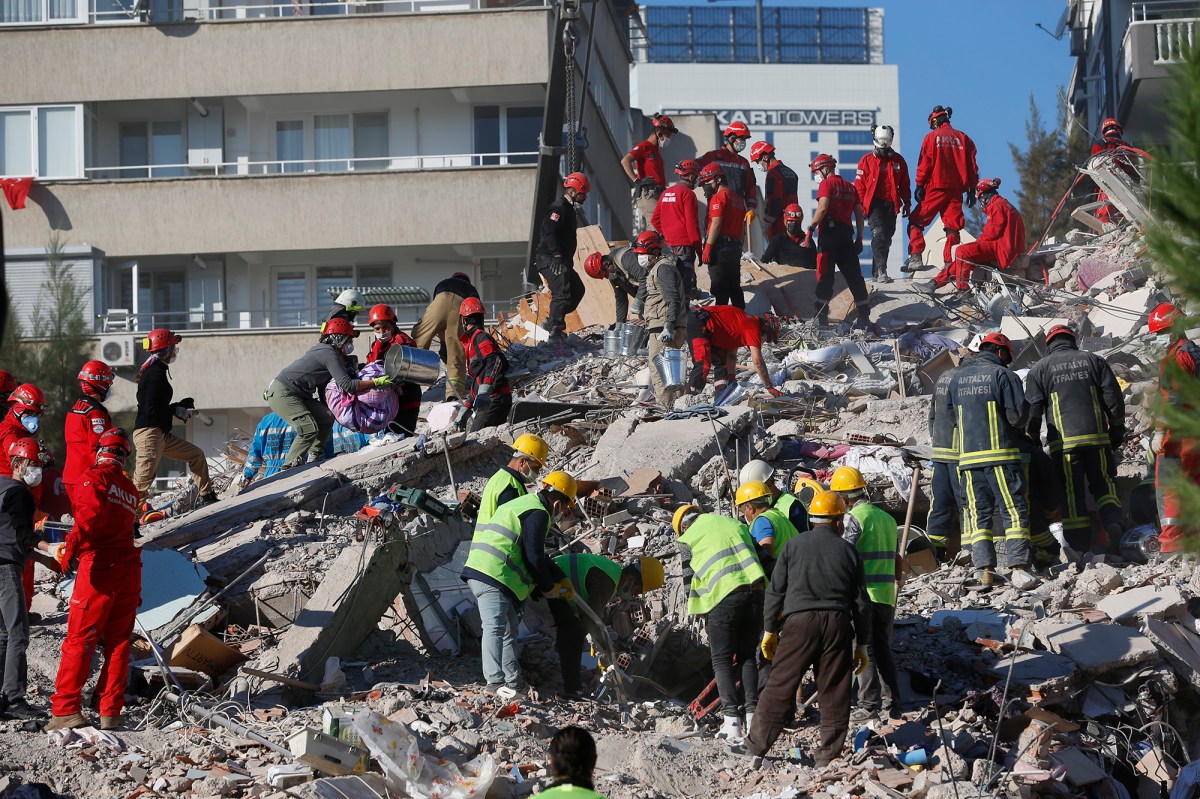 On Saturday, on the second day of the magnitude 6.9 earthquake, when rescuers rescued the teenager Inci Okan from a collapsed eight-story apartment building in Izmir, Turkey, onlookers cheered.

The Associated Press reported that Inci’s dog, Fistik, was also rescued. It was a bright moment when the crew picked and plowed in this devastating disaster.

As hundreds of aftershocks continued to spread, the death toll rose to 28, and more than 800 people in three Turkish cities were injured. So far, about 100 people have been rescued.

A strong earthquake in the Aegean Sea shook Turkey’s third largest city, Izmir. This was the worst at noon on Friday, causing a mini tsunami to flood the streets and destroy at least 20 buildings.

At least 26 people were killed in the city, including an elderly drowning woman, and at least 20 people were trapped in the rubble of the pancake building.

According to Reuters, workers were trying to rescue a 38-year-old woman and her four children, 3-year-old, 7-year-old and 1

0-year-old twins, from a collapsed building on Saturday. Officials said that search and rescue operations have been completed in eight buildings and are ongoing in nine other buildings.

After their walls collapsed, two teenagers were also killed on the Greek island of Samos. At least 19 people were injured on the island.