Deadly police continue to demonstrate after shooting down Kevin Peterson Jr. near Vancouver 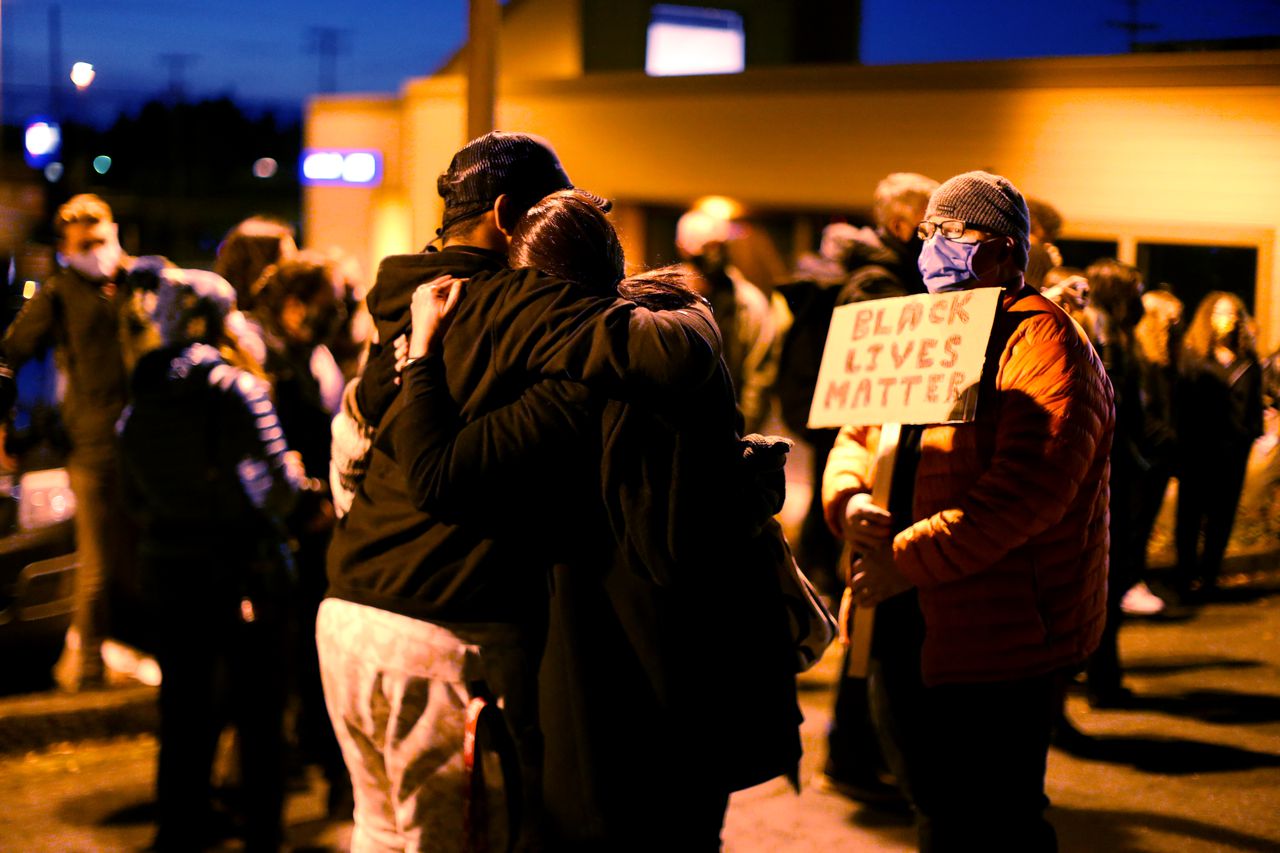 On Friday, a Clark County legislator shot and killed a 21-year-old black man. After the death, demonstrations continued for the second night in a row due to increased problems regarding his death.

A day ago, hundreds of people gathered at the place where Kevin Peterson Jr. was shot. Investigators said the representatives approached him because they thought he might have been selling drugs in the parking lot of a Vancouver suburban hotel.

The exact circumstances of the shooting remain unclear. The Independent Investigation Response Team of Southwest Washington, which is investigating the shooting, said Peterson “produced” the gun before the representative was fired. Earlier Friday, Clark County Sheriff Chuck Atkins said that Peterson first shot in the House of Representatives. Investigators said they found a .40 caliber Glock pistol near Peterson̵

Peterson is the father of a baby daughter. He grew up in Portland and attended high school in Vancouver. He recently lived in Camas.

The shooting occurred near a U.S. bank along Highway 99 in Hazel Dell, Clark County. On Friday night, the opposition demonstrators gathered at the scene, standing across the road from each other. The first group held a candlelight vigil in Peterson’s memory. The second smaller group responded to the call for a “stance” against the violence of the “Portland Antifa” organization. By around 8:45 in the evening, the tension between the two parties escalated into shouting. The police avoided.

Before the commemoration began, a black woman used a megaphone to tell people not to talk to each other. About 40 people formed a semicircle and placed the lighted candles on the ground silently. One person cried.

Natalie Scott of Vancouver said: “I have a black brother, a black father and a black friend. I don’t want to see one of them happen.” “If this happens to them, it’s It’s what I want everyone to do. Stand up for them. Even me.”

Peterson’s relatives also came to the memorial and wept with each other. By 8 pm, the crowd gathered around the vigil increased to about 300 people. A speaker encouraged people to continue participating in the “Black Lives Issues” protest to end police violence against blacks.

The organizer said: “We need fairness, we need equality. We need accountability and police transparency.”

After a moment of silence, the activist Mac Smiff addressed the crowd.

Smieff said: “When I was a kid, I lived in Vancouver, Washington. One of the reasons I moved back to Portland was that I always felt like my goal here. I lived here for a while, and then I went back Tran, my wife and I had to change cars at the time because they would pull me down every day.”

The news of Peterson’s killing immediately attracted attention and sparked a small protest a few hours after his shooting late on Thursday. The police car prevented the demonstrators from reaching the shooting scene. Protests against his killing continued all day Friday.

Gibson said in a video posted to YouTube: “The people of Vancouver will not give in.”

By around 7 o’clock in the evening, about twenty people gathered from the vigil, many waving the banner of President Donald Trump or pro-police. Some counter-protesters also gathered further afield. Seven men carrying rifles stood outside Franz Bakery, about a block near the guard site.

The driver honked his horn when driving between two groups of people. It is impossible to judge which side they support.

As of 8:30 in the evening, officials had not arrived at the scene. After some cars drove quickly between the demonstrations, left-wing demonstrators blocked the traffic near the vigil site.

The organizers of the vigil announced shortly after 9pm that they would move the memorial to a park in downtown Vancouver. When the crowd became alert, a police car drove by and screamed loudly.

In the parking lot of a nearby bar, verbal quarrels between some people and about 50 anti-demonstrators also continued to erupt.

After a conflict, pepper spray filled the air and people fled from the parking lot. A man got help after being sprayed on his face. “I can’t breathe,” he said after a protesting military doctor emerged from his eyes.

As the scene was still tense, the crowd from the earlier vigil gathered again in downtown Vancouver and marched through the town.

An eyewitness to the shooting told Oregonian/Oregon Real Time on Thursday night that he was driving on Highway 99 when several police cars drove into the bank parking lot. The man only wanted to be identified by his name Dan, because he was worried about strong public opposition.

He said that there was a black man in the parking lot, “just jumping around and looking worried.” He said that the police officer got up, got out of the car with a gun, and quickly opened fire.

He said: “Suddenly, we started to hear the sound of’pop pop pop pop’.” “We don’t know how fast it happened.”

He said that when the police arrived, the man who was shot “looked really scared” and seemed to put his hands in his pockets. He said that the shooting was almost “instantaneous.”

Oregonian/OregonLive’s Beth Nakamura, Shane Dixon Kavanaugh, Noelle Crombie and Samantha Swindler contributed to the report, which will be updated.

Subscribe to Oregon/Oregon real-time Newsletter with podcast Get the latest news and hot news.