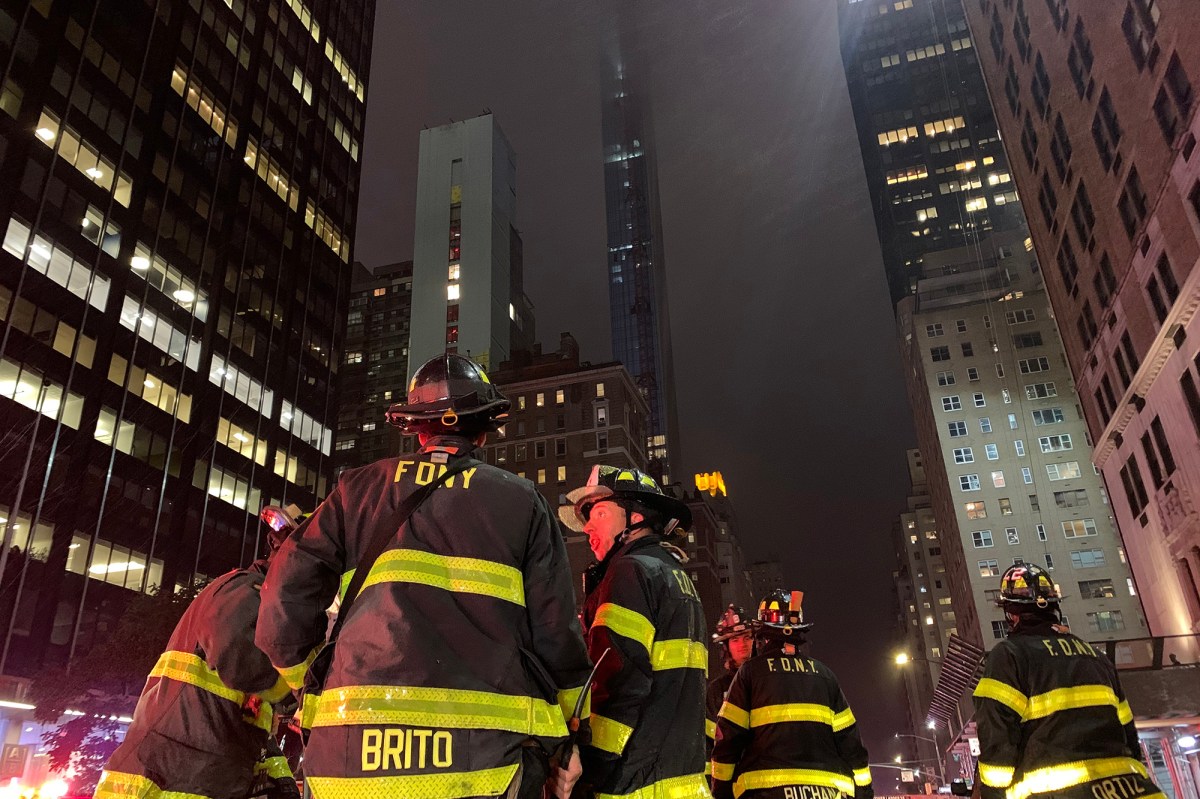 On Thursday night, a crane on the roof of a high-rise apartment building in Manhattan spun with the wind, dropping debris from the building under construction onto the street below.

The video taken at the scene showed that the crane was spinning wildly in the wind and rain on a building in Midtown near West 57th Street on Sixth Avenue.

Fire officials said FDNY is responding to the wreckage of 111 West 57th Street. It is not clear whether anyone was injured in the accident.

The New York City Police Department also warned pedestrians not to avoid the area because of falling gravel.

“Please avoid the West 57th Street area between Sixth Avenue and Seventh Avenue due to unstable cranes and falling debris. The department said in a tweet: “Emergency vehicles and traffic are expected in the area. “

The Ministry of Construction stated that the crane is safe, but it is “weathercock”

; in the wind, which is a normal function of the crane and can swing 360 degrees when not in use.

The agency is investigating what caused the debris to fall from the building.

Television personality Keith Olbermann was near the accident site and recorded a video of a crane swaying in the wind.

Alberman said in a tweet that debris fell from the crane.

“The New York City “weathervane” construction crane is located on the top of the 85-story building on W 57th Street at 111 6th Street. Two 8-foot pieces of debris have fallen on the street,” Alberman wrote.

DOB warned real estate owners that because the city is being hit by Hurricane Zeta, which is sweeping the Gulf Coast, it is necessary to ensure the safety of construction equipment.