COVID-19 cases in Colorado are on the rise again, but hospitalization trajectory remains unclear 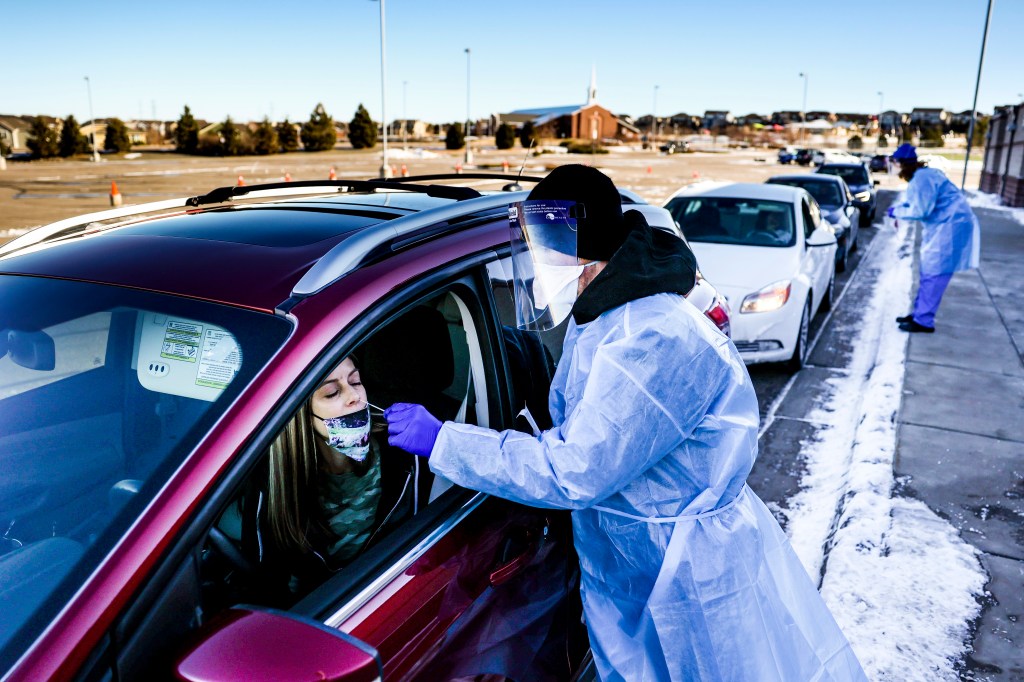 In Colorado, new COVID-19 infections rose for the second consecutive week, and hospitalizations for the virus increased on Monday, although it is not yet known whether this is the beginning of an upward trend, rather than the beginning of the recent increase in cases.

As of Monday afternoon, 401 people in the state were hospitalized for confirmed or suspected COVID-19, an increase of 25 cases a day, the highest level since March 1.

In the past few weeks, the number of people hospitalized due to this virus has been stable, but it has indeed increased, so the number of people in a day is not necessarily too many. But the number of new cases rose for the second consecutive week, and the length of hospital stay usually rose or fell with cases after a delay of one to two weeks.

The Colorado Department of Public Health and Environment reported 8,698 new coronavirus infections in the week ending Sunday, an increase of approximately 600 cases from the previous week.

For the first time since late January, the percentage of positive COVID-1

9 tests across the state has reached 6%, indicating that the increased testing should not be attributed to the increase in cases. The positive rate of more than 5% raises concerns that the infection cannot be identified through testing.

Beth Carlton, associate professor of occupational and environmental health at the Colorado School of Public Health, said these indicators indicate an increase in the number of transmissions, rather than accidental numbers. She said this increase may be due to some combination of the state’s relaxation of restrictions, people tired of taking preventive measures and spreading more contagious variants of the virus, she said.

Experts hold different opinions on whether the United States is the fourth wave or an isolated hot issue. Cases in the Northeast and Midwest are increasing, and hospitalization in certain states is also increasing.

Carlton said the good news is that for people over 65, the number of new illnesses and hospitalizations is declining, and these people are most likely to become seriously ill or die. She said this shows that the vaccine is working.

Carlton said that the probability of severe illness caused by COVID-19 increases with every ten years of life. Therefore, after vaccinating a large number of elderly people, the state is unlikely to exceed the capacity of the hospital. She said that despite this, the hospitalization rate may still rise by at least a small percentage, because young people still get seriously ill.

She said: “We expect that the number of hospitalizations will increase.” “We do not foresee a full-blown crisis.”

In the past month, the percentage of hospitalizations involving young people under the age of 50 has increased, although the change is so small that it is difficult to determine whether this is a trend.

Since March, UCHealth has seen the number of people in the 20 to 30 age group receiving treatment for COVID-19 in hospitals or outpatient facilities doubled. Dr. Richard Zane, chief innovation officer of UCHealth, said that overall hospitalization in the health system has remained stable, but more young people are hospitalized than a year ago.

Zane said that young people are less likely to be vaccinated and do not take as many preventive measures as older ones. He said the spread of the more contagious variant may also be related to the increase in young people seeking care, but it is not clear whether the variant makes them sick.

Carlton said people who have not been vaccinated need to wear masks in indoor public places, avoid crowded buildings and limit their close contact.

She said: “If you have not been vaccinated, please be careful.”

Jessica Seaman, a writer for the Denver Post, contributed to this report.

Subscribe to the bi-weekly newsletter to send health news directly to your inbox.