Coronavirus in Oregon: The number of hospitalizations surged to more than 300, establishing new business restrictions 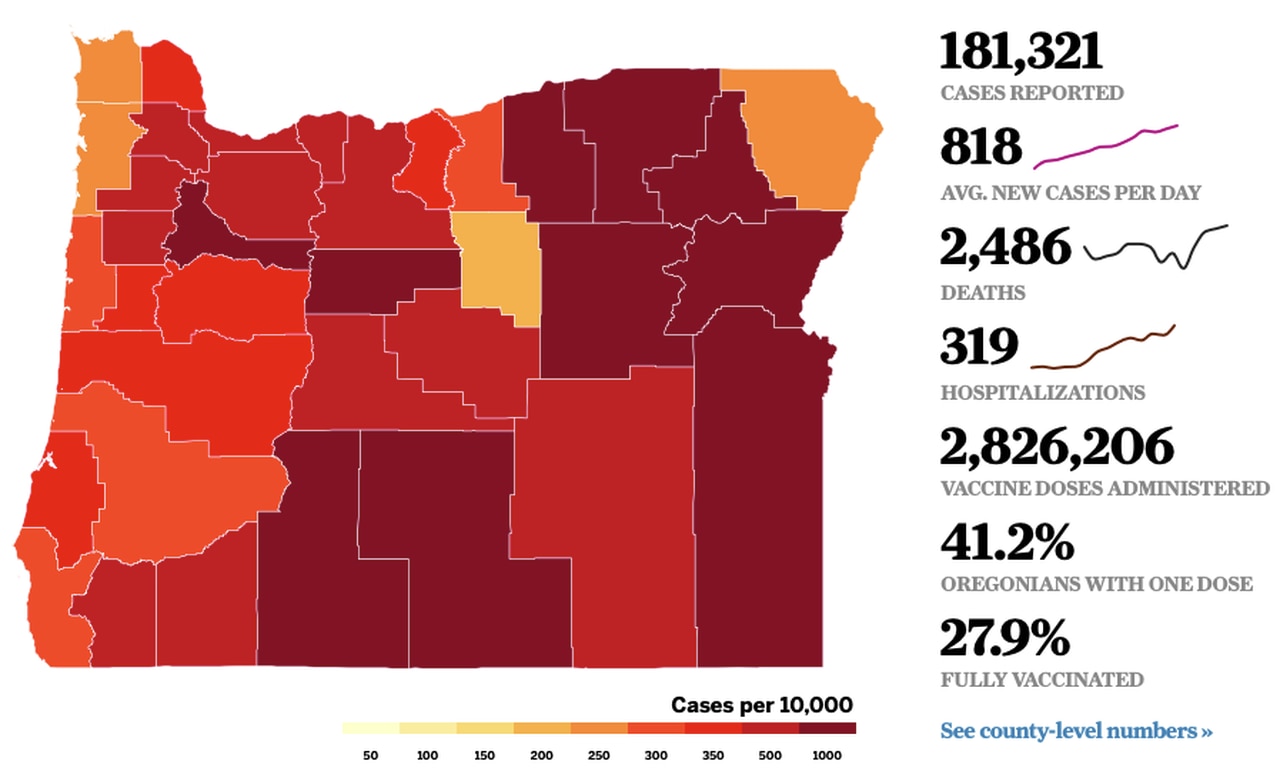 The Oregon Health Authority reported on Monday that one COVID-19 death and 630 new coronavirus cases were caused by a surge in hospitalizations across the state-this week causing the worst-hit counties to close indoor eating places.

Governor Kate Brown is expected to announce on Tuesday which counties will face new restrictions on restaurants and stadiums, but based on preliminary state data, the list seems likely to include Multnomah and Clackamas. )county.

The imminent restriction was triggered on Monday as Oregon reported 31

9 people were actively hospitalized due to confirmed COVID-19 cases, exceeding the benchmark of 300 people set by Brown earlier this month.

State officials also revised the quarantine guidelines for people exposed to the coronavirus, with an average of 818 cases per day, which is expected to continue to climb until early May.

The Oregon Health Administration did not recommend 10 or 7 days for a negative person, but extended the quarantine period to 14 days.

The guidelines do not apply to people who are fully vaccinated, but for others, the state stated: “The 14-day quarantine is the safest option to prevent the spread of COVID-19 to other people.”

At the same time, Oregon has not exceeded 800 cases a day on average since January 21, and the active hospitalization rate has not reached such a high level since January 25. Over the past week, the state’s positive test rate is equally disturbing, at 6.1%, which is equal to the level in the same period in January.

According to the New York Times database, Oregon is one of the only 14 states with an increase in cases, and the state has the highest growth rate in the past two weeks. Overall, Oregon ranks 17th per capita.

vaccine: The State of Oregon reported 27,077 new doses, including 18,911 on Sundays and the rest in the previous days.

Who died: The 2486th death from COVID-19 in Oregon was an 80-year-old Douglas County woman who tested positive on April 23 and died at Mercy Medical Center on April 24. State officials are confirming whether she has underlying diseases.

Hospitalization: 319 confirmed cases of COVID-19 were hospitalized, an increase of 28 from Sunday. This includes 77 intensive care patients, 11 more than Sunday.