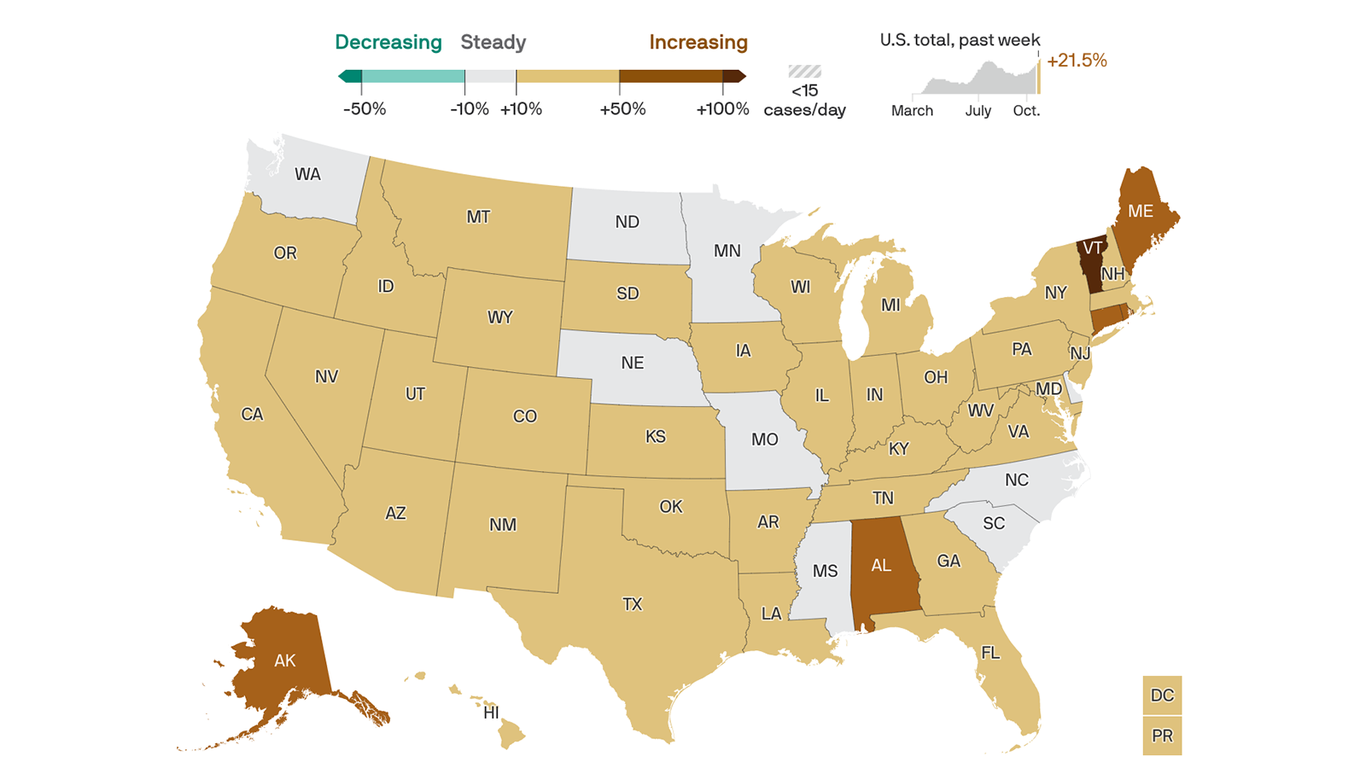 In the last week before Election Day, the new coronavirus infection has soared to the highest level in history, in fact ensuring that the pandemic will become the main problem in the United States, as voters prepare to elect the next president.

Its location: In the past week, an average of nearly 72,000 people tested positive for the coronavirus every day. This is the highest 7-day average on record.

What’s next: The third wave of infections has already begun to strain hospital resources in some parts of the country and will inevitably lead to more deaths. It has killed nearly 220,000 Americans.

Bottom line: Eight months have passed since the pandemic. Not only did the United States fail to contain the virus, but it also spread faster than ever before.

Every week, Axios tracks the changes in new infections in each state. We use 7-day averages to minimize the impact of daily variances in state reports.