Chinese scientists find the answer to a fast radio burst 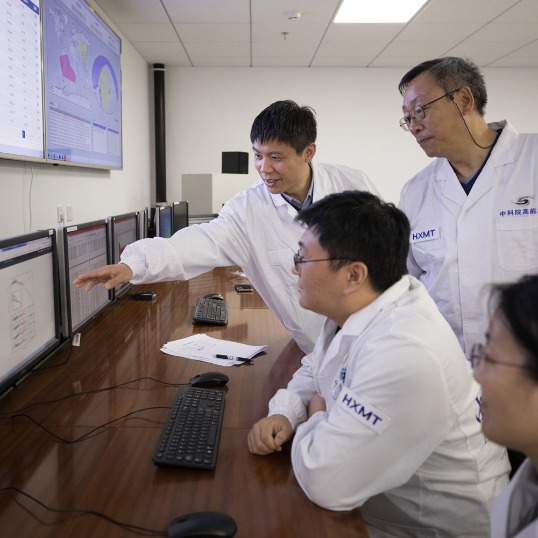 According to a study published in the journal Natural Astronomy on Friday, Chinese scientists have confirmed that rapid radio bursts (extremely strong but short-lived cosmic flashes) may come from magnetars, celestial bodies whose magnetic strength is about 1

00 stronger than that of the earth. Trillion times.

Zhang Shuangnan, a researcher at the Institute of High Energy Physics, Chinese Academy of Sciences, said that this is the first confirmation of this feat, and this discovery is of great significance for understanding the most mysterious events in the universe.

Since their discovery in 2007, FRBs have fascinated astronomers because they can release huge amounts of energy within a thousandth of a second, which makes them a well-known elusive phenomenon. What is even more puzzling is that certain FRBs will recur, which has led to many theories, from star collisions to the activities of alien civilizations.

He said: “There are more than 560,000 search results about FRB and aliens on the Chinese search engine Baidu, while the actual FRB itself has only about 3.5 million search results,” he said. “This shows that the public is very interested in the mystery of FRB, and speculation is high.”

Scientists speculate that FRB may be emitted by a special class of neutron stars (called ultra-dense remnants of massive stars), which are called magnetars. However, most known FRBs come from distant galaxies billions of light-years away, so scientists have been working hard to find their source because most telescopes are not sensitive enough to see them.

FRB occurs about 30,000 light-years away, close enough for our telescope to observe. The name of FRB is FRB200428. Scientists believe that the culprit is a magnetar named SGR J1935 + 2154, which is the general direction of the event.

Although more research has been conducted to determine that the magnet is the source, the discovery of FRB is very likely to be exciting enough to be listed as one of the biggest scientific achievements last year by the journal Nature and Science.

Zhang, who is also the chief scientist behind Insight, said that since X-rays penetrate the interstellar medium faster than radio waves, the time between the X-ray signal and the arrival of FRB radio waves should be a small distance from the earth.

Thanks to the advanced Insight equipment launched in 2017, scientists found that the time interval is 8.62 seconds, which is consistent with the amount of time the interstellar medium delays radio wave signals. This confirmed that the X-ray burst and FRB came from the same event.

In addition, by accurately measuring the X-ray burst, Insight confirmed that it came from a magnet. This discovery and the results of other telescopes prove that FRB may have originated from magnetars, thus solving the long-term problem about the origin of FRB.