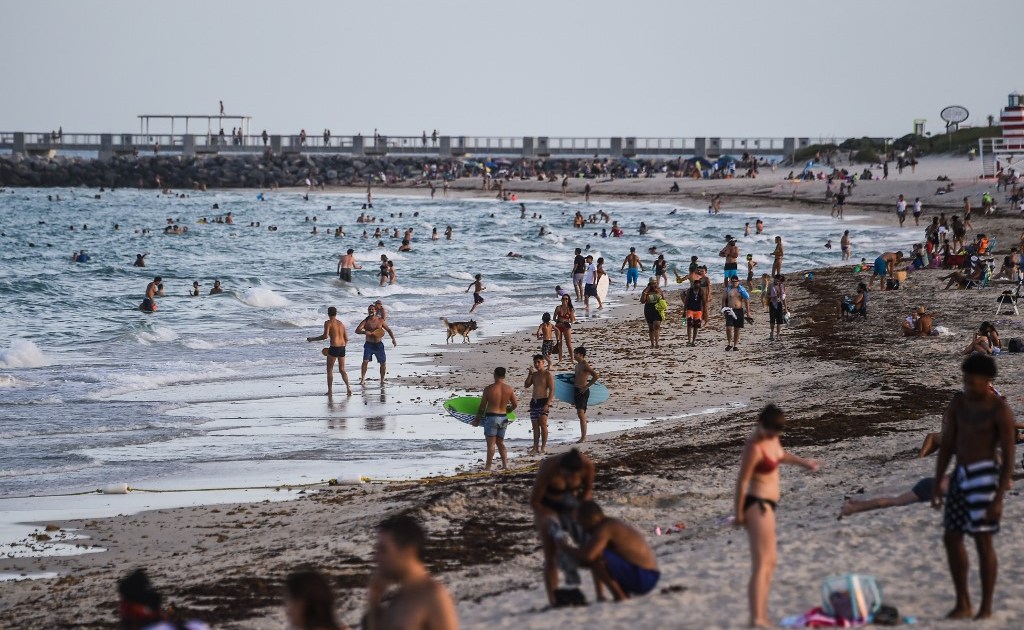 The CDC survey shows that since the beginning of the COVID-19 pandemic, more and more people use masks, but young people aged 18 to 29 are more likely to ignore safety measures.

A new survey conducted by the US Centers for Disease Control and Prevention (CDC) found that as the coronavirus pandemic deepens in the United States, the number of people wearing masks has increased, but young Americans are least likely to take containment measures.

The survey was released on Tuesday and found that between April and June, the proportion of American adults who reported wearing masks rose from 78% to 89%. It polled more than 2,000 people over the age of 18.

8 and 29 were lax in taking preventive measures, leading to an increase in the number of infections in their age group in the following months.

“Although young people are unlikely to suffer the most serious complications of COVID-19, the infection is still severe in some cases; CDC researchers said: “Even mild cases or asymptomatic people can spread the virus to The most vulnerable elderly. “

Adults 60 and older are most likely to follow CDC recommendations. From April to June, the number of elderly people who reported wearing masks increased from 83.7% to 92.4%.

Researchers from the Centers for Disease Control and Prevention analyzed the findings. They said that older people “may be more worried” about the epidemic because they may harm their health.

The Centers for Disease Control and Prevention (CDC) recommends a variety of preventive measures to contain the spread of the coronavirus, including wearing a mask, but US President Donald Trump and many members of his administration have repeatedly ignored its recommendations.

Health critics said Trump violated the rules for wearing masks and sent the wrong signal to the public. He, his wife Melania (Melania) and son Barron (Barron) tested positive for the virus earlier this month.

After Trump tested positive for the drug, he has repeatedly been ignored by medical experts in requesting to isolate himself, and there has been a public rebound in support of his bid for re-election on November 3.

As of Tuesday, in the United States, nearly 8.8 million people have been diagnosed with the virus, and nearly 227,000 deaths have been reported, the highest number in the world.

The country has also seen a wave of new cases, with a daily record of over 85,000 last Friday. More than 74,000 cases were also reported on Monday-still higher than the previous record of 73,000 in July.

The CDC’s investigation also pointed out that compliance with other measures recommended by the CDC (such as washing hands, distancing from society and avoiding mass gatherings) has not decreased or changed.

But those American adults who report wearing masks are more likely to take other preventive measures and pay more attention to stopping the spread of the virus.