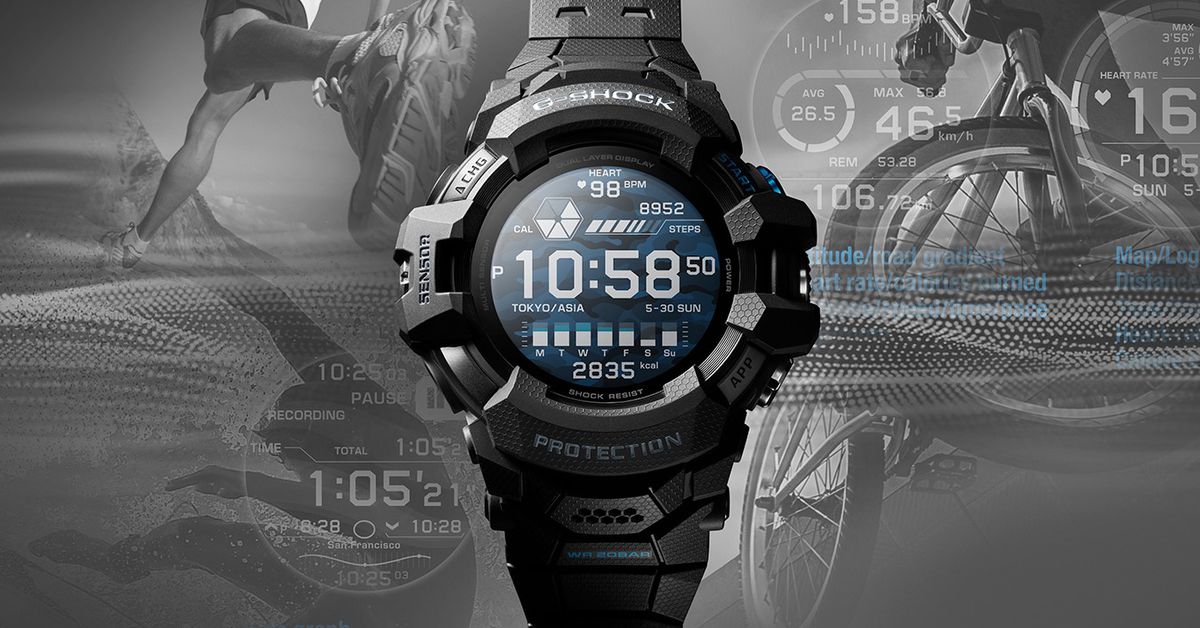 Casio announced the first Wear OS smartwatch in its long-running G-Shock series: GSW-H1000. The watch retails for US$699 in the US and £599 in the UK. It will be available in red, blue or black. Casio said that GSW-H1000 has a depth of up to 200 meters of impact resistance and water resistance. It is a fitness-focused wearable device designed for everything from surfing to snowboarding.

Since the release of the Casio smart outdoor watch with Android Wear technology in 2016, the watchmaker has been using Google’s smartwatch OS to release devices. But this is the first time that Google̵

7;s software has appeared on G-Shock watches. The history of the G-Shock series can be traced back to the 1980s, and these watches are known for their longest wearing time.

GSW-H1000 has many functions expected by fitness smart watches. There is an optical heart rate sensor, and Casio’s built-in software supports 15 sports and 24 indoor exercise options. The watch supports GPS and has a built-in compass, height sensor, accelerometer and gyroscope. Wear OS means Google Assistant and Google Fit support, and you can download apps from Google Play.

In terms of hardware, the watch has a 1.2-inch 360 x 360 double-layer display that combines a monochrome always-on LCD display with a color LCD panel. If you use a color display, the battery life is about one and a half days, if you only use the watch for timing and sensors, the battery life can be extended to one month. Casio said it takes about three hours to fully charge.

There are rumors that an Apple Watch for extreme sports will be launched soon, and Casio and other rugged smartwatch makers may soon face more competition. But at least on paper, the GSW-H1000 seems to be able to meet the challenge.