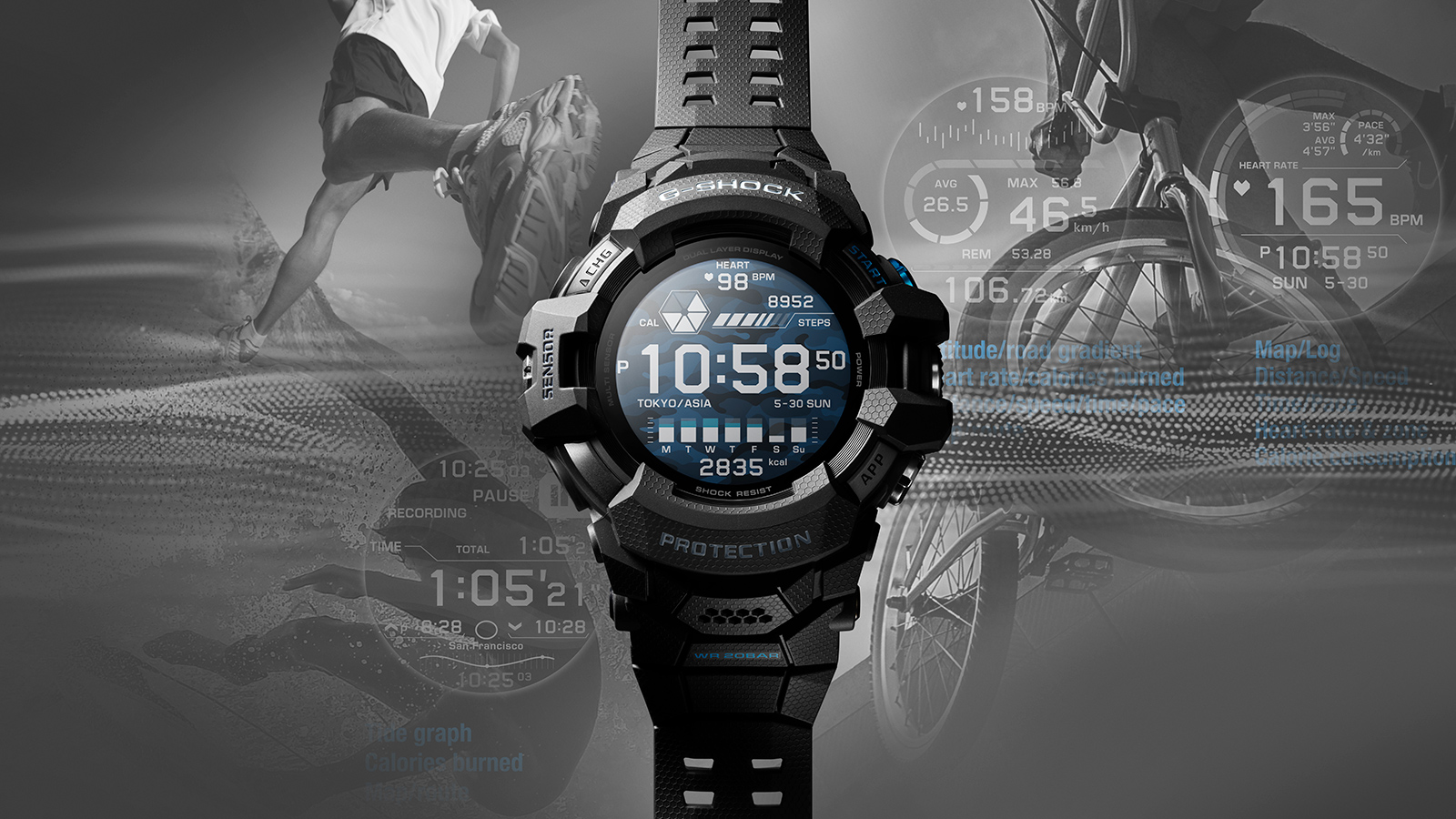 Just as the rumors might appear in the rugged Apple Watch, Casio (Casio) launched the first rugged G-Shock smartwatch using the Google Wear OS platform. GSW-H1000 is part of Casio’s rugged and durable G-Squad Pro series, with many sports functions, and is the first G-Shock watch with a color display.

As you would expect in a G-Shock watch, the GSW-H1000 has a magnificent appearance with a titanium alloy back cover to improve durability. This is supported by actual toughness, including impact resistance and water resistance at a depth of 200 meters. The new feature is Android Wear OS plus a double-layer display with an LCD screen that always displays the time for displaying the time, and combined with a color LCD screen that can display maps, notifications, sensor data and other information. Although Casio has used Wear OS in its Pro Trek smartwatch series, this is the first use of G-Shock watches.

This watch is also equipped with sensors, including built-in GPS, optical heart rate sensor, compass bearing, altitude, air pressure and so on. It also includes the Casio app for 24 indoor exercises and 15 activities, including running, road cycling and swimming, or more extreme sports, such as surfing and snowboarding. At the same time, the Wear OS platform allows you to access smartphone notifications, numerous applications and Google Assistant access rights. The biggest disadvantage of the color display is the 1.5-day battery life, although it can be extended to one month in the “multi-clock mode”.

The Casio G-Squad Pro GSW-H1000 is available in red, black and blue, and is priced at US$700 in the US and £600 in the UK. Although it has not yet appeared on the US G-Shock website, it is scheduled to arrive in mid-May. However, you can find it on the UK site and ask to be notified when it arrives.