Canzano (Canzano): the new name for the civil war duel under the noses of Oregon ducks and Oregon beavers 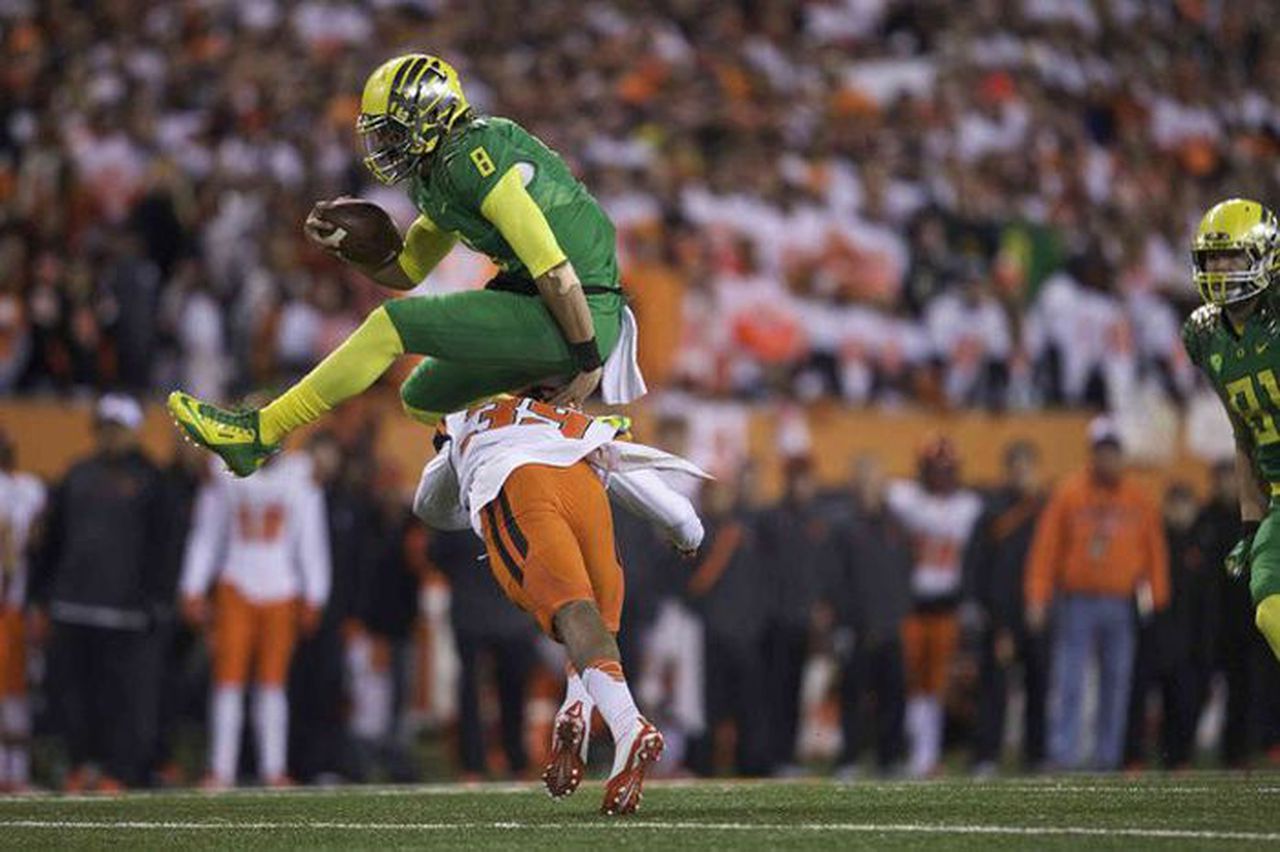 It never makes sense to call the Civil War the opposite of Oregon and Oregon.

Over the years, I have tried to explain to outsiders that this competitive name was born more than 100 years ago. It is a tired sports/war metaphor and was never intended as an actual reference to the American Civil War.

The chaotic association officially ended on Friday. UO and OSU issued a joint statement announcing that they would no longer use the term “civil war”

; in sports competition games. Both parties will choose something new. But this should not be left to the marketing company or a group of external consultants.

This is your job.

It cannot be forced. In fact, I really don’t think there should be any competition to engage in a heated debate. The series features ducks and beavers. It already has a trophy with an amazing, unusual story. Therefore, if they want to choose a meaningful name for the competition and capture the unique and interesting flavor of our country, there can only be one choice.

Platypus bowl. Or the battle of platypus.

Of course, for the annual football game.

Maybe it’s the platypus series or the platypus cup or the entire sports game. Work out the details. Millennials may call it “Pratti.” But this is the framework for competition in the next 100 years or so.

On Friday, I went to social media for advice on the renamed competition. Twitter gave me some beauty, Including “Birkenstock Bowl”, “Wine Hullabaloo” and “Semiaquatic Shootout”. Facebook’s audience loves the “turf wars”, “marijuana classics” and “the battle between the two highest paid national employees”.

It’s worth your time to quickly browse the various social media feeds. This is an interesting study. Because soon the photos of frustrated and scattered audiences appeared. The disagreement between the two parties is between those who provide creative choices and those who are angry and frustrated by what they think is unnecessary correction.

I think you can call the series at home. But the platypus is half the duck, half the beaver. We need some unity now. The platypus gave us. Rename the competition to “Williamette Classic” or “The Oregon Battle”, which looks good on T-shirts, but this is a series with an amazing and interesting history.

It should have a unique name.

Those are not traditional mascots. It is impossible to defeat some plain nicknames in this competition. The Oregon-Oregon State University battle was a football match in 1937, which featured a rally in downtown Eugene, and finally showed up as OSU fans and greeted the ducks and ducks with ears of corn.

This is a different kind of competition, understand? A platypus with a duckbill and a beaver body is a distinctive animal.

Did you know that Oregon State University played football games without a head coach (1898)? Or 37 bets in the 1931 game? No one there could see the 1983 “toilet bowl”, a 0-0 score was played in the heavy rain, made 11 turnovers, 5 interceptions and 4 field goals.

But there are some good moments. Memories were made, the Rose Bowl berth was won, and seven first-round NFL draft picks were snapped up as quarterbacks. By giving the competition a new name, these will not be reduced.

In 2004, I wrote a column to wonder why the longest contest at the Pac-12 conference did not have a trophy. A few days later, I received an email from a man named Warren Spady, who announced: “The game does have a trophy.

Spady now lives in Roseburg and is a long-term fine arts student in Oregon. In 1959, he was chosen to carve a trophy from a maple tree for the game. The “platypus trophy” ended in two feet wide and 18 inches high. After the annual football match, the presidents of the student unions of the universities replaced it with a spell.

Dan Williams, a former UO vice president, also read the 2004 column. Williams reached out and told me that he remembered that when Hayward Field served as the UO Student Union Chairman in 1961, after the 6-2 Beaver win that year, he gave the Platypus trophy to OSU’s Student Council President.

The loot was stolen from the Gill Coliseum loot case through fraternity and subsequently recovered. Then, a year later, someone broke in and stole it again. Eventually, it disappeared.

Williams (Williams) began searching in the second half of 2004. A few months later, the sports department staff found it in the storage room of the Moshofsky Center in Autzen Stadium. Spady was summoned to Williams’ office, where the artist identified it and signed it. Now, the trophy is exchanged by the respective college alumni association.

It’s time to get it back to the forefront of this competition.

Did you change your name

of course. I came in. Let us eliminate any confusion. This kind of university competition has nothing to do with war. This is about the duck and the beaver coming together. Only one animal on earth can understand their beauty.

76ers coach Brett Brown said: “There is an Al team and a Joel team”