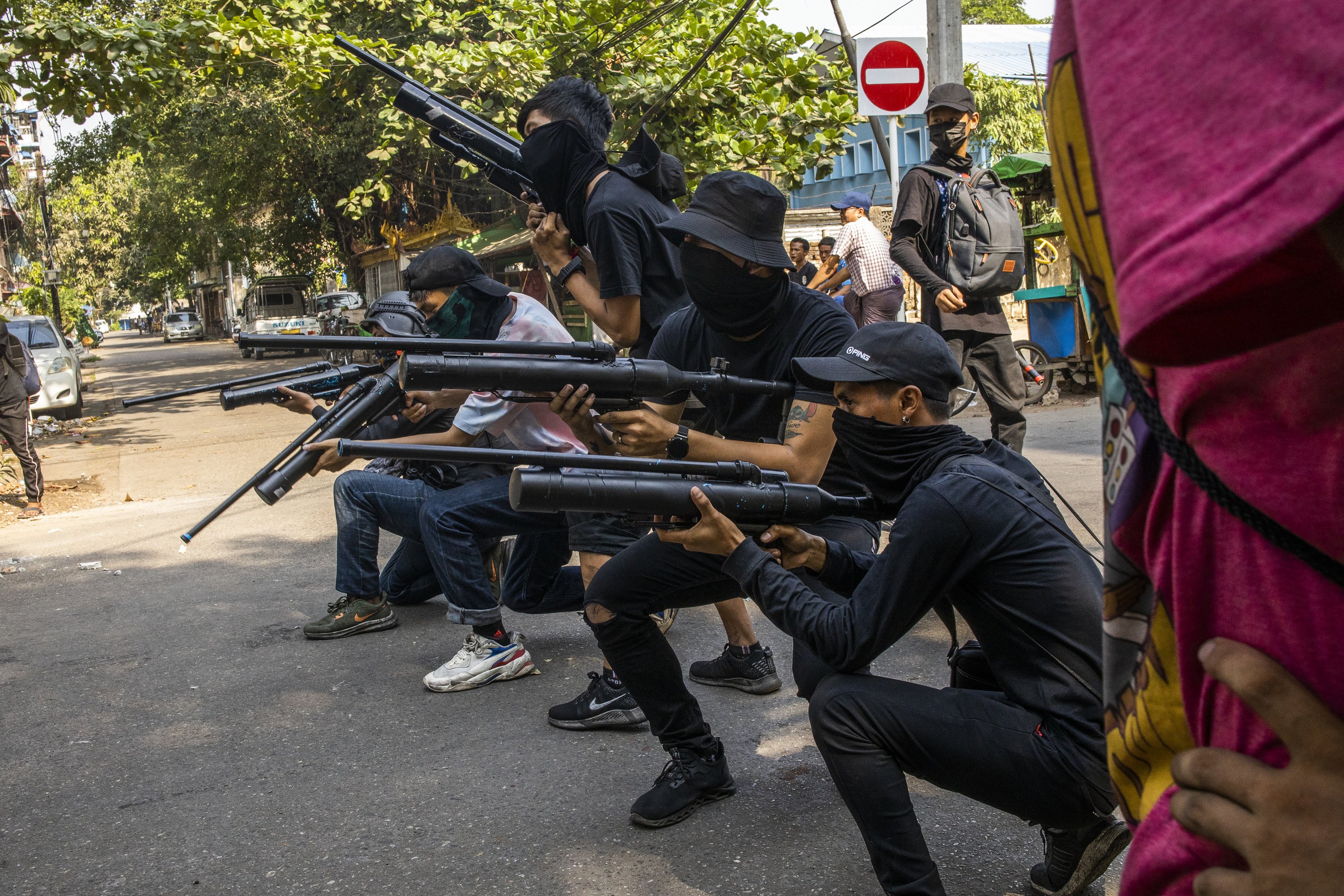 Yangon, Myanmar-Local media reported that security forces in central Myanmar opened fire on anti-coup demonstrators on Saturday, killing at least two people. A human rights organization said that the violence that has occurred since the military takeover on February 1 has killed at least 550 civilians.

According to the Myanmar Political Prisoners Aid Association, 46 of them are children. The organization said about 2,751 people were detained or sentenced.

Threats of deadly violence and arrests of demonstrators have failed to suppress daily demonstrations across Myanmar, demanding the resignation of military forces and the restoration of a democratically elected government. The coup reversed the slow development of democracy in Southeast Asian countries over the years.

The Myanmar News Agency reported that government forces opened fire on demonstrators in Monywa, killing at least two people. A video posted on social media showed that a group of protesters took a young man away. Gunshots sounded and the head appeared to be seriously injured. His condition is not immediately known.

The Myanmar Times quoted a member of the local rescue team as saying that at least seven people were injured in the shooting. Two of them were seriously injured and detained by soldiers.

Local media quoted eyewitnesses as saying that armed plainclothes police detained five people after talking to CNN reporters in a market in Yangon, the country̵

According to the Myanmar Times, it was reported that two women shouted for help when they were arrested. An eyewitness told the news agency that a police officer with a gun asked if anyone would dare to help them.

An eyewitness said to two police officers: “They aimed their guns at everyone, including passers-by and people in shops.” They forcibly took two other women from the market.

At the same time, the Karen National Union, a minority rebel group that represents the rebels, has been fighting the government for decades. They condemned the “nothing” against villages and “unarmed civilians” in their homes on the border with Thailand. Intermittent bombing and air raids.”

“The attack resulted in the death of many people, including children and students, and destroyed schools, homes and villages. These terrorist acts are clearly a flagrant violation of local and international laws,” the organization said in a statement.

About 3,000 Karen fled to Thailand, But many people returned without knowing it. The Thai authorities said they had returned voluntarily, but aid organizations said they were not safe and many people were hiding in the jungles and caves along the border with Myanmar.

For decades, more than a dozen ethnic minority groups have sought greater autonomy from the central government, sometimes even through armed struggle. Several major groups-including Kachin State, the Karen ethnic group and the Rakhine State Army-condemned the coup and said they would defend the protesters on their territory.

After Internet access was interrupted overnight for several weeks, the Myanmar military closed all links on Friday except for all links using fiber optic cables, and the working speed of fiber optic cables was greatly reduced. On Saturday, access to mobile networks and all wireless devices (the cheaper option used by most people in developing countries) remained restricted.

Burma suffered a crushing defeat under strict military rule for fifty years, which led to international isolation and sanctions. As the generals loosened their control and were eventually promoted to leadership by Aung San Suu Kyi in the 2015 general election, the international community took corresponding countermeasures, removing most sanctions and injecting capital into the country.