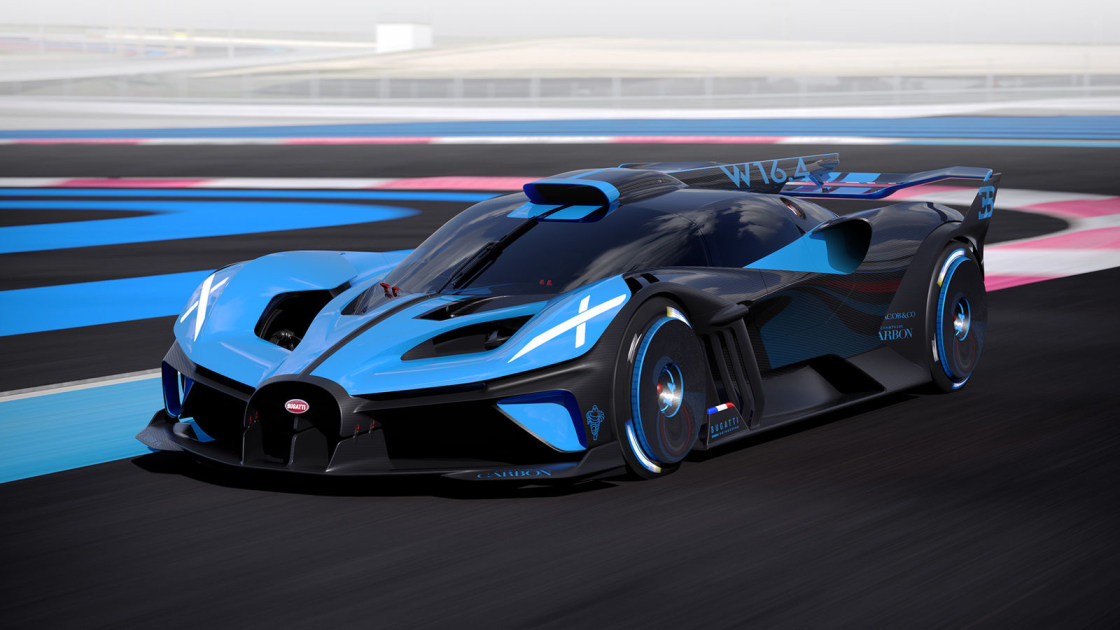 When French automakers challenge themselves to reach new heights, Bugatti’s Bolide will happen. Not only is it a fast, luxurious demon like Chiron-it was built from the ground up to destroy the racing track. The company called it the fastest and lightest car ever, with a top speed of more than 310 mph, a power of 1,825 horsepower, and a weight of only 2,734 pounds. This gives a power-to-weight ratio of 0.67hp per pound, keeping it in line with Formula One racing. All the time, it still looks like a Bugatti.

Bolide also has a unique “deformable”

; skin on its roof air intake, which the company claims can provide “active airflow optimization.” At low speeds, it is smooth as usual. But once the speed is increased, it becomes a bubble area to reduce aerodynamic resistance. This may sound like a head, but Bugatti says that deformed skin can reduce resistance by as much as 10%, while lifting power is reduced by 17%.