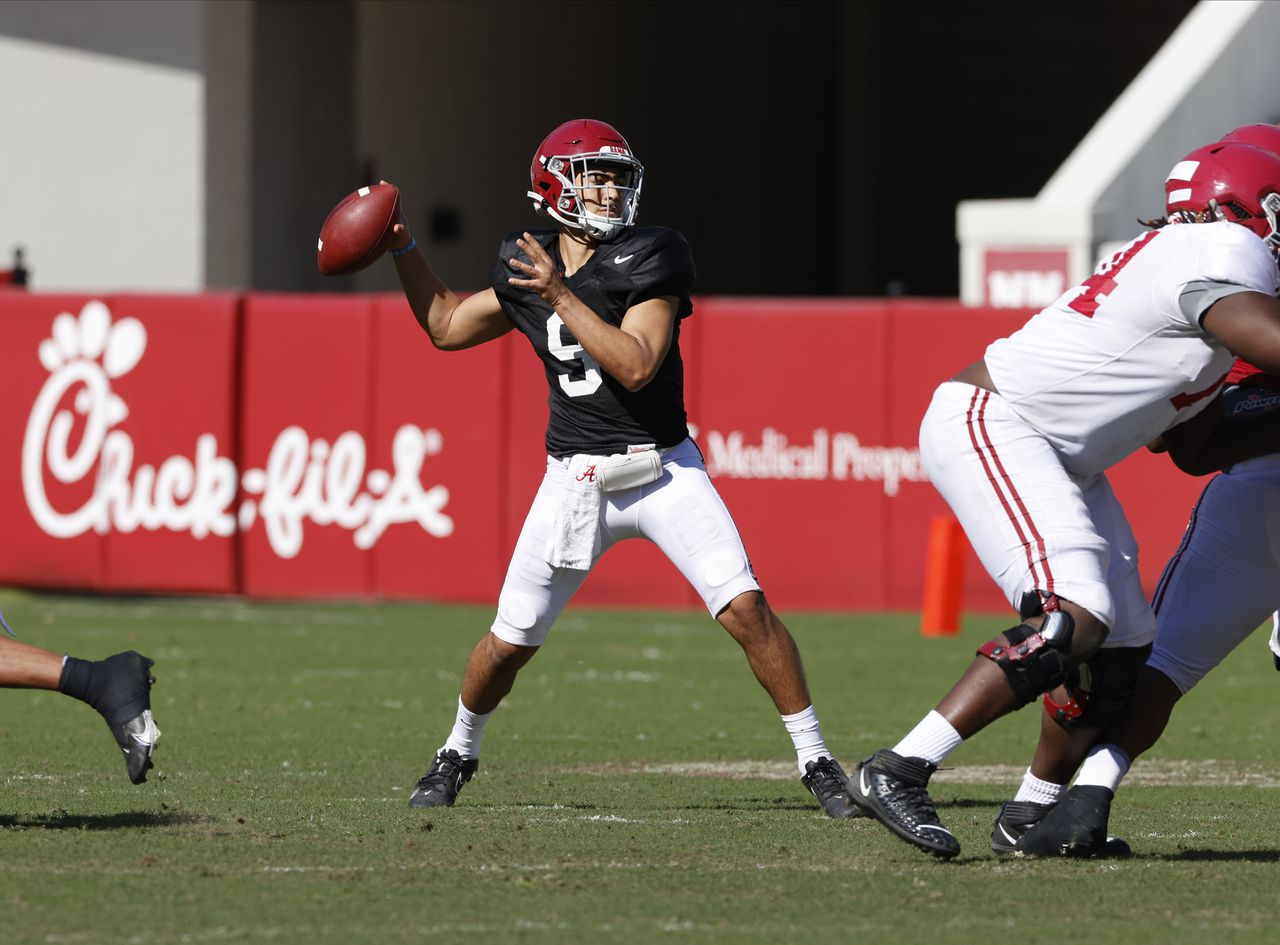 On Friday, the first spring melee took place in Alabama.

Although it is not open to the media or the public, the following is what AL.com has learned from this melee:

-Bryce Young is the favorite to replace Mac Jones as the starting quarterback of the Crimson Tide, with an outstanding performance. The former five-star recruit was within four touchdown passes, including a couple against Alabama̵

7;s first-team defense. Two of the touchdown passes went to the near end of Cameron Latu. Others went to the wide receivers Javon Baker and Xavier Williams. The first Young-Latu touchdown was a successful pass from Young to wide receiver Slade Bolden. “I think Bryce did a very good job management, he was also very accurate in pitching, and did a good job,” said Alabama coach Nick Saban. “Done some explosive dramas. But I think that when he is on the court, managing the whole situation on the offensive end is really good.”

-Latour seems to have made a good start in the spring. After being praised by Saban last week, the red-shirted junior leggings scored two touchdowns on Friday. Saban said last week: “So far, Latour has done a very good job.” “He did show a certain degree of maturity and he has done very well.”

The Junior Division ran back to Keilan Robinson and returned after exiting last season. He broke through at least one run in the melee and achieved good results.

-First-team safety DeMarcco Hellams scored six shots early in the trials. He intercepted a pass from quarterback Paul Tyson and passed it back to a touchdown.

—Not surprising, but outside guards Will Anderson and Christopher Allen were both active and destructive throughout the melee. Both have multiple sacks. It sounds like junior king Mwikuta and sophomore Quindarrius Robinson are the other two outside guards, and they have recorded at least one sacks.

Matt Zenitz is a senior SEC football reporter for Alabama Media Group.Follow him on twitter @mzenitz.