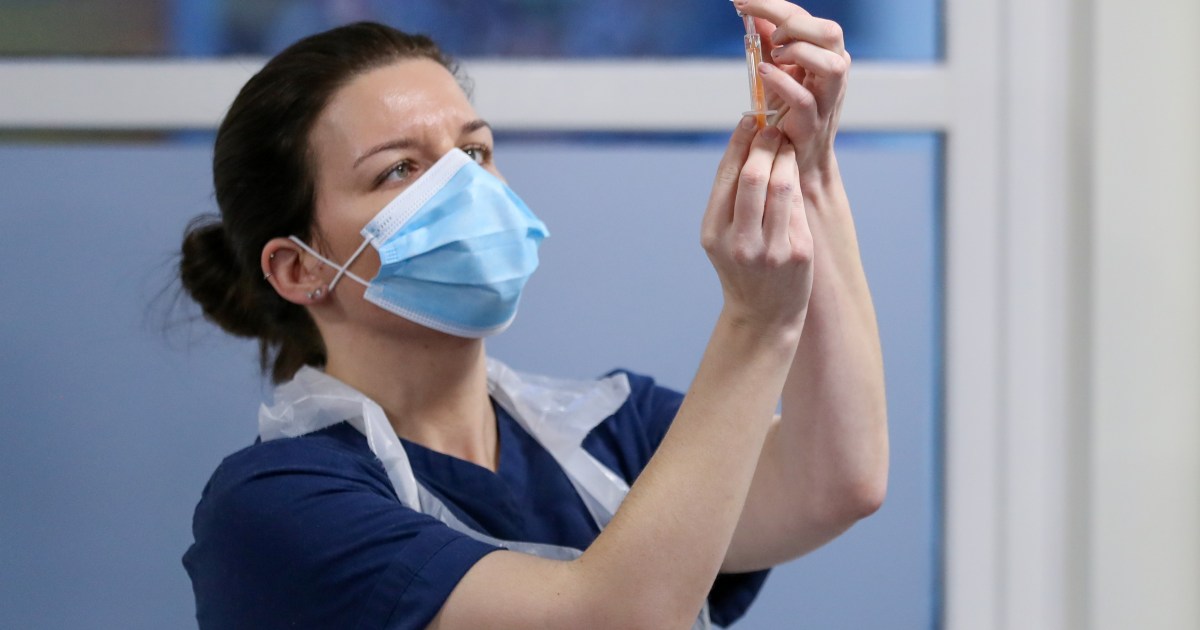 A British minister raised concerns that the COVID-19 vaccine may not work properly against the new and highly transmissible variant of the coronavirus discovered in South Africa.

Transport Minister Grant Shapps told LBC Radio in the United Kingdom: “This variant in South Africa worries experts because it may be a different response or a different effect of the vaccine.” “This South African variant – this It is a problem that scientists are very concerned about.”

At the time of comment, the world’s leading vaccine manufacturers are eager to see if their vaccines can fight the new mutations of the new coronavirus discovered in South Africa and the United Kingdom.

British scientists say that the variants found in the UK have dominated parts of England, but they still seem to be easy to vaccinate. This variant has also been found in the United States and other countries.

The first variant discovered in South Africa has an additional mutation called E484K, which puts scientists on the margins.

According to a laboratory study conducted by the US pharmaceutical company Pfizer, the COVID-19 vaccine produced in cooperation with the German company BioNTech seems to be resistant to these two key mutations.

The study has not been peer-reviewed, showing that the vaccine can effectively neutralize the so-called N501Y mutant virus with a spike protein.

Phil Dormitzer, one of Pfizer’s most important virus vaccine scientists, said, “It is very reassuring to find that at least this mutation (which is one of the mutations that people are most worried about) does not seem to be a problem.”

Most vaccines launched worldwide will train the human body to recognize and fight against spike proteins. Pfizer collaborated with researchers at the University of Texas at Galveston to conduct laboratory tests to understand whether this mutation affects the ability of its vaccine.

They used blood samples from 20 people who received the vaccine. According to this study, the antibodies from those vaccinated successfully defended against the virus in the laboratory dish. The study was published on the researchers’ online website on Thursday.

As the virus spreads from person to person, subtle changes continue to occur.

Since the coronavirus was first discovered in China in December 2019, scientists have used these subtle modifications to track its movement around the world.

Pfizer’s research found that the vaccine seems to be able to fight another 15 possible viral mutations, but E484K is not in the test range.

He explained that if the virus eventually mutates to a sufficient level to adjust the vaccine, just like the flu vaccine is adjusted in most years, it will not be difficult for Pfizer or other vaccine manufacturers to adjust the formula.

The vaccine is made from a piece of viral genetic code and is easy to convert, although it is not clear what additional tests the regulator will need to make this change.

Dormitzer said this is just the beginning of “continuous monitoring of virus changes to see if it might affect vaccine coverage.”

Anthony Fauci, a top US infectious disease expert, recently stated that the vaccine is designed to identify multiple parts of the spike protein, so a single mutation may not be enough to stop them.

After Biden took office, the head of the Consumer Bureau resigned