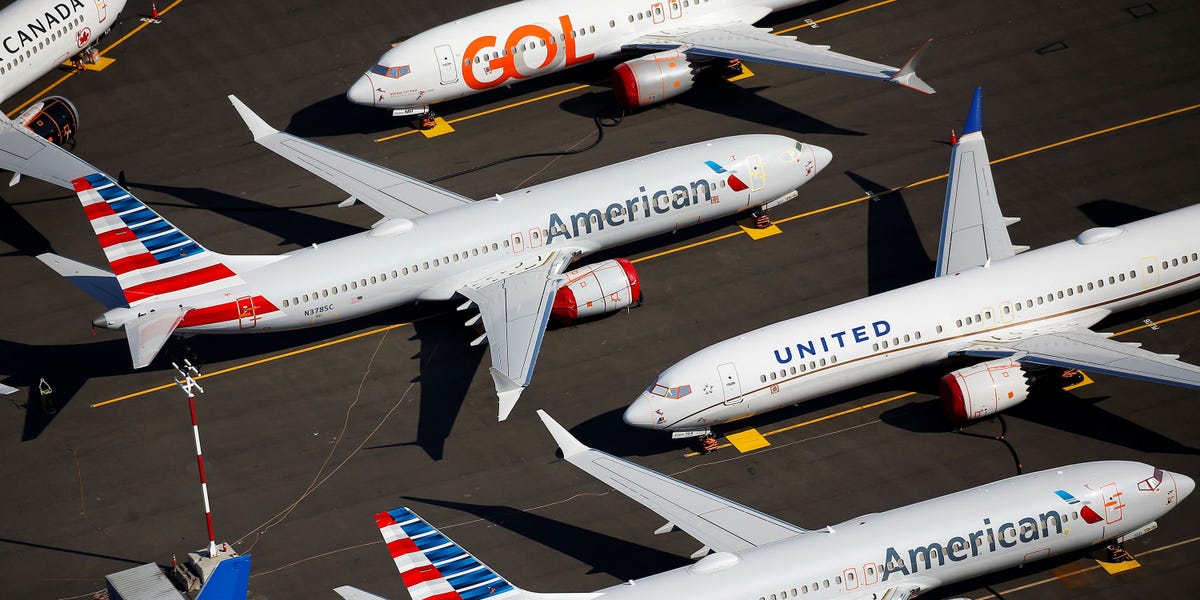 Since the Federal Aviation Administration issued a preliminary summary outlining Boeing’s review of repairs to the malfunctioning aircraft, the Boeing 737 Max has taken one of the final steps required before resuming service.

The Federal Aviation Administration (FAA) issued a notice of proposed rulemaking on Monday, outlining the airworthiness directive, which will detail its approved updates to the 737 Max and require airlines to implement these changes to return the aircraft to service. After two crashes that killed 346 people, the Max has been grounded since March 2019.

Among these changes, 737 Max operators will be required to install a modified software system on the flight control computer of the aircraft, then make a major redesign of the computer, and then upload the new software for the aircraft’s display system. 737 Max operators will need to use the revised flight manual, install new wiring for the aircraft’s horizontal stabilizer, complete the test of the angle of attack sensor system of each aircraft, and conduct operational test flights.

The FAA also released a preliminary summary of its review of the aircraft.

The proposed changes and summary outline the changes outlined for the aircraft by the FAA and Boeing safety inspectors and engineers for the first time in a formal public setting.

Boeing completed the recertification flight with the Federal Aviation Administration (FAA) in late June and early July. This is one of the last major obstacles that aircraft manufacturers must overcome before the aircraft can fly again. During the flight, Boeing and FAA engineers tested various modifications to the jet.

In the preliminary summary, the FAA wrote that it found that Boeing’s proposed changes to the Max design, as well as flight crew and maintenance procedures, “effectively alleviated the aircraft-related safety issues that led to the 610 and 302 accidents.”

The summary also added that the proposed changes “also resolve safety issues not discovered during the accident investigation.”

After the Office of the Federal Register issued a notice of the proposed rulemaking, a 45-day public comment period will be held before any final decision is made, which indicates that the aircraft may be allowed to fly in mid-September.

The first fatal accident of the 737 Max was Lion Air Flight 610, which crashed into the Java Sea in Indonesia in October 2018 12 minutes after takeoff. During this period, the pilot struggled to control the aircraft. The crash caused 189 deaths.

Although the new flight control system for the 737 Max (the latest version of Boeing’s 55-year-old workhorse) immediately surfaced, the aircraft is still in service, and Boeing and the FAA issued emergency airworthiness directives, and Warn the pilot of possible control problems.

The second crash occurred in March 2019, when Ethiopian Airlines Flight 302 crashed six minutes after taking off from Addis Ababa, Ethiopia, killing all 157 people on board. Within a few days, this aircraft was grounded worldwide. On March 13, 2019, the United States became one of the last countries to ground this aircraft.

Investigators found that both crashes were related to an automated system called the Manipulative Characteristics Augmentation System or MCAS.

MCAS aims to compensate for the larger 737 Max than previous 737-generation engines. A larger engine may cause the aircraft’s nose to tilt upwards and cause a stall. In this case, MCAS can automatically point the nose down to offset the effect of engine size.

However, the system can be activated by reading error information from a single attack angle sensor, without any redundancy or backup. In both crashes, the sensors were deemed to have failed, sent erroneous data to the flight computer, and the automated system was triggered without proper redundancy checks.

Although the grounding was initially expected to last for several weeks, Boeing and the FAA discovered more safety hazards-eventually requiring Boeing to redesign the aircraft’s entire flight computer, not just the MCAS software.

A large number of federal investigations into the jet’s design are currently under way as part of an effort to determine how to certify it in the first place and whether there is criminal negligence behind the design.

Whether other countries will accept the FAA’s decision on the aircraft (an industry standard) or conduct their own re-certification flights is still a question, which will constitute a loss of status for US agencies.

Boeing has previously stated that it expects the aircraft to be put back into service in the second half of this year. Although airlines are eagerly awaiting the return of the aircraft, the decline in travel demand due to the coronavirus pandemic has made the need for additional capacity tedious.

Since the beginning of the coronavirus pandemic, consumer confidence has soared to its highest level

Elon Musk says he will not take the coronavirus vaccine