Bloomberg: Falling prices indicate that the NFT boom may be fading 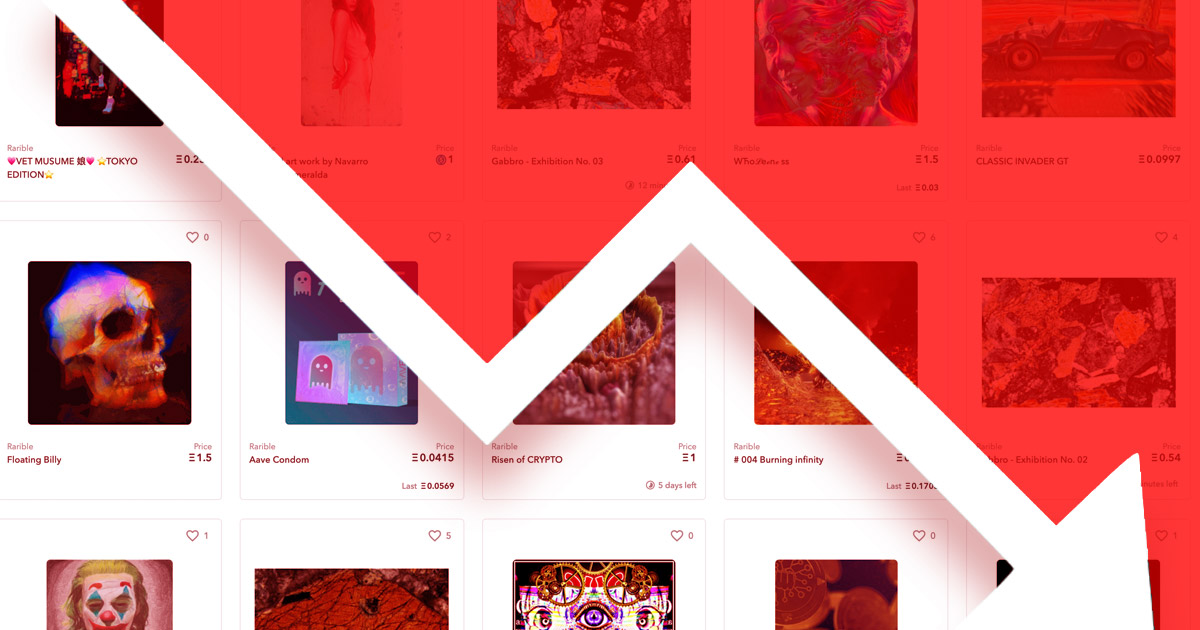 The average price of non-homogeneous tokens (NFTs) has rapidly fallen by 70%, which indicates that the latest “crypto boom” may be fading, just like the speed that has swept the world recently. Bloomberg Experts pointed out yesterday.

According to data provided by Nonfungible.com, a platform that monitors various NFT markets, the average price of cryptocurrency collectibles reached a peak of approximately $4,300 on February 22. However, the market has since cooled down significantly as the median price dropped to approximately $1

It is worth noting that the highest price and record-breaking “Everydays: The First 5000 Days” (NFT artwork created by crypto artist Beeple) sold for more than $69 million. Soon thereafter, the average price of NFT fell to $650, although it briefly surged again to $3,600 on March 11.

At the same time, some experts believe that it is unfair to call the NFT market a “bubble” despite price fluctuations.

Chris Wilmer, a scholar at the University of Pittsburgh, is also a co-editor of the blockchain research journal. He told the media:

“It is meaningless to describe a concept as a financial bubble. NFT will not have a bubble, just like “cryptocurrency” is a bubble. There will be fanatic and irrational prosperity, but in the long run, cryptocurrency will obviously stay with us By your side, NFT may also coexist with us.”

The high price of Beeple NFT makes it the third most expensive artwork sold by living artists, second only to Jeff Koons and David Hockney. The latter recently revealed that he does not like digital collectibles, calling them tools for “international scammers and scammers”.

In 2018, Hockney sold his physical painting called “Portrait of the Artist (Swimming Pool with Two Figures)” for $90.3 million through Christie’s auction house, which is the painting that sold Beeple’s artwork recently. Hockney said in yesterday’s “Waldy and Bundy’s Art Adventures” podcast that NFTs are easily “lost” and cannot be compared with actual objects.

Although his description is quite broad, Hockney’s concerns may have its merits. This is because the NFT does not actually contain the artwork attached to it. Essentially, such tokens are just encrypted links to traditional files hosted on the server. Moreover, if the server fails, the owner of the NFT cannot even directly access the media files represented by their tokens (except for downloading them from other third-party sources).

Similarly, Hopney was not impressed by Beeple’s record-breaking works, calling it a collection of “stupid little things”. He commented on Beeple’s work:

“I saw the picture, but it looked like a stupid little thing. I don’t know what it is.”

At the same time, the blockchain development startup Enjin recently announced the launch of a new decentralized network specifically for NFTs. Whether it is a bubble or not, the technology does not seem to disappear anytime soon.

Get a edge In the crypto asset market

As a paid member, access more encrypted insights and context in each article CryptoSlate Edge.