Before and after: How the 2011 earthquake changed Christchurch | World News 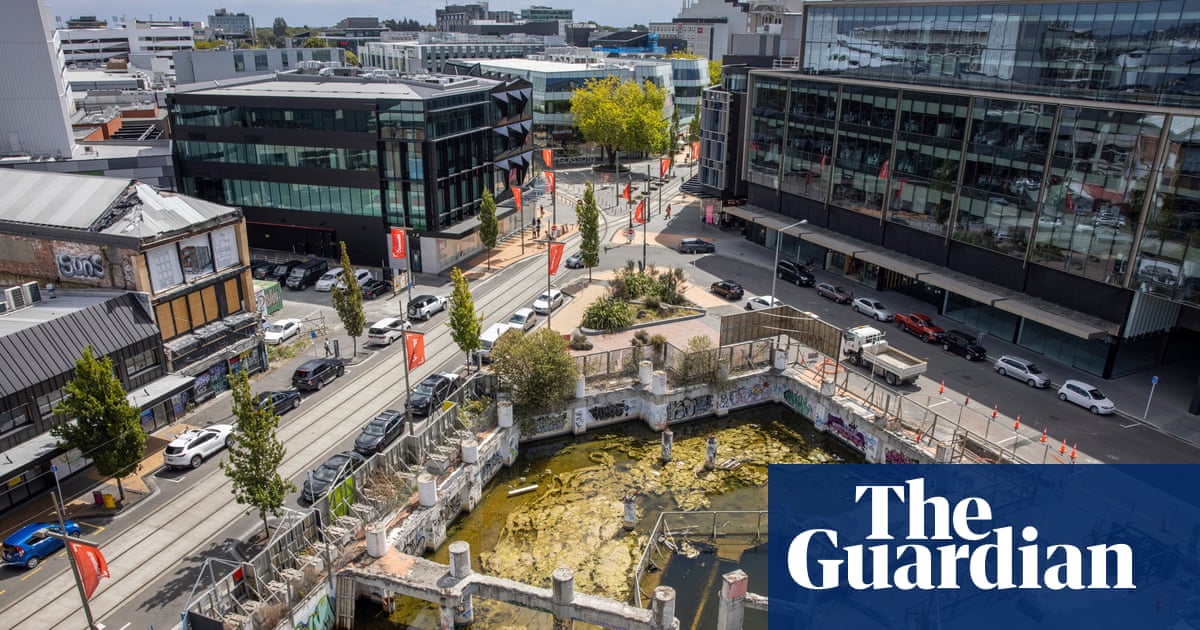 Christchurch Mayor Lianne Dalziel was born and raised in the city she now represents. But she found it difficult to describe the changes since the earthquake.

Dalziel said: “I don’t know if this is after the disaster.” “But for me, it is sometimes difficult to remember the past.”

Many Christchurch residents say so. In the 6.3 magnitude earthquake, 1

85 people were killed, tens of thousands of lives were destroyed, and 80% of the city center was reduced to rubble. In the past ten years, their residences have undergone tremendous changes.

Today, after a period of continuous construction, the streets of Christchurch are very lively: first, commercial development of glass-faced office buildings and high-end retail spaces, and then restoration or replacement of civil and cultural buildings.

Although the reconstruction work is still in progress, the traces of vandals-buildings with broken walls and land the size of a sports field, are intended for development-rather than locals, who are more likely to notice tourists and they know the development of the city.

Dalziel said: “From time to time, I will pass the eyes of people who have been here for the first time in a long time, see this city, and hear their excitement about what…it is becoming.”

Ten years later, Christchurch is no longer the premier earthquake damaged city, but the progress so far has been slow and hard-won. In 2013, the cost of recovery was $40 billion; it could be more.

When asked about the missed opportunities for reconstruction, Dazier smiled. “How long have you been?”

Emphasizing in hindsight, Dalibel’s advantage-who was elected in October 2013, nearly three years after the earthquake-said that the agency could be better aligned.

Dalziel said the lessons of the Christchurch Enhanced Infrastructure Reconstruction Team (SCIRT) have been publicly released to benefit other cities facing post-disaster reconstruction.

But the decisive issue for reconstruction is the relationship between the local government and the central government.

On May 1, 2011, the central government established the Canterbury Earthquake Recovery Authority (Cera), a public service bureaucracy with extensive powers to lead the post-disaster response, including the response to local authorities.

The approach taken by Cera caused widespread dissatisfaction, and both the city council and residents felt backed down.

Dalziel suggested that the central government and the council could have set up a separate entity to operate together and appoint directors who are responsible to both parties.

In April 2012, a department within Cera took over the reconstruction of the central city and developed its own version of the Council’s draft recovery plan, the so-called “blueprint.”

It is based on specialized areas such as innovation, health and performing arts; and “anchor projects” that hope to encourage organic investment. (One of the “sustainable villages” was finally abandoned last week.)

But Dalzer said that the committee’s public consultation lost local knowledge. The blueprint “is not urban; it is a product of the government.” Cera itself was dissolved in 2016.

At the same time, the council paid close attention to the task of the new central library Tūranga, and community involvement: the completed building opened in October 2018 reflected a resident’s suggestion for the “Harry Potter Stairs” .

It is widely regarded as one of the successes of reconstruction, and the widespread distribution of Christchurch’s population often makes it rebuilt-this usually indicates a real concern for diversity and inclusion in the design process.

Stimulated by private investment, the first buildings after the earthquake seemed to lack civic awareness. For some time, Christchurch’s city centre was dominated by low-rise commercial developments made of glass and steel, such as Deloitte and PWC buildings.

Hundreds of cultural relics have been lost-either due to the earthquake or the demolition movement continued.

The City Hall and the Edwardian Isaac Theatre Royal have been restored and reopened; The Christchurch Cathedral was built in 1905 and did not open until December. (Due to the rare seagull nesting on it, its replacement was postponed Armagh St website. )

The city’s cultural renaissance was led by grassroots organizations such as greening rubble, gap filling, and farming. These organizations established small, often temporary “soft infrastructure” projects to revitalize the city at the street level and establish A personal project.

Gap Filler is now a partner in a large residential project led by Fletcher Living, covering six blocks in the inner city.

The “One Central” project is at the core of the blueprint plan to increase the number of residents in downtown Christchurch-but the slow start of sales has raised concerns that buildings may exceed demand.

It talked about the evolving challenges in reconstruction. The Christchurch city center is unrecognizable in the disaster zone after the earthquake and has changed a lot from five years ago. And this city that has not yet become a city is still emerging.

No matter what buildings have been built so far, Dalziel said: “We are definitely the best city in the future… In every disaster, in any crisis, there will always be opportunities-Christchurch has all the opportunities, and now people can see them.”

For her, the new Christchurch is most visible along the Avon River: the new Riverside indoor market, independent theaters and the location of trendy new hotel developments.

“If I had walked on a summer evening, there would be people everywhere: in bars and restaurants, in family groups, going out for walks and cycling-there would be such a happy feeling… you would never want to go back to the original The way used to be.”

Registration for the Joint Center COVID-19 vaccine will open on Thursday, and the site will be open one day than previously announced